Cebu – one of Asia’s top islands 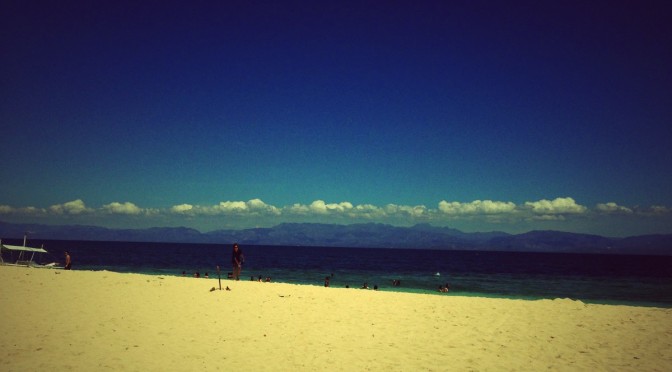 Since its pre-colonial past, Cebu has been a destination, and the forebears of nations in Asia and the countries in the Middle East had come to its shores and experienced its people’s hospitality.

Today, this island in the center of a group of big and small ones that make up the Philippines continues to attract and amaze visitors, and international travelers in the latest Conde Nast Readers’ Choice Awards survey published in November 2012 picked it Asia’s seventh best island, ranking it with such tourist draws as the Maldives, Bali, and Phuket.

Close to a million foreign guests, on average, visit what people call the Queen City of the South throughout the year. They come to check out the white sandy Cebu beaches that can be found all throughout this narrow length of land that is 122 miles from end to end and nowhere exceeding 20 miles across.

Cebu island’s unique topography that includes a mountain range running north to south, rising to 3,400 feet at its peak and tapering down on both ends, gives Cebuanos easy access to the mountain as well as the sea and provides a variety of nature sites like rivers, waterfalls, springs, and caves.

Some are popular and easy to get to like Kawasan Falls in Badian and Mantayupan Falls in Barili, both in southern Cebu, while navigating through uncharted ways to reach other similar wonders is in itself an adventure.

Kawasan Falls in Badian Island is a must-visit destination in Cebu. (Photo by Marlen Limpag)

Other places need special guides, such as Argao’s Balay sa Agta (House of the Ogre) cave where in the darkness an entire ecosystem thrives, and in the blackness flows a river that pools at the structure’s innermost recesses.

The diving scenes in Moalboal, Malapascua, and Mactan rival the best in the world, with its underwater walls and slopes that host a wonder of reef fish like lion and bat fish, bigger species like barracudas, mackerel, tuna, and thresher sharks, as well as sea cucumbers, turtles, and other marine life.

In the more than a hundred islands of various sizes, some uninhabited, that form part of the geographical territory of Cebu and along the coastlines in the mainland are beaches with sand so white and fine and seawater so clear and clean.

Some of the beaches with the finest sand can be found in the islands of Camotes and Daanbantayan, no more than three hours from the metro. Closer to the central city of Cebu are premier resorts like Shangri-La’s Mactan Resort and Spa and Maribago Bluewater Beach Resort in the island of Mactan.

WHITE SAND BEACHES. Cebu is known for its white sand beaches such as this one in Basdako in Barangay Saavedra, Moalboal, Cebu. (Photo by Max Limpag)

West of Cebu City is a town that is every adventure seeker’s paradise. Aloguinsan offers a banca ride by the Bojo riverside, which teems with mangroves sheltering several species of birds, or to a hidden white sand beach in the town; its caves host a world of wonder for the avid spelunker.

Dalaguete, a mountain municipality, is the island’s vegetable basket and summer capital and a haven for trekking enthusiasts. A trek through the Mantalongon mountain range in the town is a discovery of valleys, canyons, plateaus, and prairies.

In Cebu’s towns and cities and underwater are places of beauty rarely travelled, and a journey to any takes time, effort, and determination.

Across the island is a heritage of centuries-old Spanish period churches that have withstood the ravages of time. Built with strong cut coral stones during Spain’s colonization of the Philippines, the structures have survived wars and other calamities and show the spread of Christianization throughout the island.

Considered the oldest of these churches is the Basilica Minore del Sto. Nino de Cebu (Church of the Holy Child of Cebu), which retains the original stone texture and natural color it had in 1735.

The founding of the church happened much earlier, in 1566, on the very spot where a soldier of Spanish conqueror Miguel Lopez de Legazpi found the image of the Sto. Nino preserved in a burned wooden box, but the structure built then was made out of hard wood, mud, and nipa and did not survive the fire that hit it and neither did the few rebuilding attempts before 1735.

OLD CHURCHES. Cebu is also known for its old churches such as the St. Francis of Assisi Church in Dumanjug, southern Cebu. (Photo by Max Limpag)

Its facade blends Muslim, Romanesque, and neo-classical architecture and bears similarities to other churches built by the Spaniards all over Cebu using the same coral and hardwood materials.

Built between the late 18th century and mid-19th century, the churches have Gothic, Grecian, Muslim, Roman, and baroque-rococo influences and are in varying degrees of preservation.

Triangular pediments and bas reliefs of saints, birds, cherubs, or floral motifs on facades are common.

These churches, around 30 in all and mostly built by the Augustinians in Cebu, show proof that this island in the south is the cradle of Christianity in the Philippines and Southeast Asia.

Most Cebuanos are Roman Catholics and practice their beliefs by going to Sunday masses and observing the religious rites faithfully.

The Sinulog Festival, with its religious and cultural activities, is one of the most anticipated celebrations in Cebu. The Fiesta Senyor celebrates the feast of the island’s protector, the Senor Sto. Nino de Cebu.

Christmas is celebrated longest in the Philippines and it is no different in Cebu. People play Christmas songs and put up decorations as early as September.

Cebuanos also eagerly await the start of the “Simbang Gabi” and try not to miss one of the nine successive dawn masses that start every December 16.

Outside of the capital, Manila, the island of Cebu is among the fastest growing centers in the country, its economy buoyed by the rising number of business process outsourcing (BPO) and information technology companies sprouting up all over the metro.

A situationer from the Board of Investments (BOI) Cebu extension office showed 19 firms signing up to invest P43.21 billion worth of projects in Cebu in 2012. Three of the projects are into power generation and their total cost made up around 90 percent of total investments for the year.

Economic officials said the growth of the BPO and IT industry, identified as a major source of employment in Cebu, is also driving up construction and real estate.

In the first half of 2012, the Philippine Economic Zone Authority-Mactan office reported new investments of P7.845 billion in Cebu. These include six new investments in manufacturing zones and 39 in IT parks and buildings, which currently employ a total of 146,447 workers. Peza-Mactan, according to the report, generated exports totaling US$4.06 billion in 2012, with US$3.6 billion being generated by the manufacturing zones and US$484.07 million by IT parks.

In response to the demand for housing from BPO workers and Cebuanos working abroad, big property investment companies are putting up middle- to high- end housing projects and residential condominium units.

Cebu’s tourism industry is also booming. In 2012, total tourist arrivals in Cebu reached 2.23 million, and close to a million of these were foreign travellers.

Central Visayas domestic visitors went up 11.96 percent in 2012 compared to the previous year while foreign guests increased by 12.74 percent over the same period.

Of the total 2.9 million tourist arrivals – 1.75 million of which were Philippine residents and 1.16 million non-residents – in 2012, Cebu contributed 60 percent and 86 percent, respectively.

SINULOG FESTIVAL. The Sinulog Festival, with its religious and cultural activities, is one
of the most anticipated celebrations in Cebu.

Cebu is made up a main island and around 160 smaller ones.

Located at the mainland’s central eastern part is the City of Cebu, which is a local government independent from Cebu Province.

The neighboring city of Mandaue and as well as the city of Lapu-Lapu, which is located on a smaller nearby island called Mactan, are independent as well from provincial supervision. The Mactan-Cebu International Airport is in Mactan, within the territorial jurisdiction of Lapu-Lapu.

Cebu City is made up of 80 barangays divided into two congressional districts: north and south. It is governed by a mayor elected into office for three years per term. The current mayor is Michael L. Rama.

North and south of Cebu City are the towns and cities of the province. Travel to other areas in the mainland are measured in distance from Cebu City.

Cebu Province is home to six component cities, which include Danao, Talisay, Toledo, Bogo, Carcar, and Naga, and 44 municipalities.

It is divided into six congressional districts, with each represented by an elected official at the House of Representatives. Component cities and municipalities are headed by mayors elected into office by a popular vote.

Cebu Province is administered by a governor with a maximum limit of three terms of three years per term. The current governor is Hilardio P. Davide III.

The board, however, does not have legal or institutional powers.