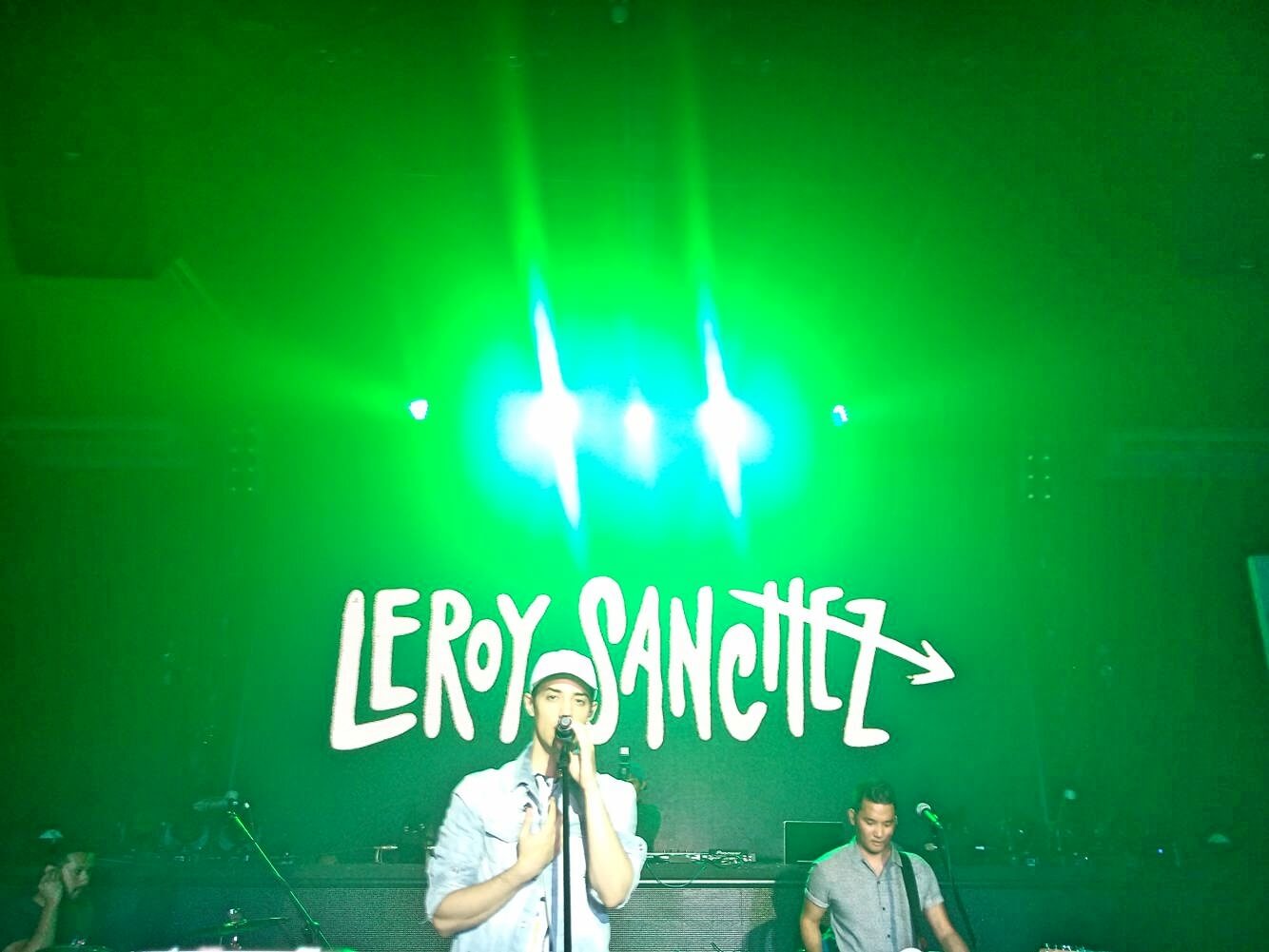 Leroy Sanchez and some of the popular local YouTube performers showcased their talents in “Smart presents Own It Concert” in LIV Superclub in Cebu last July 10.

Already with more than 2 million subscribers on his YouTube channel superleroyvv, Sanchez rose to prominence by uploading cover songs, especially of Adele’s Hello.

He wowed the crowd at the Smart event with his talent and charms, as he jammed with concertgoers while singing his own single “By My Side.”

Sanchez’s video singing Adele’s Hello gained more than 34 million views on YouTube. He has posted more than 50 videos with millions of views covering songs of Sam Smith, Ed Sheeran, and many more.

The Smart concert aims to empower the young to own the best version of themselves. It showcased a series of shows featuring social media celebrities with millions of followers and viewers on YouTube.

Australian pop rock band LYNK, which used to be known as At Sunset, G-force, and Zendee Rose Tenefere were among the lineup of artists at the one-night event.

Smart offered show tickets onsite, with subscribers only needing to load P50 or new subscribers just having to buy a Smart LTE Sim for P24 and loading P50.

LYNK is a band of the brothers Harrison, Andrew and Matthew Kantarias. They started getting known by recording cover songs of One Direction, Justin Bieber, other artists and posting the videos on YouTube. Doing “Thinking Out Loud” by Ed Sheeran gained more than a million views.

Zendee Rose Tenerefe, a Filipina singer, became known after a video of her singing Whitney Houston’s “I Will Always Love You” was posted on YouTube.

“Nadiscover ako na iba yung nag upload ng video ko so parang iyon din yung nagbigay ng idea sa akin. Why not? Bakit di ako gumawa ng sarili kong channel and now I have like a 120k subscribers on Youtube,” she said. (I was discovered when someone else posted a video of me singing. So I thought why not create my own channel and put my videos there.)

Zendee said Jessie J has been her “goalspiration” – millennial-speak for goal and inspiration – and she’s been an avid follower of the international singer starting from when her career was just starting to take off.

For people hesitant to share their talents with the online world, they should realize that YouTube or other social media platforms may be their stepping stone to success, she added.

The dance group Gforce shared its talent on YouTube and was able to create a fan base. It was Georcelle Sy, Gforce artistic director, who encouraged the group to upload videos of their dance routines.

Cebu’s Facebook celebrities Rowell Ucat, who is more known as Medyo Maldito, and Snake Princess were also present. Both are known for their viral videos and hugot lines on FB.

Medyo Maldito said he and Snake princess collaborate on some of his “hugot” videos.

The Gabbie Show and Cameron Dallas are some of the international youtubers he looks up to.

Medyo Maldito said he is tapping his popularity to create a fan base and earn a living. He plans to invest the money he has earned so far. Snake Princess said she is thankful to her supporters and advise those who want to follow in her footsteps to lose the attitude because it is going to be a hindrance.

The death of Leon Kilat

(Editor’s note: Today marks the birth anniversary of Pantaleon Villegas, the revolutionary leader known as Leon Kilat. To mark the occassion, we are republishing an…

Filipinos need insurance to prepare for retirement, a critical illness, or their children’s education and as a form of investment but it is first necessary…