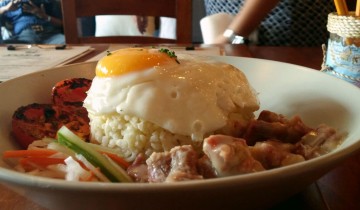 A group of friends with a love for good food decided to share their passion with others and came up with Yolk, a restaurant that serves all-day breakfast in Cebu.

It’s easy enough to see why they picked this name. All but a few dishes in the Yolk menu come with eggs.

You can have your eggs steamed, poached, as an omelette, and paired with a combination of bacon, ham, chorizo, corned beef, kesong puti (native cheese), spinach, tomatoes, or pesto. 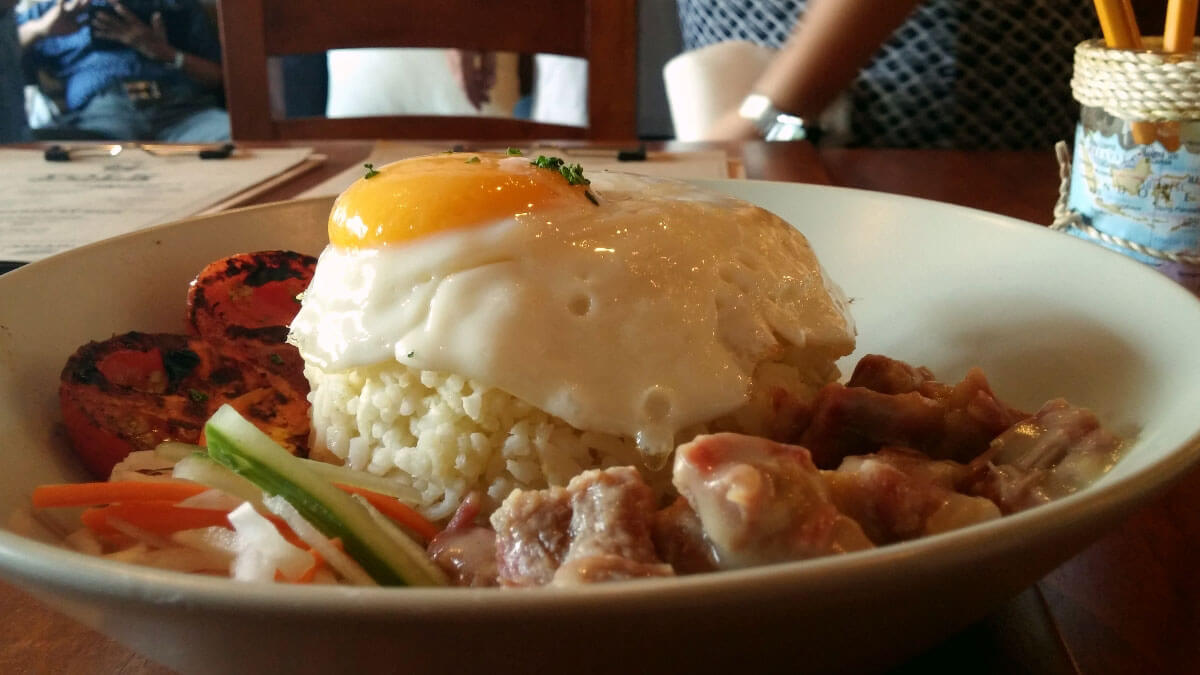 In Yolk, you can have your eggs steamed, poached, as an omelette, and paired with a combination of bacon, ham, chorizo, corned beef, kesong puti (native cheese), spinach, tomatoes, or pesto.

Not a fan of eggs? Don’t worry. There are non-traditional breakfast servings in the Yolk menu as well.

There’s a choice of the Pumba Sandwich, stuffed with the goodness of humba-inspired pulled pork that’s flavored with cream cheese and pickled veggies, the Mighty BLT for bacon, lettuce, and tomato on wholemeal bread, or pancakes.

For the health-conscious diners, Yolk serves the goodness of granola, banana, and yogurt in a jar and mediterranean salad with greens, couscous, feta cheese, tomatoes, and olives. 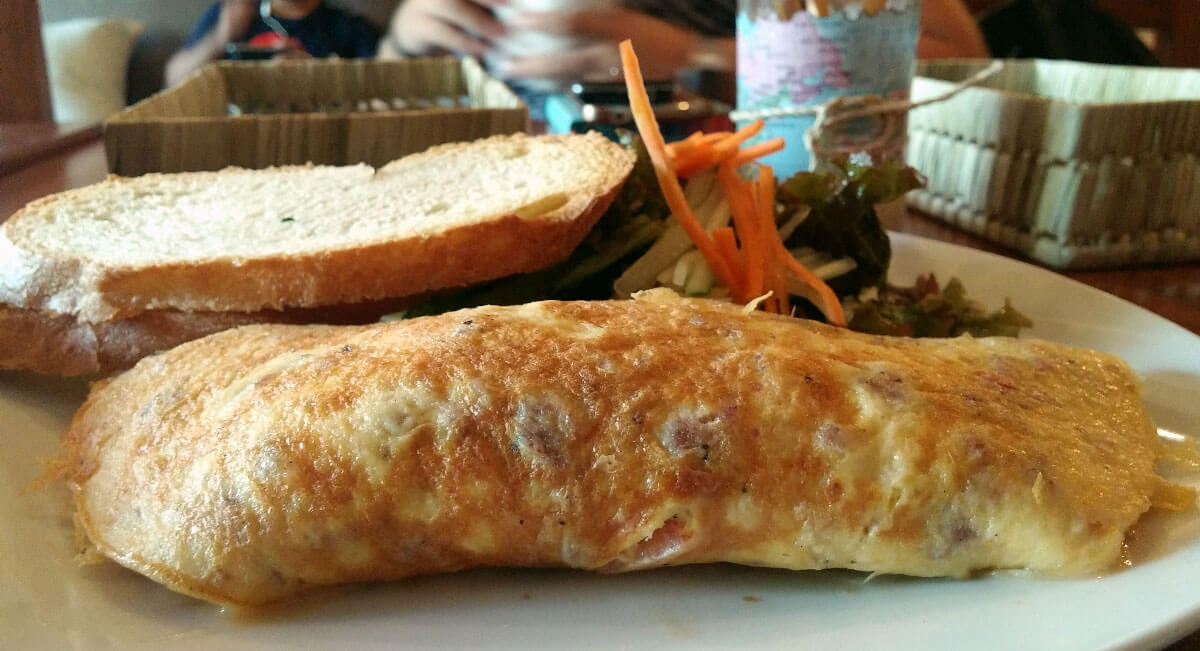 All but a few dishes in the Yolk menu come with eggs. This omelette is a must-order.

Since breakfast is always better with coffee, Yolk provides its customers not just any cup but one made with beans sourced from the Dutch Colony Coffee Co. in Singapore.

The Dutch Colony is both a cafe and coffee roasting company that sources its beans from all over the world, said Anne Kathryn A. Ordoña, finance director of Lucky Peach Food Group.

Dutch Colony belongs to third wave roasters who approach every part of the coffee life cycle – from harvesting to roasting to brewing with careful precision – to bring out their distinct flavors. Starbucks is said to be the emblem of second wave coffee.

Yolk’s third wave coffee is made from two kinds of beans: house blend and single source origin, which is Ethiopia. Yolk is located on Tres Borces St., just a few meters from where it connects with F. Cabahug St. in Panagdait, Mabolo. The entrance to Tres Borces sits beside Bread after Bread, and Yolk customers can use the parking space behind the bakery.

Ordoña, whose husband is the Yolk chef, said they had their soft opening last week. Not all dishes they want to serve are in the menu yet as they’re still getting a feel for what their customers like. 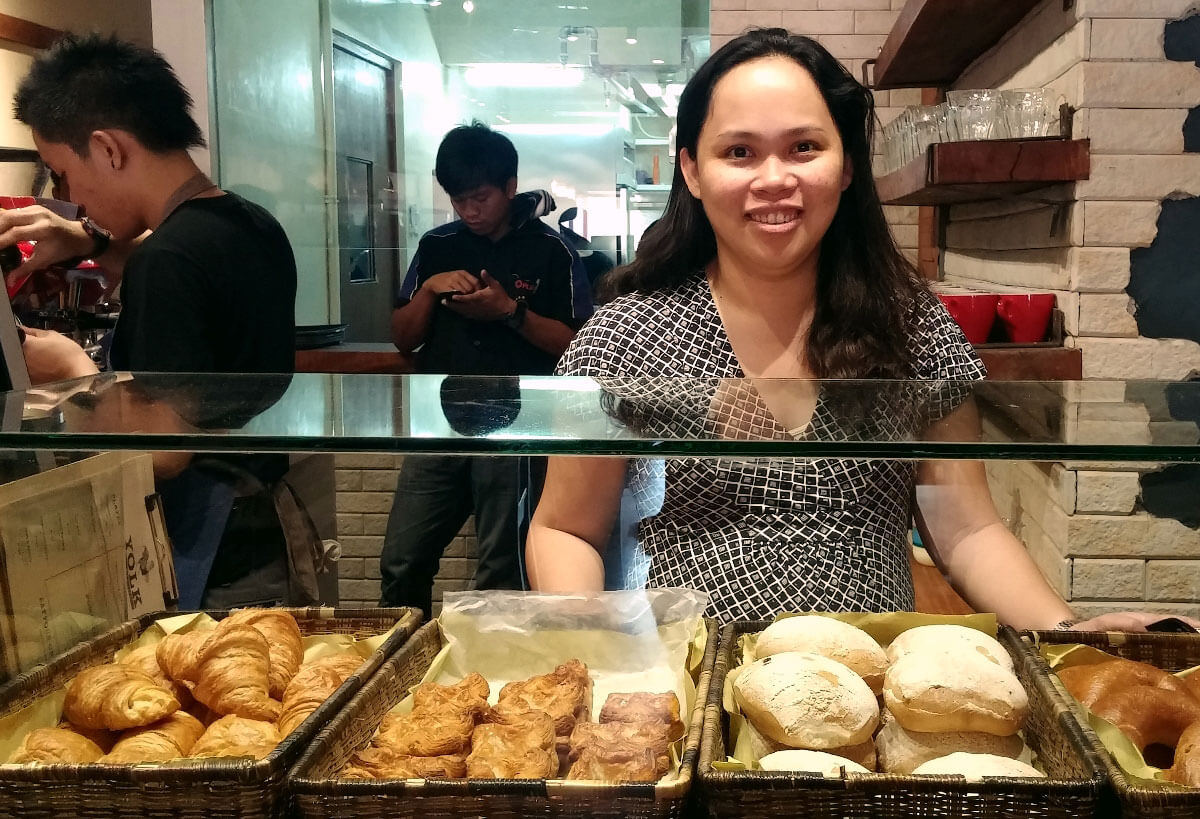 START SMALL BUT STAND OUT. Anne Kathryn A. Ordoña, finance director of Lucky Peach Food Group, says that although Yolk is starting small, they also want to stand out. She is one of four friends behind the restaurant.

There are already so many restaurants in Cebu, but Yolk is not competing with them, said Ordoña. Although Yolk is starting small, it also wants to stand out.

Ordoña, who is one of four friends behind Yolk, said they want to attract urbanites who are exposed to eating out and have money to spend on good quality food and coffee, the older population who love their coffee but seek an alternative to the teen-filled trendy cafes, and tourists who are always on the lookout for good breakfast and new things.

“Yolk is a venture among friends. It’s a passion project of four friends who love food, specifically brunch,” she said, adding they noticed in their travels that it is during brunch that close friends meet and reconnect. 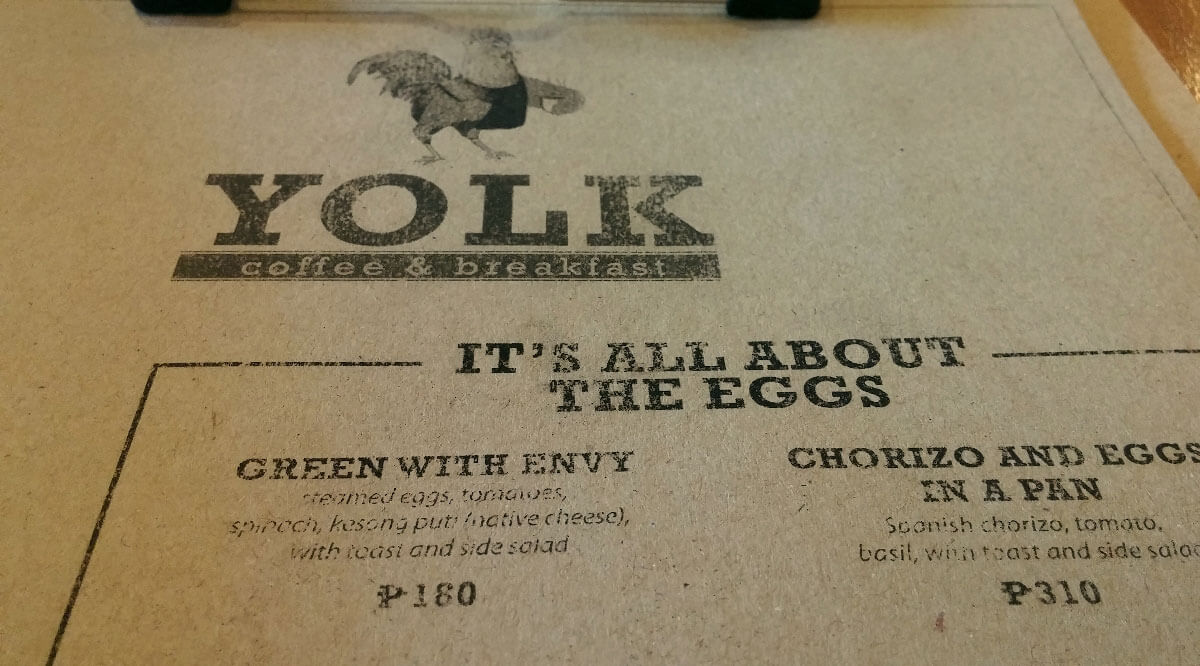 (Disclosure: We were invited to the cafe during the soft opening to try out its food.) 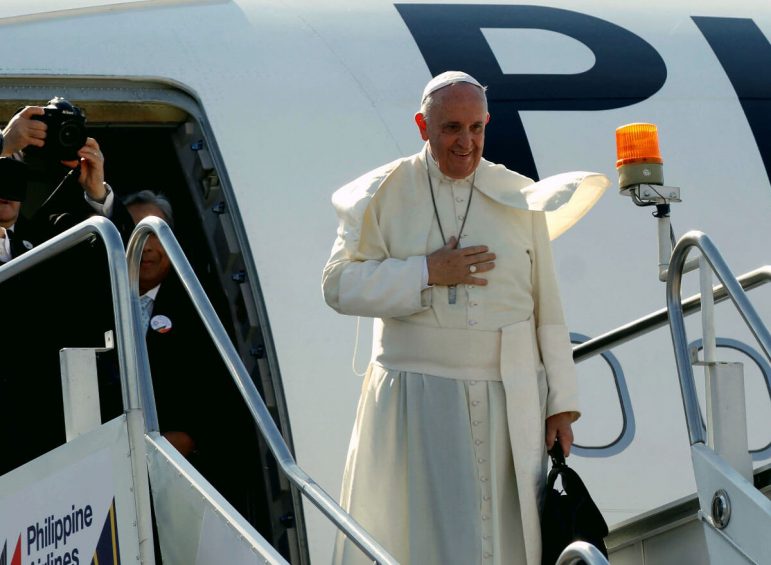 AFTER a rapturous welcome by millions of Filipinos, Pope Francis left the country yesterday “feeling the warmth” of the bastion of Christianity in Asia. While… 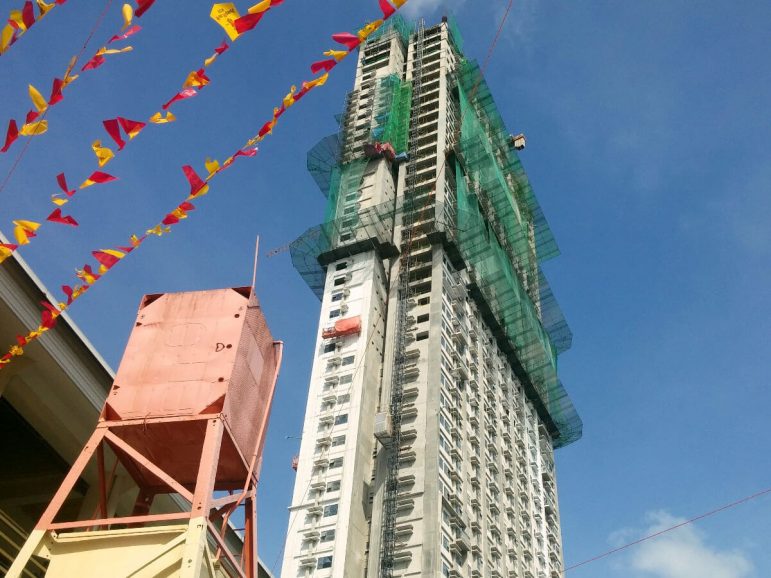