The house exudes the essence of a bygone era, a time already lived and long forgotten.

You can feel it in the creaking of the wooden stairs and floorboards that sigh the burden of the years.

You can see it in the second floor banggera–an extended windowsill that continues to hold a clay jar for storing drinking water and chinaware, and Capiz windows as well as in the intricately carved old furniture and images of saints with their ivory heads and hands.

The Yap-Sandiego Ancestral Home holds the distinction of being one of the oldest houses in the Philippines and possibly the oldest Chinese home outside of China. (PHOTO BY MAX LIMPAG)

Its cut coral stone walls, hardwood posts and beams, and roof of red clay tiles tell of a Cebu much, much younger and vastly different from what it is today.

Indeed, the Yap-Sandiego Ancestral Home holds the distinction of being one of the oldest houses in the Philippines and possibly the oldest Chinese home outside of China.

Current house owner Val Sandiego, famous choreographer and antique collector, estimates its construction to be between 1675 to 1700.

“In 1614, the church of Parian was built. Then after around 60 years later, the house was put up,” said Sandiego, who is a descendant of original owners Don Juan Yap and his wife Doña Maria Florido. The couple’s eldest daughter married Don Mariano Sandiego of Obando, Bulacan–who was then the cabeza de barangay (barangay chief during the Spanish colonial period) of Parian where the structure is located.

The house’s roof and walls are 95 percent original, according to Sandiego, making this edifice that he and his family continue to live in during weekends a little over 300 years old.

The things inside are not nearly as ancient as the structure but some, like the huge mirror in the living room, are over a hundred years old. The mirror that now adorns the second floor wall of the Sandiego ancestral home was used on several occasions by Negros native Pantaleon Villegas, better known as Leon Kilat, who led the revolution against the Spaniards in Cebu in 1898.

Some of the images of saints have missing hands, stolen or sold because these were made of ivory which was how they used to do them back then.

Sandiego, who acquired ownership of the house in early 2000, did an expensive restoration work on the structure in 2003 and has since opened it and his antique collection to the public.

Parian, which was where the wealthy and influential Chinese mestizos lived during the Spanish period, is in downtown Cebu City and cab drivers know where it is. The Yap-Sandiego Ancestral Home is across the towering Heritage of Cebu monument on the side of Mabini Street at the junction of Lopez Jaena. 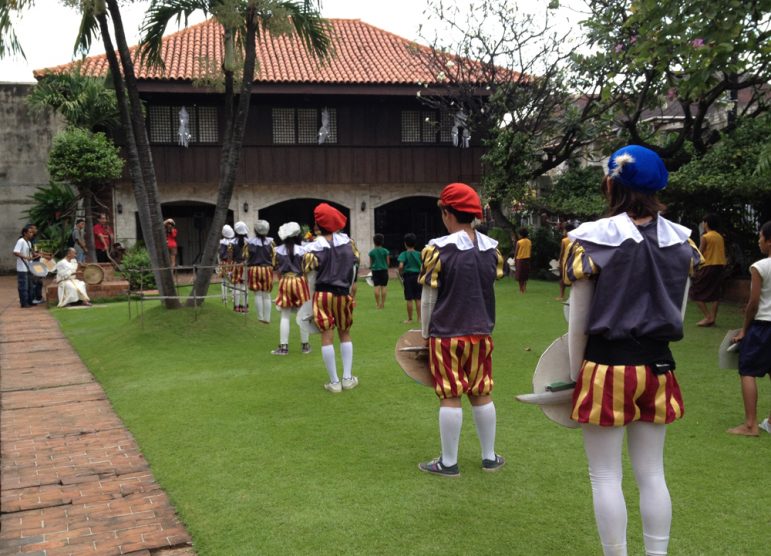 An authentic Spanish mansion with period furniture, the Casa Gorordo along Lopez Jaena St. in Cebu City showcases a lifestyle from the mid-19th to the…

A retracing of Cebu’s journey through the years, the people and countries it interacted with, and their influences on the island’s values and beliefs will…