Six Visayan songs that sing of love, friendship, journeys, and the longing between a wife and her sailor husband have made it as finalists of this year’s Vispop.

Vispop is a nationwide songwriting campaign that encourages Visayan-speaking composers and musicians to write quality Visayan songs that speak of today’s generation. A brainchild of Artist and Musicians Marketing Cooperative or ArtistKo, Vispop puts the Bisaya language and music in the mainstream consciousness of listeners.

ArtistKo is a non-profit, non-stock organization that supports individual creativity, skill and talent. Having artists, musicians and entrepreneurs as members, the cooperative aims to mount self-help mechanisms to provide benefits to all its members and continuously develop the local music and arts. ArtistKo’s biggest project, Vispop, was conceptualized in 2009 and had its first staging in 2013.

The first batches of Vispop finalists and winners captured the hearts of not just Cebuano listeners but non-Cebuano speaking music fans all over the country as well. It produced well-crafted songs such as Duyog, Laylay, and Papictura ko Nimo, Guapo, Bok Love, Dili Pa Panahon, Labyu Langga, Buwag Balik, among others. The songs have been topping charts nationwide.

Now on its 4th year, Vispop is once again set to make waves with its new set of 6 finalists meticulously chosen from among 360 entries from all over the country’s Visayan-speaking regions. The six finalists of this year’s Vispop are Baklay by Jerika Teodorico, Damgo by John Cadelina and Irving Guazon, Imoha Ra Akong Kasingkasing by Sherwin Fugoso and Marajane Monton, Paghunas by Joseph Gara, Pep-Pep by Kenneth Corvera, and Suwat Ni Maria by Maria Salvaleon.

Jerika Teodorico / Baklay: “Baklay is a first person point-of-view story of what basically happens when friends decide to go out for a walk and end up travelling long distances because they are enjoying each other’s company. As the writing progresses, the song unintentionally transformed from just a story about laag-laag to an ode to Cebu.”

Joseph Gara / Paghunas: “Paghunas is inspired by a typical drama drawn between a wife and a sailor husband risking his life at the sea. The lyrics of the song will tell you the whole story.”

Marie Salvaleon / Suwat ni Maria: “There’s nothing fancy about the back story of Suwat ni Maria. I was just so sad and frustrated about a lot of things three years ago and instead of crying the whole night, I chose to write a song. It’s just kind of funny because when you read over the lines (of the song), it seems to be talking about being to inspired, happy, to the extent that you feel so euphoric and falling in love when in fact, I felt the opposite while writing it.”

On June 18, Saturday, this year’s ultimate song will rise during VISPOP 4.0 Finals Night. Happening at Centerstage SM Seaside, live performances from the six finalists and other special guests will fill the night with love for the language and music. Criteria for judging includes Music – 30%, Lyrics – 30%, and Over-all Impact including musical treatment, commercial appeal, radio-friendliness, uniqueness and breakthrough qualities – 40%.

You can vote for your favorite Vispop 4.0 song to be this year’s Netizens’ Choice by liking and sharing the video posted on the Vispop page. For votes to be counted, one must like the Vispop page first then like or share the video from there. In partnership with MOR Cebu 97.1, speak out and be heard by voting for the Listener’s Choice Awards.

Vispop is supported by Filipino Society of Composers, Authors and Publishers, Inc. (FILSCAP) and Cebu Chamber of Commerce and Industry, Inc. For the latest updates, please like VISPOP on Facebook. (Press Release) 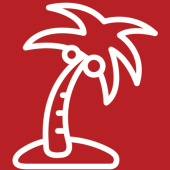 Sinulog a spectacle for tourists, ‘not authentic’ representation of indigenous roots: historian

You think you’re kinky? Wait till you read about sexual practices of ancient Cebuanos