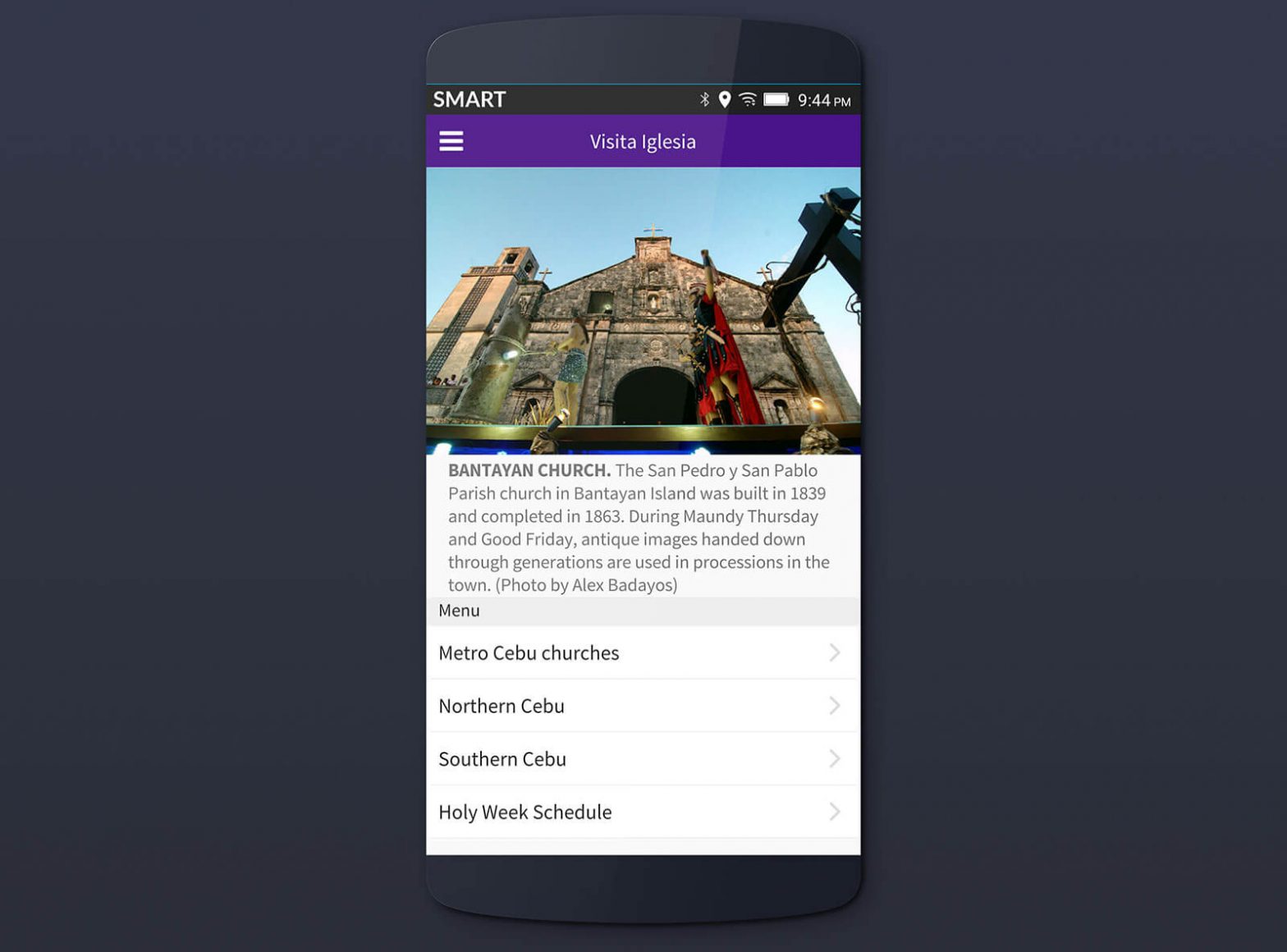 Still picking which churches to include in your Visita Iglesia route this Lenten season? Get help from a handy mobile app when you plan for this ancient pious Roman Catholic tradition.

An updated version of the Visita Iglesia mobile app is now available for download on Android phones and tablets from the Google Play Store and iPhone and iPad devices from the Apple App Store.

The mobile app is made possible through collaboration among Cebu-based journalism startup InnoPub Media, mobile leader Smart Communications (Smart) and the Archdiocese of Cebu. 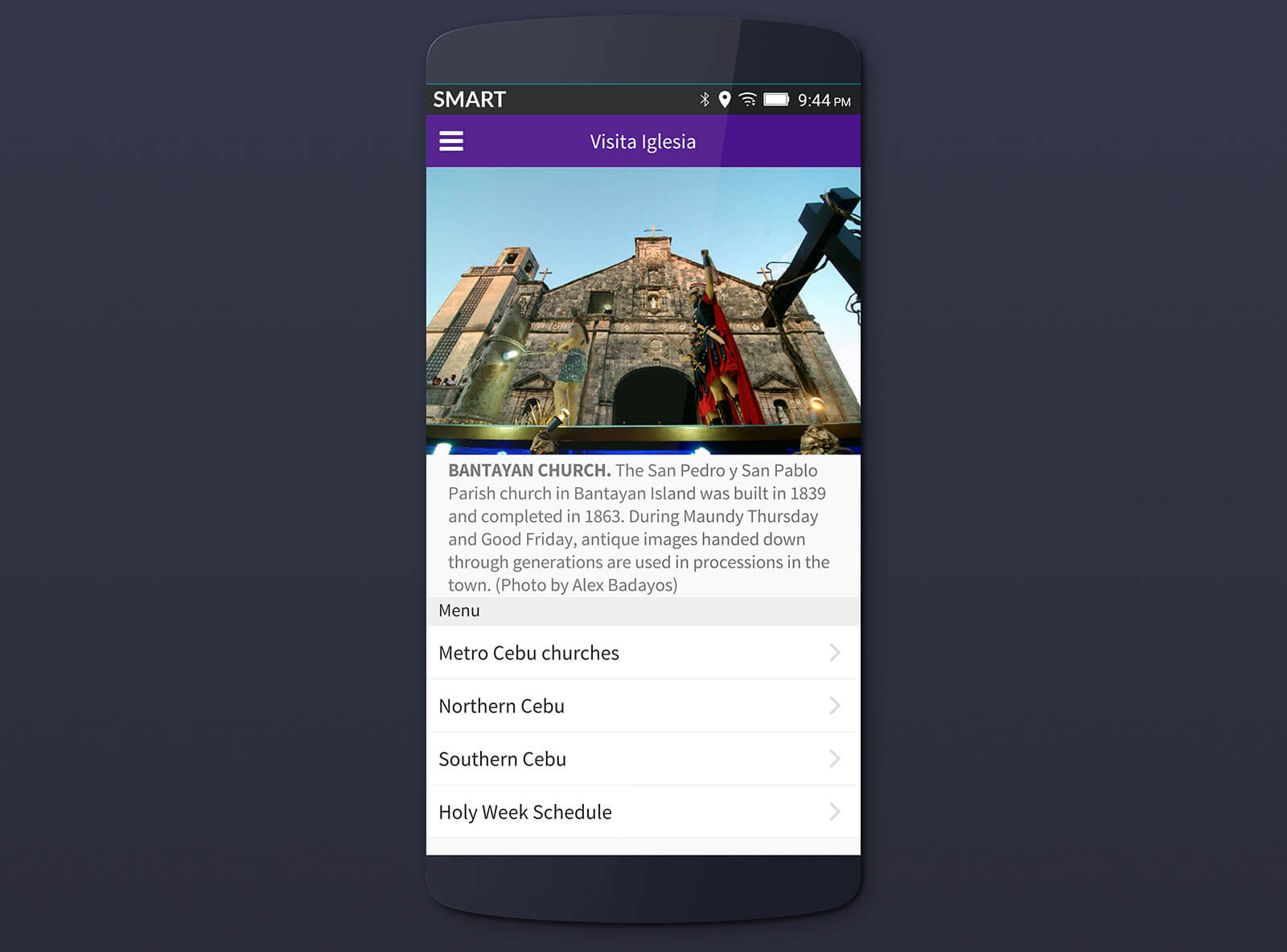 Additional information provided in the app includes the mass schedules of the different Cebu churches, the program and speakers for the Siete Palabras, and other updates.

Visita Iglesia already carries historical and current information on centuries-old churches scattered across the whole span of mainland Cebu, from its southern to northern tip.

The churches have GPS-tagged links that users can click on for step-by-step directions using Google maps.

Even if you simply want to visit Cebu’s Spanish period stone churches, the Visita Iglesia will serve as a handy guide to these historical attractions.

Learn more about Cebu City’s Basilica del Sto. Nino, Boljoon’s Nuestra Patrocinio de Maria Church, or Sts. Peter and Paul Church in Bantayan as you visit these structures during Lent or any other time through the information provided in the app.

More churches are featured in the app’s latest version.

The Visita Iglesia app is released as part of the nationwide Digital Tourism program of Smart and InnoPub Media. Digital Tourism harnesses mobile technology to deliver tourism, cultural and historical information. The program was given an Anvil Award of Merit in 2014. 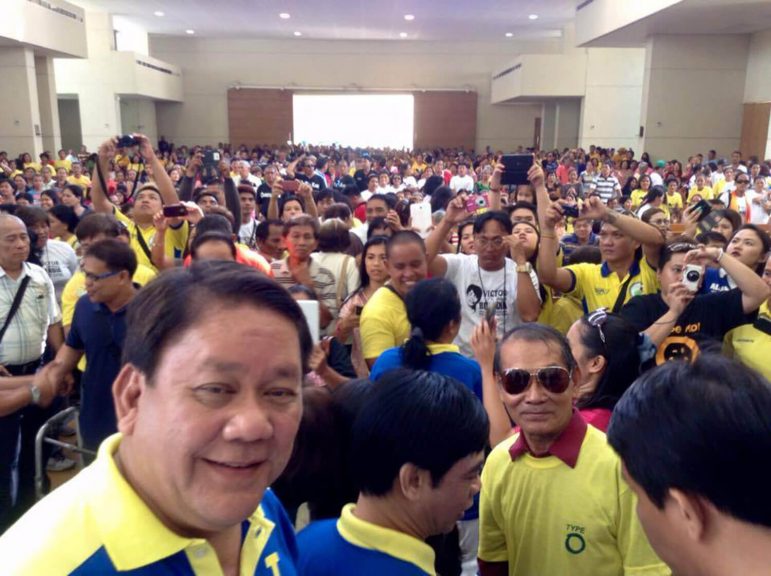 This is the roundup of stories that came out in local publications today, March 28, 2016. Tomas Osmeña faces criminal, admin raps FORMER Cebu City…