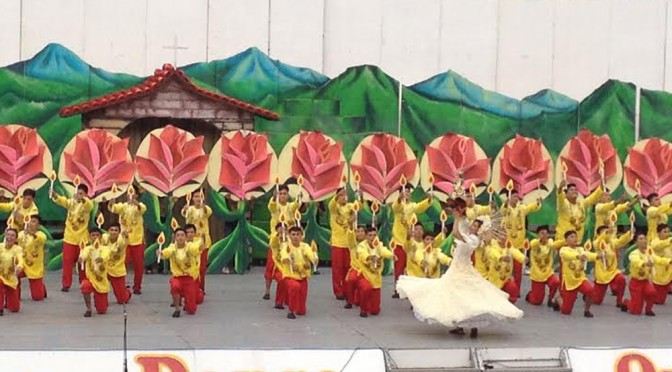 What does it mean to be a Tuburanon or native of Tuburan town in Cebu?

The Tuburan National High School showed the audience in its Sinulog sa Kabataan-Lalawigan 2014 performance and won the top prize in the secondary division of the competition.

Raul Dura, who received the trophy for Tuburan’s win, said they wanted to portray Tuburan in the dance and this is why their props included mountains and coconut trees.

Many residents of Tuburan, he said, rely on the coconut tree for their livelihood.

He said they were overjoyed with their win and thanked Tuburan Mayor Democrito Diamante for his all-out support to the team.

According to Dara, the biggest challenge of the Tuburan contingent was instilling discipline among student performers.

“Thankfully, we were able to do it with the help of the choreographer. We managed to provide them focus,” Dara said in Cebuano.

The Tuburan National High School contingent has 100 student dancers and 226 others helping out with the props.

This afternoon, students from various schools in Cebu City will be competing in the Sinulog sa Kabataan-Dakbayan 2014. Performances will start at 1 p.m.