This is the roundup of stories that came out in local publications today, August 23, 2016.

TOMAS AND HIS COLONELS. Cebu City mayor Tomas Osmena with Colonels Red Derilo and George Ylanan, whose transfers led to a souring of his relationship with the PNP heirarchy. (Photo from Tomas Osmena’s FB page)

Is Tomas rift with PNP over?

There seems to be a thawing in the testy relationship between the local police and the Cebu City mayor after Tomas Osmena dropped by the regional headquarters for a brief visit during the 115th Police Service Anniversary celebration.
Osmena withdrew his support from the local police after some personnel were reassigned without him getting informed and in return, the National Police Commission stripped him of his authority over police matters.

Osmena did not stay for the speech of Presidential Assistant Michael Dino, who said President Duterte is aware of the conflict between the local police and Tomas.

You are worried because more than 50 firearms were withdrawn. Worry no more as President Duterte has instructed to give Cebu City’s police force a number of firearms. President Assistant for the Visayas Michael Dino.

With scores of policemen in the Cebu City Police Office getting reassigned due to alleged drug links, the City Council is asking President Rodrigo Duterte to deploy military personnel to address the shortage of personnel.  Dave Tumulak, the chairman of the City COuncil on Peace and Order, wrote a letter to Duterte asking for military personnel to replace the 80 policemen, saying the PNP process of replacing the relieved cops would take time.

Cebu Daily News: Talino says illegal drugs is the ‘mother of all crimes’

Two former department heads of Cebu City Hall were reassigned to the Cebu City jail to help in the running of the facilities. Engineers Kenneth Enriquez and Suzanne Ardosa reassignment to the city jail could fast-track any request the city jail management has from City Hall. Enriquez used to head the Department of Engineering and Public Works under Rama, while Ardosa used to head the Department of Manpower Development and Placement.

Sun.Star Cebu: Davide III elated after getting into Du30’s list of top governors

Ricky Poca: Politics and the distribution of cash aid 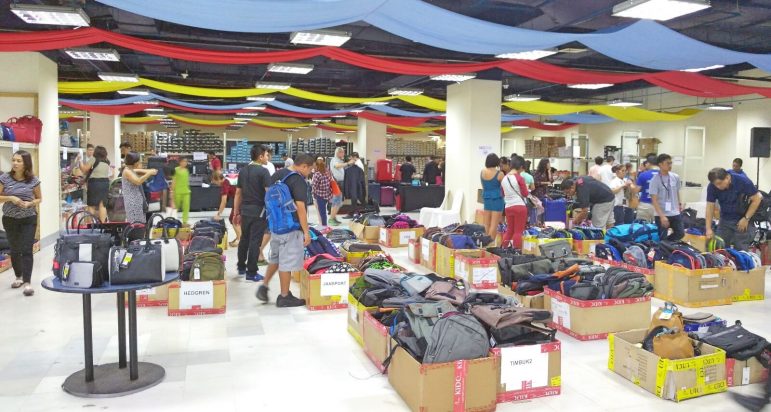 From Delsey, World Traveler and Victorinox luggage sold at more than 50% off to casual, sports and running shoes and even backpacks and messenger bags…

Cebu Gov. Hilario Davide III is among the 10 governors to be recognized by the Duterte administration for helping the government in the fight against…