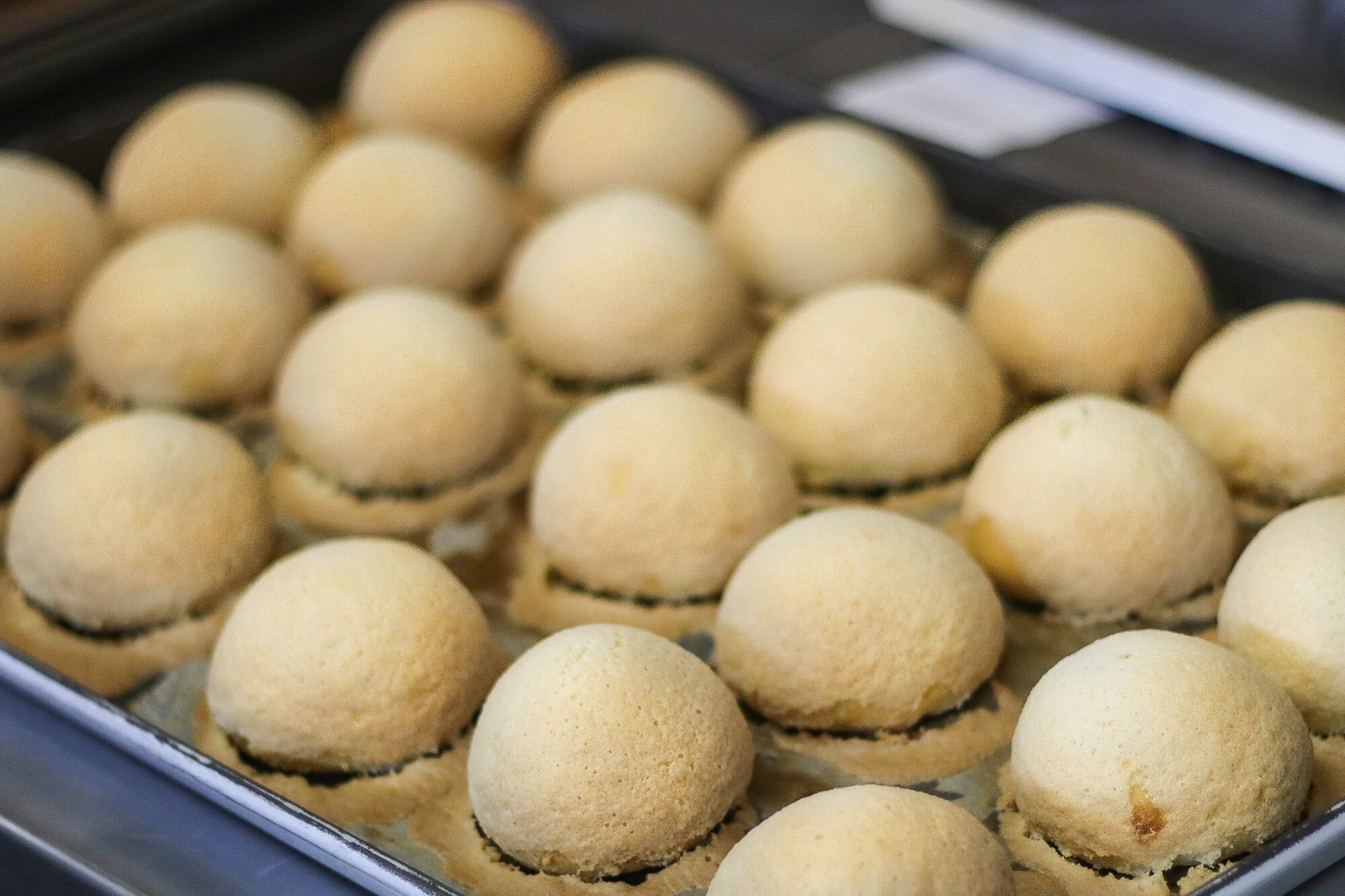 Tim Ho Wan, Hong Kong’s famous Michelin-starred dim sum restaurant, is opening in Cebu at the Upper Ground Floor, Mountain Wing of SM Seaside City on Saturday, March 25. This will be its 7th branch in the country and first outside Metro Manila. It will be the first and only Michelin-rated restaurant in Cebu.

Tim Ho Wan started in 2009 when Chef Mak Kwai Pui and Chef Leung Fai Keun opened a modest 20-seater hole-in-the-wall eatery in Mongkok, Hong Kong. A year after, it earned the coveted star in the 2010 HK and Macau Michelin guide, the international benchmark of good food and highest form of recognition in the culinary world.

Since then, the restaurant branched out around Hong Kong and brought its delicious and affordable dim sum overseas with its first international location in Singapore in 2013. It then expanded to the Philippines in 2014, followed by Taiwan, Vietnam, Malaysia, Indonesia, Australia, Thailand, Macau, and most recently New York.

Crumbly and fluffy on the outside and oozing with barbecued pork on the inside, Tim Ho Wan PH ‘s famous Baked Buns is worth the wait.

Its inclusion in the Michelin guide was unprecedented at a time when only fine dining and expensive restaurants dominated the list. Renowned as the “most affordable Michelin-starred restaurant in the world,” the accolade was a testament to the affordable luxury that Tim Ho Wan consistently offers in terms of taste, quality, and value.

Tim Ho Wan, in Cantonese, translates to “additional good luck” but its brand philosophy is anchored on dim sum perfection from dish placement, service delivery, to specific sizing of every morsel, right down to the folds of the snowy skins for dumplings. This precision takes years of mastery to instill, and the consistency in taste and freshness across every Tim Ho Wan outlet is evident.

The dim sum is handmade-to-order, not pre-steamed and reheated, to retain its much-intended flavor and texture. About 70% of its premium ingredients are imported from Hong Kong.

With no dish over P200 and exquisite flavors that make the experience well worth the wait, Tim Ho Wan continues to earn the acclaim of food critics and heart of epicureans well beyond Hong Kong.

To celebrate its arrival in Cebu, Tim Ho Wan Cebu will be giving 1 complimentary order of Baked Bun with BBQ Pork to the first 100 transactions with a minimum purchase of P500 during its opening week from March 25 to March 31.

Tim Ho Wan Cebu is located at the Upper Ground Floor, Mountain Wing of SM Seaside City Cebu and is open daily 10 am to 9 pm. Seating for dine-in is on a first-come, first-served basis. Visit www.facebook.com/timhowanph and follow @timhowanph on Instagram for the latest events and updates. (Press Release)

Cebu’s first and only Michelin-rated restaurant is finally opening on March 25 at the Upper Ground Floor, SM Seaside City. To celebrate its 7th branch in the Philippines and first outside Manila, they are giving out complimentary pork buns every day from March 25 – 31 to the first 100 guests with a minimum bill of P500.

Authorities in Cebu are in pursuit of David Lim Jr., who is accused of shooting a nurse during a traffic altercation in Barangay Kamputhaw at…

Life-long lessons in appreciating the Earth’s gifts and how to do battle to conserve the sea, air and land come together in a different kind…