To cater to visitors arriving in or leaving Cebu via the Mactan-Cebu International Airport, TGI Fridays opened its third branch here and 26th nationwide at Island Central Mall in Lapu-Lapu City.

The newest TGI Fridays is just two minutes from the airport and was intended to cater to the tourist market as well as locals, said Director for Operations Kristine dela Cruz.

Its proximity to the airport and souvenir shops makes it a practical stop for guests that have just arrived in Cebu and those wanting a last-minute meal fix before their flights.

For people who are new to TGI Fridays, dela Cruz recommends their bestselling dishes that are glazed with Jack Daniels whiskey and these are the ribs, salmon, porkchop, and chicken. The steak can also be ordered with a side of Jack Daniels sauce, she added.

Other items to try include the classic chicken fingers—hand battered chicken tenders paired with a hefty helping of crispy seasoned fries and honey mustard dressing, cajun shrimp, and chicken pasta.

Dela Cruz said the resto’s salads come with special dressing made in-house. Also in the selection are such best-selling desserts as Oreo Madness, Brownie Obsession, and Salted Caramel Cheesecake.

TGI Fridays also recently launched lunch menu sets that are below P400 and this is to change the mindset that their dishes are expensive, according to dela Cruz. These are available from 11 a.m.-3 p.m. on weekdays.

Some people see the menu items as pricey but the servings are quite big, she added, citing that a salad order priced at P595 is already good for three to four people.

As a special treat, TGI Fridays is celebrating the Mactan branch with a 50% discount on any of its burgers on top of a minimum purchase of P1,000 on food and drinks. The offer is valid until June 30, 2019.

NEAR THE AIRPORT. US Consul Agent Glenn Ivan Loop, Lapulapu City Tourism Chief Hembler Mendoza, & TGIFridays Director for Operations Krissy Dela Cruz are flanked by the managers and staff of the recently opened TGIFridays Mactan. The restaurant is located in Island Central Mactan; a convenient stop for inbound and outbound flyers. 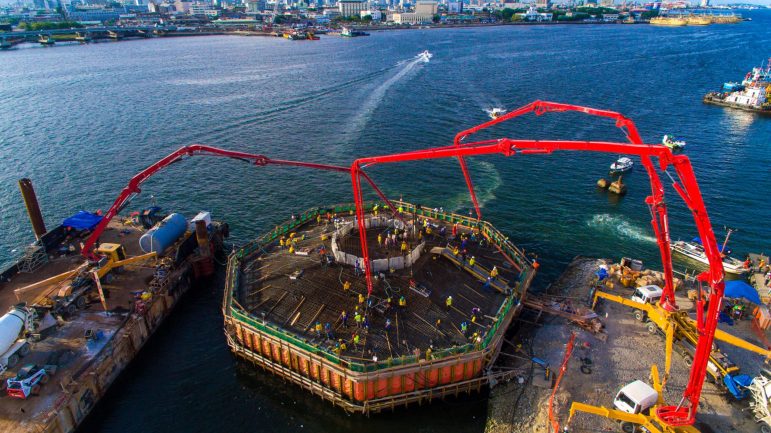 Progress on the construction of the 8.5-kilometer Cebu-Cordova Link Expressway (CCLEX) will be more visible now, particularly for those passing by the Cebu South Coastal…