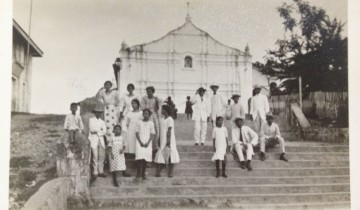 Since the devotion to her started in Africa, this church’s patron – the Patroness of the Rule of St. Augustine – has been depicted as dark-skinned.

Lucy Urgello Miller, in “Glimpses of Old Cebu: Images of the Colonial Era,” wrote that this church’s first parish priest way back in 1735 brought with him an original painting of the Nuestra Señora Virgen de Regla from Africa.

The priest – Augustinian friar Francis Avalle – used this painting to teach people about her and as basis for the religious icon of the Patroness of the Rule that he commissioned also in 1735.

Both objects are housed at a special room at the back of the church where devotees line up to kiss or touch the Virgen as part of a “panaad” or devotion. Devotees usually come in throngs during the Lapu-Lapu City fiesta on November 21 or days leading up to or after this date.

Fr. Stephen Cuyos, who once served as assistant priest at the parish, wrote in his blog that the devotion to the Patroness of the Rule originated with St. Augustine who hand-carved the first image of the Virgen de Regla.

He said he learned during his research into the parish’s patron that she got the name Virgen de Regla, which means Lady of the Rule, because St. Augustine dedicated to her the reglas or rules he created for members of his order to follow.

Miller described this church, built between 1735 and 1744, as having a pathway of coral blocks that led to the sea during the early days. The structure is near Muelle Osmeña, a Spanish structure that now serves as docking area for passenger ferries plying the cities of Lapu-Lapu and Cebu.

Originally built from coral blocks, Miller added, this church was damaged but not badly during World War II and repairs brought it back to its original condition. It would have been among the oldest churches in the country if Dutch priests assigned there in 1960 had not decided to tear it down and build a new one in its place. They spared the nearby convent built in 1885 that is connected to the church to an arched gateway.

She also said that the Dutch priests sold off the church’s coral blocks and later its altar to the University of San Carlos museum.

Fr. Cuyos said Opon started out as a visita of San Nicolas and was elevated to parish status in the 1730s. A town mayor has asked for Capitol’s help to build dikes to prevent flooding in low-lying areas. Other mayors of towns affected by Seniang also… 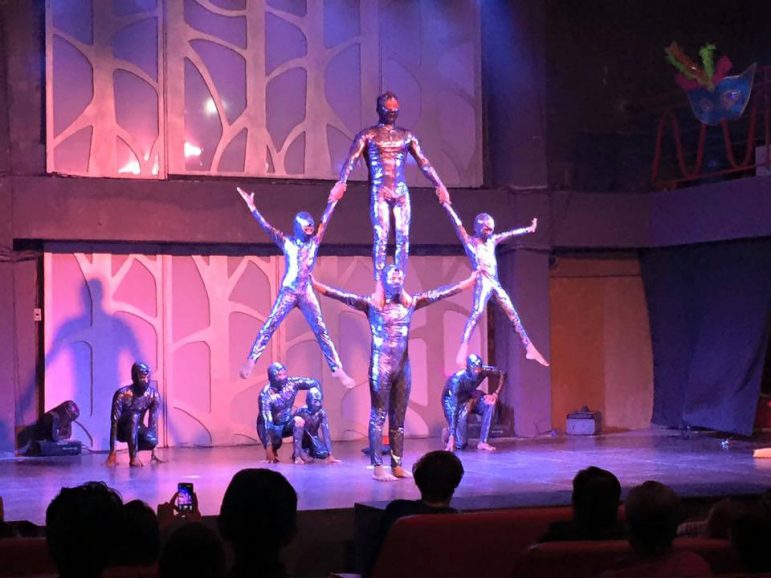 Seeing all those graceful Sinulog Grand Parade dancers, have you ever wished you knew how to execute those forward-backward steps? Have you ever been interested…