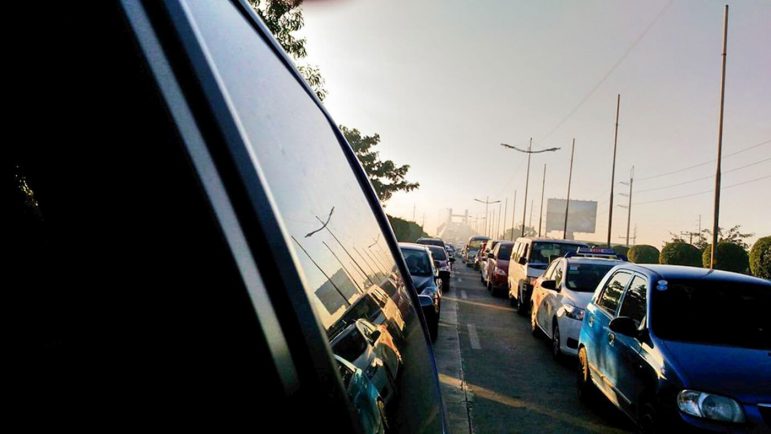 COMMUTERS in the cities of Lapu-Lapu and Mandaue spent hours on the road today, the first working day after the Department of Public Works and Highways (DPWH) decided to close one lane of the old bridge. Complaints were rife on social media networks like Facebook and Twitter and over radio stations against the monstrous traffic jam that occurred because of the closure. Some commuters reported taking two hours to go to Mandaue from Lapu-Lapu.