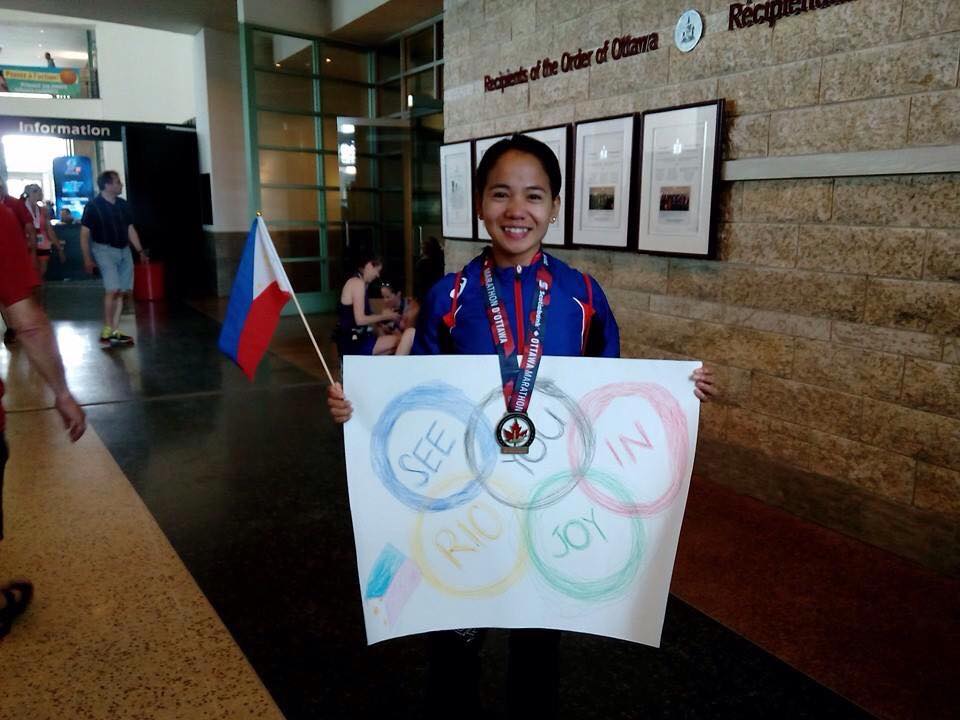 This is the roundup of the top news stories in Cebu today, June 8.

PROCESS. Mary Joy Tabal will follow the process and ask Patafa for reinstatement in the national team so she can join the Rio Olympics. (Photo from Motor Ace’s FB page)

Mary Joy Tabal’s dream of joining the Philippine team in the Rio Olympics is a step closer after her handler, Jonel Borromeo of Motor Ace Philippines, said they are willing to follow the process for the marathon queen’s reinstatement in the national team. Tabal, who met the Olympic qualifier in the ScotiaBank Ottawa Marathon last May 29, resigned from the national team last year. She was greeted with a victory party during her return last June 6.

We are going to follow the procedure, which is to send a letter of reinstatement. We will start the process on June 7, and hopefully we can submit the letter in the afternoon. I think we have a good chance. We are doing the proper process with no shortcuts. Jonel Borromeo.

Funeral of man killed in anti-drugs raid turns into protest

Families and friends of 22-year-old John Jason Montes, one of the three slain during an anti-drug operation in Bohol, turned his funeral march into a protest. They said Jason is innocent and was not involved in drugs. Before he was laid to rest at the Calamba cemetery, his casket passed by Cebu City Hall as a protest against incoming mayor Tomas Osmena, who has given more than P200,000 to cops for recent anti-crime drives.

I have no problem if that’s how he’s going to do it. (To give rewards.) But innocent lives like that of my son should be spared. Victor Montes, John Jason’s father.

Despite winning another term, Dalaguete City mayor Ronald Allan Cesante may not be able to assume office after he was indicted for graft by the Office of the Ombudsman. Cesante allegedly allowed his wife to use four market stalls for free since 2004, without any contract or rental payment. He was already meted a nine-month suspension over the same case by the Ombudsman last year.

It (suspension) will continue. The Ombudsman’s latest decision has no effect on thte suspension. The administrative case is different from the criminal case. DILG 7 director Rene Burdeos.

» Sun.Star Cebu: Local sector says there is no real estate bubble in Cebu

» The Freeman: ALA relaunches boxing show

Globe Telecom fired up over the weekend the country’s first cell site that uses the 700 megahertz spectrum, generating speeds that range between 60-100 Mbps….

Looking for a Father’s Day gift? Put a spring in Dad’s step with Havaianas

Instead of the usual socks and jocks, why not give something fun for Dad this year? Here are four Havaianas styles that are perfect for…