Spanish Flu pandemic deaths in the Philippines: an interactive map 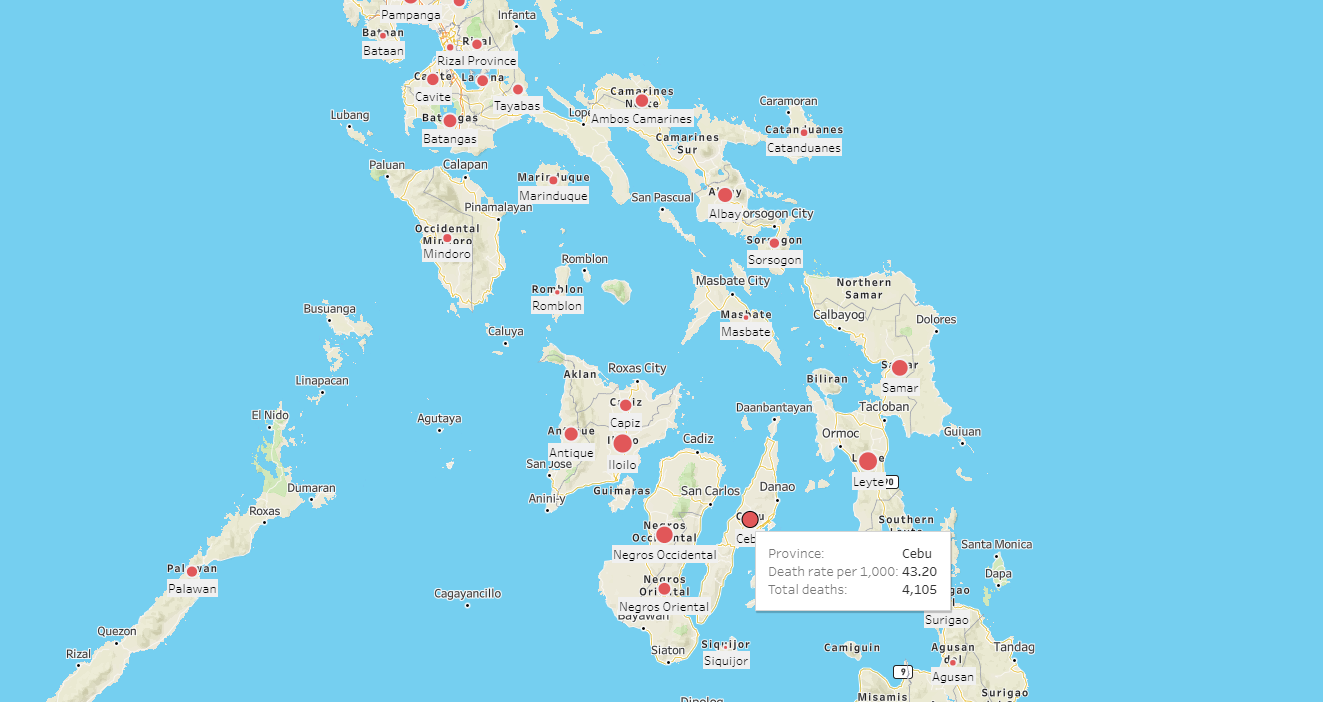 The 1918-1919 influenza pandemic claimed more than 80,000 lives in the Philippines. As in other parts of the world, the contagion came in three waves, with the second surge being the most virulent.

Areas hit by the first wave of infections in the middle of 1918 had fewer deaths during the more virulent episode at the end of the year, according to a paper by Dr. Francis A. Gealogo “The Philippines in the World of Influenza Pandemic of 1918-1919” published in Philippine Studies in June 2009.

The phenomenon, health authorities concluded, showed that an initial exposure to the virus offered immunity to the more malignant strain.

Manila and the nearby provinces of Bataan, Bulacan, Batangas, Rizal, Laguna, Tayabas, Pampanga, and Nueva Ecija accounted for most of the influenza cases in the first wave of infections from May to June, according to Gealogo.

Regions “that were mostly open to global commerce” outside of Manila were hit hard during the second wave later in the year. These include Cebu, Iloilo, Pangasinan, Negros, and Camarines.

Gealogo, however, offers a caveat to the data on influenza deaths. His paper said the low numbers in Mindanao and Cordillera are likely “under enumeration and underreporting” than actual low contamination.

Below is an interactive map of the number of influenza deaths during the pandemic. The figures were printed in Gealogo’s paper and taken from the Philippine Islands Census Office 1920 to 1921.

The second wave of the trancazo pandemic in 1918 will be less severe and only the very young and old are vulnerable, health officials said…