4 teams from Cebu in finals of Smart’s innovation competition 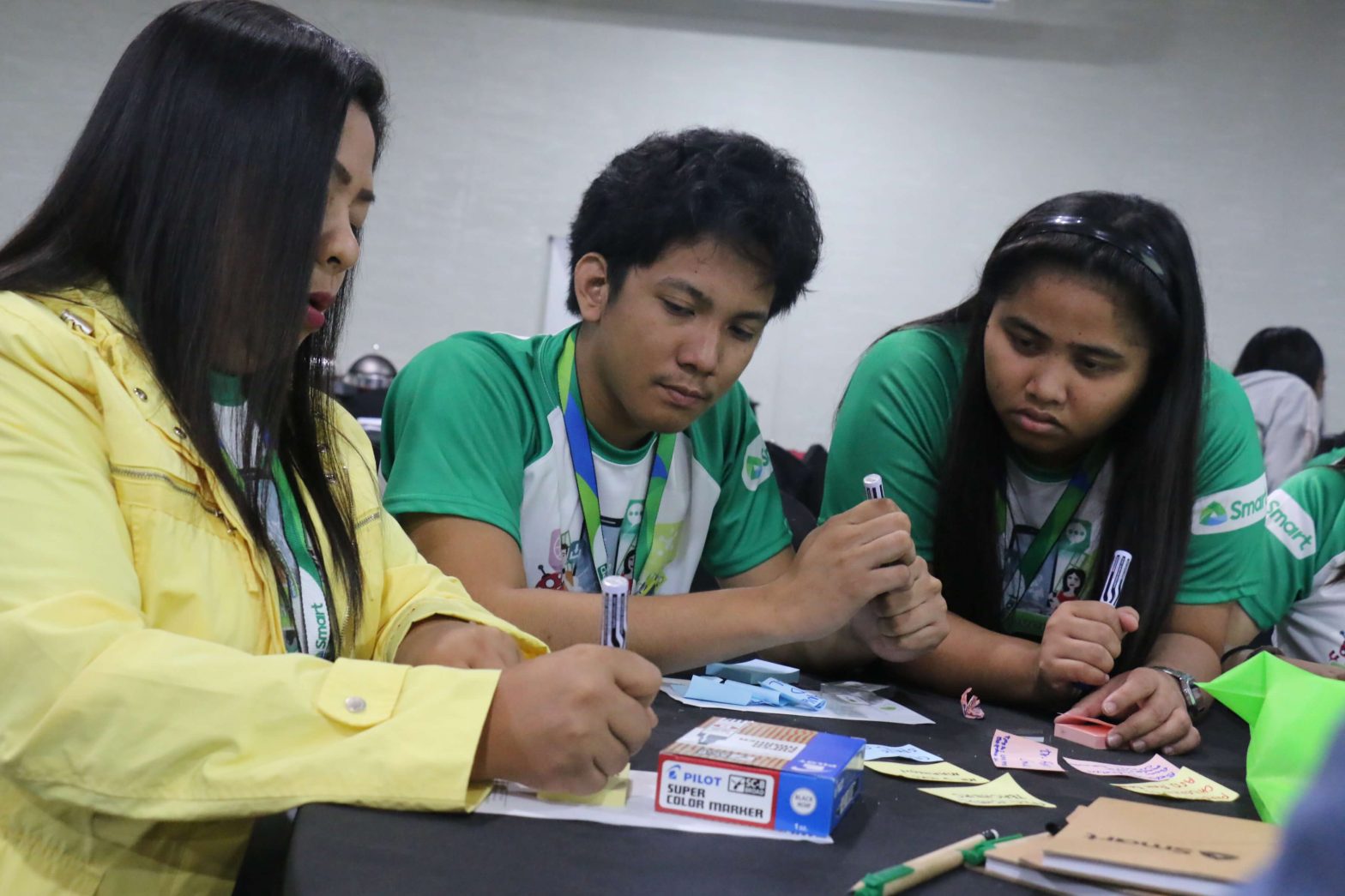 Four student teams from Cebu are in the running for the country’s biggest technology competition, the SWEEP (Smart Wireless Engineering Education Program) Innovation and Excellence Awards. SWEEP Awards finalists undergo a two-day boot camp so they could polish their entries in time for judging.

The teams will compete for the P300,000 top prize in the final judging to be held on May 11. The second placer will get P200,000, while the third placer will receive P100,000. Schools of the top three teams will each get a digital campus package from Smart Communications and parent company PLDT.

Smart received more than 300 applications for the 14th SWEEP Awards, which has the theme “#LifeLikeNeverBefore: Digital Innovations for a Better Tomorrow.”

Projects that made the cut include an app that could help farmers reach produce buyers directly, an app that could link sports enthusiasts with each other so they could schedule games, and a chatbot that could enable users to control home appliances remotely via a messaging app.

To help the finalists improve their projects before the judging, Smart introduced them to mentors who, over two days, taught them to validate the existence of problems before creating solutions, the importance of getting feedback from peers and potential customers, and the need to adjust their plan of action based on these feedback. 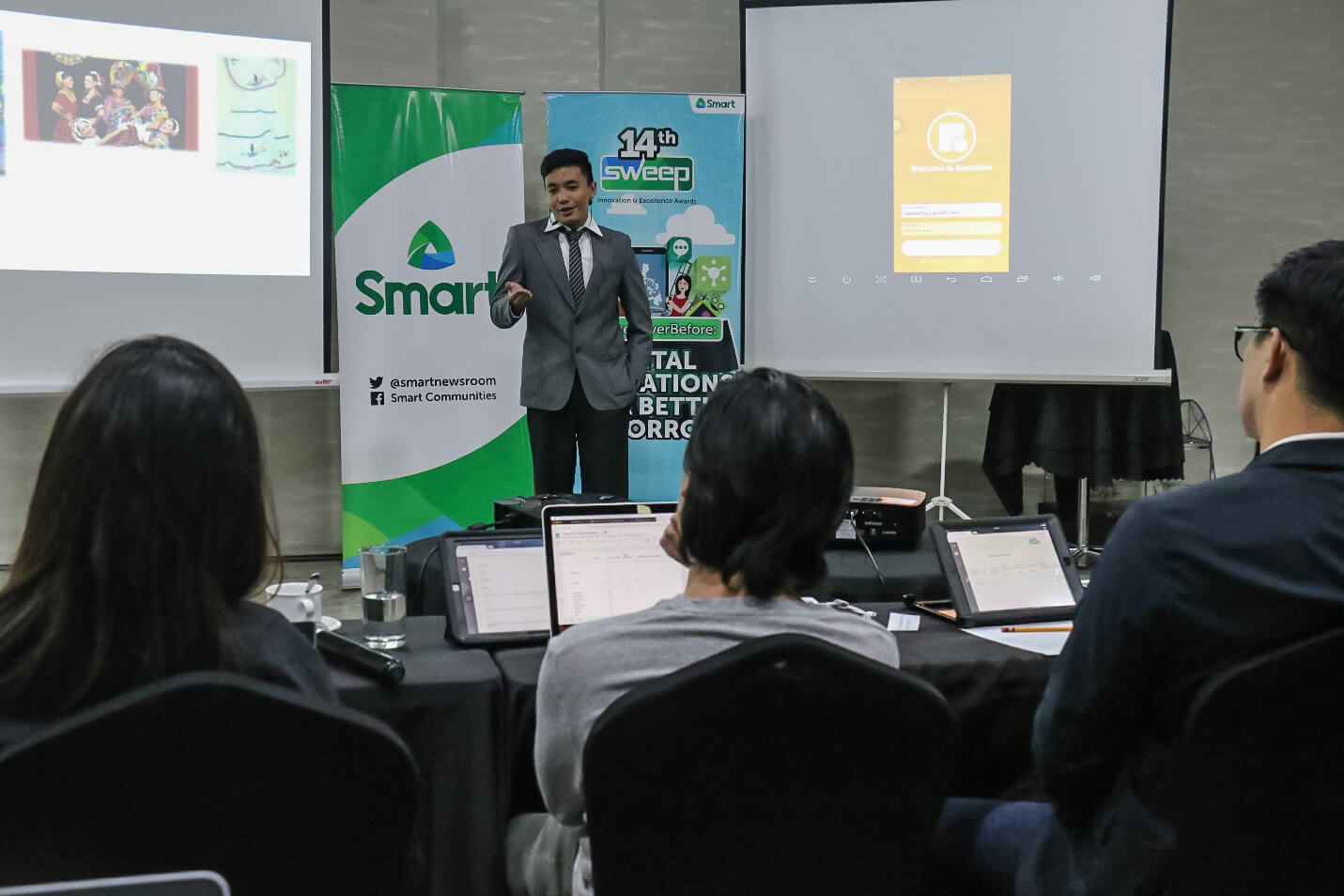 Students get a taste of what it’s like to pitch proposals before potential investors, during their presentation to SWEEP Awards judges.

The mentors also taught the finalists how to pitch their proposals to judges and potential investors.

Participant Gian Guerrero said the two-day boot camp helped his team create a business model for its project. “What was very hard was the business model because we’re into IT (information technology) and engineering, so we’re not very knowledgeable about it. But the SWEEP Awards experience proved to be a treasure trove of knowledge. It’s fun, more than I expected, and I’m thankful to be part of it,” he said.

The SWEEP Awards was launched in 2004 to provide college students with the platform to create innovative applications that solve consumer pain points. It is an initiative under SWEEP, a long-running collaboration between Smart and the academe which aims to raise the standards of engineering and IT education in the country.

Because of SWEEP, Smart was cited in 2016 by international magazine Fortune as one of 50 companies that have “changed the world.” For more information on SWEEP and the SWEEP Awards, please visit facebook.com/sweepschools and smartsweep.ph. (Press Release)

English teacher Dexter Masiado has a problem with student absenteeism. Not even half of his 75 pupils at Trangka Elementary School in Maasin, Iloilo attend… 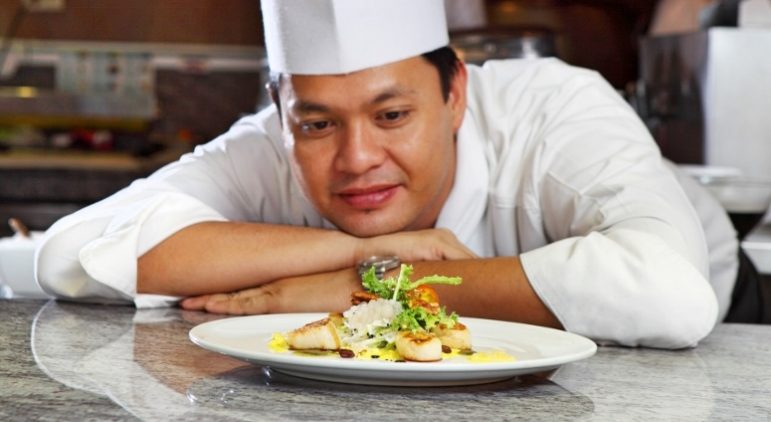 A chef who rose from the ranks now takes charge of the highly-regarded Marco Polo Plaza Cebu kitchen. The hotel, which takes pride in being…