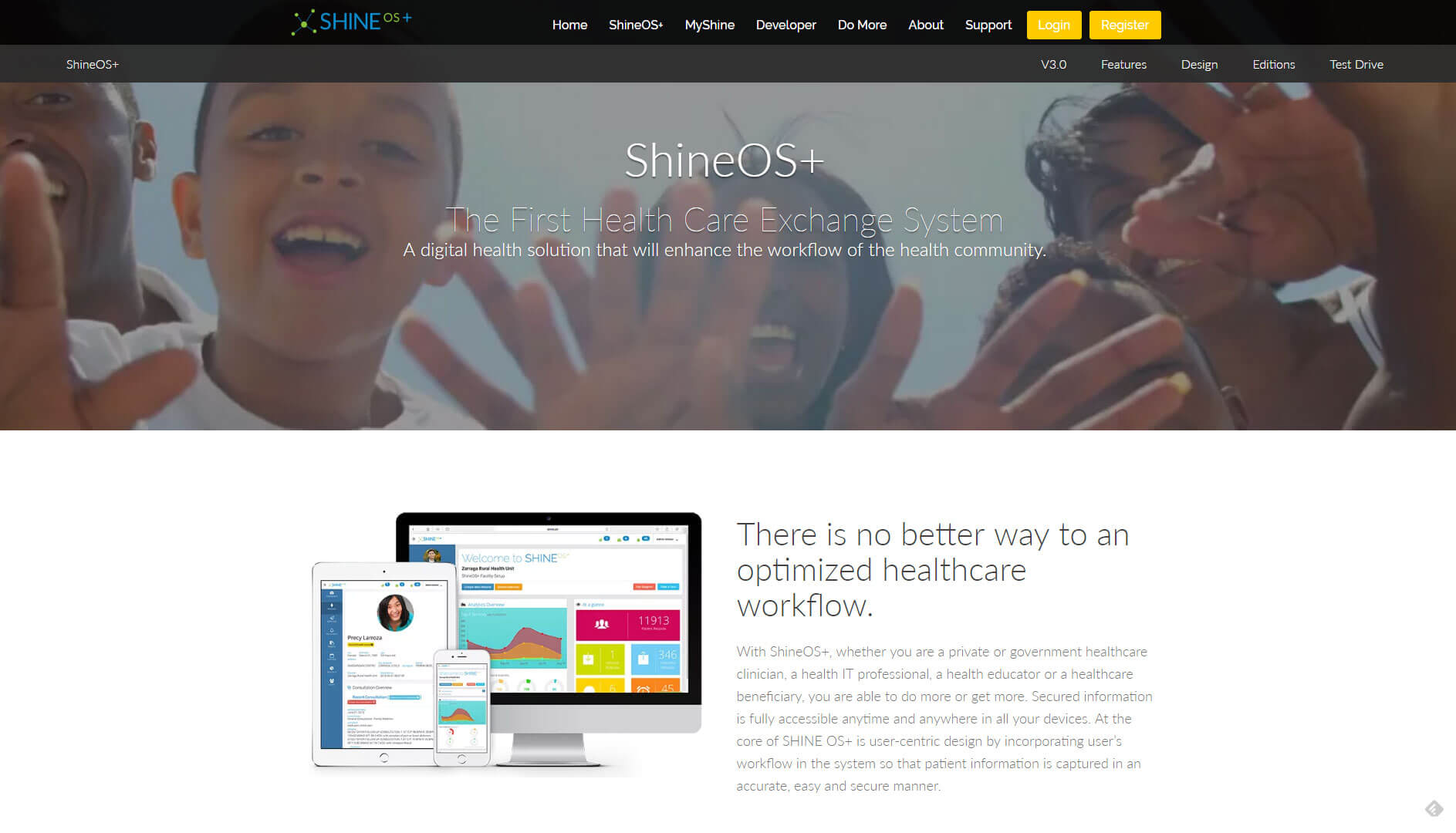 Dr. Mimi Bondoc, municipal health officer of Zarraga, Iloilo, has worked in public health service for the past 26 years, and has witnessed how technology has helped in improving the delivery of healthcare to Filipinos, particularly those in underserved areas.

Technology, she says, helped address one of the biggest constraints of public healthcare facilities—lack of manpower.

She recalls how patients would line up for hours for a consult with a health worker. Many of them would go home displeased by the poor quality of public health services. Undermanned, she and her team need to work longer hours so all patients for the day are served.

Then in 2011, Smart Communications chose Zarraga as one of the pilot sites for its innovation Secured Health Innovation Network Exchange or SHINE, an electronic medical record (EMR) platform that digitizes patients’ records.

With this breakthrough, patients’ records are accessible unlike before when everything is done manually and the health center staff had to spend more time looking for the records of patients.

“We owe the improvement in the public health system to technology. The breakthrough in EMR made our workload lighter and helped address the lack in manpower. We’ve been using this Smart innovation for more than five years,” says Bondoc.

“With a single click of a button, the patient’s record is already there so we get to serve more patients, and they go home satisfied with the services,” she adds.

This story is common for many rural health centers in the Province of Iloilo, where the EMR was piloted in 2011. It has since evolved to become SHINE OS+, an open source platform that allows developers to design modules and plugins to customize it based on the needs of target communities.

To familiarize existing and new users of the new features of SHINE OS+, Smart organized a two-day training workshop in Zarraga last September.

Health workers including doctors, nurses and midwives who represent the municipalities of Zarraga, Leganes, Maasin, Janiuay, Barotac Nuevo, Banate, Calinog, and Carles attended the training. Apart from Zarraga, other existing users are the rural health units (RHUs) of Leganes and Maasin.

The training was conducted by Dr. Reena Estuar, executive director of the Ateneo Java Wireless Competency Center (AJWCC), which developed the open-source platform. The training includes introduction on the functionalities of SHINE OS+, and encoding a health record. The Data Privacy Act of 2012 was also discussed to underscore responsible data keeping among the health workers.

“Developing the SHINE OS+ was in line with the vision of Smart to digitize healthcare down to the patient level. We allow the public to customize the platform to address the specific need of the end-user, making it relevant to a community,” says Estuar.

AJWCC has also developed the SHINE OS+ Mobile to make the platform and its functionalities accessible to health professionals anytime, anywhere, and MySHINE, which was designed as a companion app for patients whose healthcare records are stored in the network.

“We have been optimizing use of technology to make lives better for more Filipinos. SHINE OS+ will help make quality healthcare accessible to underserved, and isolated areas, and at the same time, make it easier for our health workers to deliver quality healthcare,” said Ramon R. Isberto, head of Public Affairs at Smart. (Press release)

Magnum Cebu lets you “Make Your Own Magnum”

This Halloween, scream all you can at the series of spine-tingling, hair-raising horror flicks at the first-ever outdoor movie cinema at The Mactan Newtown in…