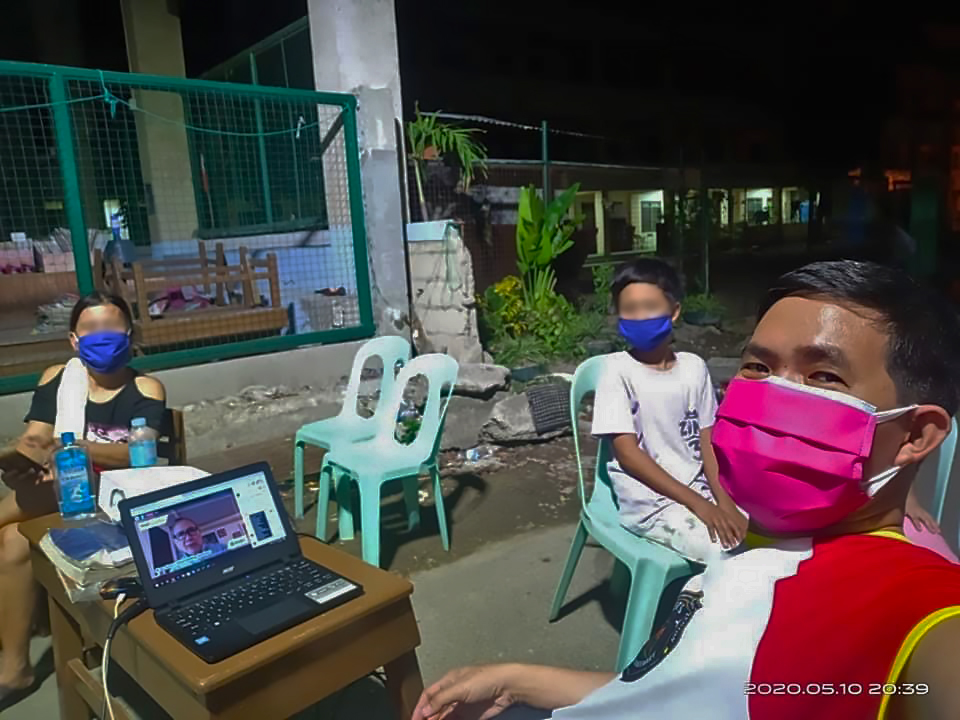 Quarantined in a barangay isolation center in Brgy Luz, a COVID-19 hotspot in Cebu City, educator Roy Genares turned to the Internet to lift the morale of his fellow COVID-positive patients.

A principal in a mountain school in Cebu City, Genares hosted nightly movie viewings for the adults and senior citizens and watched LearnSmart e-storytelling sessions with the kids.

“It was challenging for us to hold these activities, but with the help of the internet and social media, we were able to pull it off,” he said.

As more Filipinos turn to video and other data services amid the COVID-19 crisis, PLDT and its wireless unit Smart Communications, Inc. (Smart) continue to expand and upgrade their fixed and wireless networks across the country, despite challenges presented by the imposition of community quarantine.

We are regaining the momentum of our sustained network roll out efforts over the past five years which have placed us in a strong position to cope with the surge demand for data services during the COVID pandemic.

“In the first month after the lockdown was implemented, our network teams faced movement restrictions and we also had to take safety precautions to protect the health of our employees and our customers,” said Alfredo S. Panlilio, PLDT Chief Revenue Officer and Smart President and Chief Executive Officer.

“But we have since made adjustments and have stepped up our network roll out and maintenance activities. We are regaining the momentum of our sustained network roll out efforts over the past five years which have placed us in a strong position to cope with the surge demand for data services during the COVID pandemic,” Panlilio said.

“By May 2020, we were almost back to pre-ECQ levels. We did this by carefully deploying our people in the field to do physical installations and upgrades and combining this with systems upgrades done remotely,” said Mario G. Tamayo, Senior Vice President for Network Planning and Engineering for PLDT and Smart.

The beneficial impact of these continuing expansion efforts have been confirmed by independent third-party firms like Opensignal, which published a recent analysis about the resilience of mobile networks in the Philippines amid the Covid-19 emergency.

“In the Philippines, video has been a big driver of data consumption, and with measures such as the General community quarantine (GCQ) and Enhanced community quarantine (ECQ) imposed in response to Covid-19, Filipinos are consuming videos on Youtube, Netflix and other online streaming services more than ever, putting the mobile networks under pressure,” Opensignal’s Hardik Khatri wrote.

“As operators in the Philippines reported a dramatic surge in data consumption, we found that the quality of the video streaming experience over 4G connections was resilient,” Opensignal said.

The study, which covered the period Sept. 1, 2019 to March 31, 2020, showed that while 4G Video Experience in March declined by 7.2% in urban areas and 14.7% in rural areas, “the typical 4G Video Experience in the Philippines ranges from Fair to Good, which suggests that the mobile operators have been able to cope well during these extraordinary times.”

Between September 2019 and February 2020, Opensignal noted that 4G Video Experience had improved in a majority of the regions, with rural users in Mindanao seeing the biggest improvement (23.3%) and urban users seeing the highest improvement of 9.1% in the NCR.

In March, when the government imposed restrictions due to COVID-19, Opensignal observed a decline in 4G Video Experience across all regions. “However, urban areas saw much smaller changes than rural regions indicating greater resilience,” Opensignal said.

“Despite the downturn described above, users in the Philippines continue to enjoy a Good 4G Video Experience (55-65 on a 100 point scale) in the NCR, and a Fair 4G Video Experience (40-55) in the remaining regions regardless of whether they are based in urban or rural areas,” Opensignal noted.

To better support Filipinos’ increasing appetite for video, social media, gaming and other online activities, PLDT and Smart have continued to expand and upgrade their fixed and wireless networks across the country.

In April, Smart further increased the capacity of its LTE network by reallocating its assigned 1800 Mhz frequency from 2G to 4G/LTE. As a result, 3,785 2G base stations of Smart have also been providing additional capacity for its LTE network.

Independent data referenced with consent from Opensignal, Mobile networks in the Philippines are more resilient in urban areas than in rural during the crisis, May 2020.

You can now enjoy the mouth-watering dishes of top Cebu restaurant Hai Shin Lou Cebu in the comfort of your home. Order from a takeaway…

Enjoying pizza, pasta and other treats is now more convenient as Pizza Hut reopens more branches around the country and introduces new ways to take…