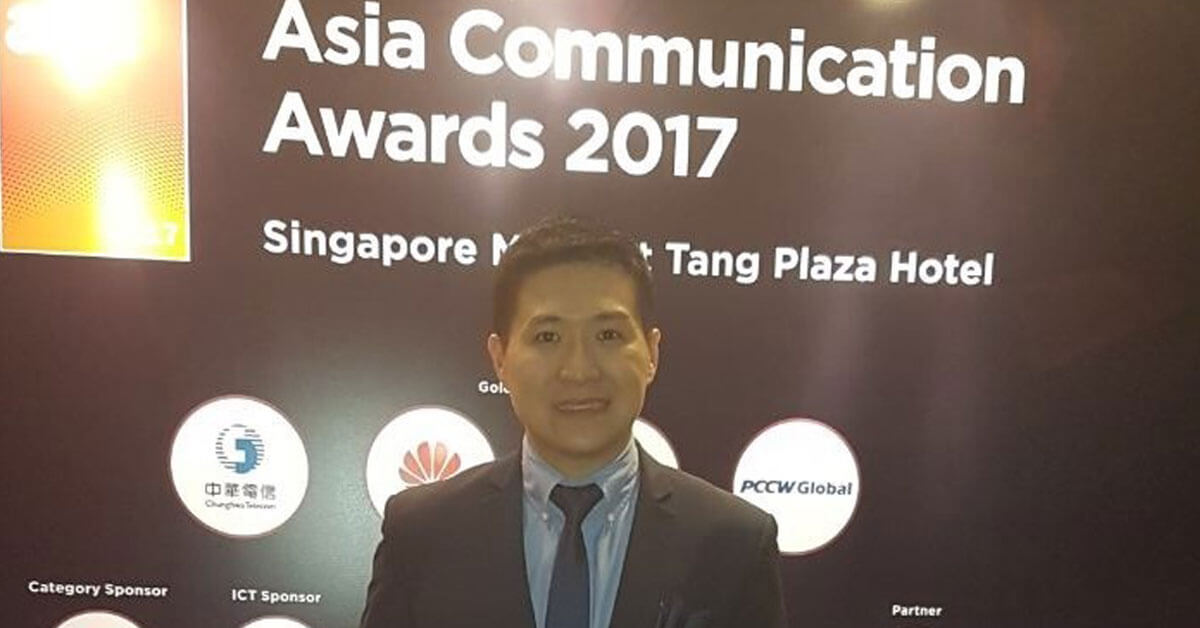 For its efforts to boost its network and make relevant digital services accessible to Filipinos, PLDT wireless unit Smart Communications was named Digital Service Provider of the Year at the Asia Communication Awards (ACA) ceremony held recently in Singapore.

Janet Watkin, head of the ACA panel of judges and CEO of a customer experience consultancy, said simply making it to the shortlist was already an achievement, given the challenges faced by the telecommunications industry.

“Doing business has become more digital, global, social, and mobile, and the marketplace is vaster and more crowded than it has ever been. Alongside changes in technology and competition are the changing expectations and behavior of customers. As such, making it onto the shortlist for the Asia Communication Awards is indeed a formidable achievement. To win requires that something extra special that is a cut above the rest,” she said.

Smart, represented by PLDT SG country manager James Melon, receives the first of two awards at the ACA in Singapore.

“We are honored to receive these awards from a prestigious institution that understands the rapid changes sweeping through the telco industry. This recognition further inspires us to intensify our pursuit for digital transformation and to bring the benefits of the digital life to more Filipinos,” said PLDT and Smart chairman and CEO Manny V. Pangilinan.

Smart has a multi-pronged approach in encouraging Filipinos to welcome the digital change – it continuously improves and expands its network while making available devices, relevant content, and value-packed service offers to its subscribers.

In 2016, Smart and PLDT launched a $1-billion digital transformation program to enable their fixed and mobile networks to support the rising demand for digital services. Smart has committed to progressively deploy LTE services to 95% of the country’s cities and municipalities by end-2018. To do this, the company is combining low-band frequencies for better indoor penetration and wider coverage, with high-band frequencies for additional capacity. These frequencies include those obtained through the acquisition of the telco businesses of San Miguel Corp.

Because not many Filipinos can afford LTE handsets, Smart has partnered with various device manufacturers to introduce affordable LTE devices with network-compatible frequencies.

To communicate its digital transformation, Smart in mid-2016 unveiled a new logo resembling the Greek letter Delta which means change. Smart also launched the Welcome Change campaign to encourage more Filipinos to discover what the digital life has to offer.

To expand its library of relevant content, the company has partnered with the likes of iflix, Cignal, ABS-CBN’s iWantTV, and Fox.

On top of these efforts, Smart continues to introduce affordable and value-packed products such as GigaSurf50 which offers 1 GB of data plus 300 MB for YouTube and other apps, as well as unlimited SMS to all networks. All this is valid for three days for only P50.

Smart is in the middle of a network transformation program which seeks to bring LTE to 95% of the country’s cities and towns by end-2018.

Smart has won several awards at the ACA, including Operator of the Year in 2011 and 2012.

Smart’s donation of digital tools and content, even in remote areas without electricity, enable more Filipinos to be part of the global knowledge economy. Depending on the terrain, the learning packages come in the form of the TechnoCart or a backpack called School-in-a-Bag. These contain devices such as tablets, laptops, projectors, pocket Wi-Fis, and solar chargers.

More importantly, the devices are preloaded with learning tools such as the Batibot mobile application co-developed by Smart. This is the first educational app for kids in the Filipino language that is aligned with the kindergarten curriculum of the Department of Education. (Press Release)

With Father’s Day just around the corner, you’re probably mentally listing down gifts for the greatest hero of your life. Here are suggestions to express…

The bagnet of Ilocos, sisig of Pampanga, bulalo of Batangas, and many more Luzon dishes will serve as the highlight of the Marco Polo Plaza…