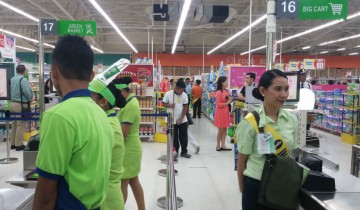 SM Hypermarket opened a third branch in Cebu at the commercial complex of the Mactan Economic Zone (MEZ) II to cater to the diverse mix of people in Lapu-Lapu City.

This will be Cebu’s first SM Hypermarket with a provision for 33 retail spaces that can accommodate dining facilities, clothing and other dry goods shops, and services outlets, said company vice president Arnold Paul D. Daluz.

The SM Hypermarket Lapu-Lapu City branch is in the ground floor of the two-storey building, while most of the retail facilities will be in the second level.

The hypermarket makes it convenient for MEZ workers, Mactan residents, and travellers flying in or leaving Cebu from the Mactan Cebu International Airport (MCIA) by opening at 6 a.m.

“There is about a million daytime population in Mactan and SM Hypermarket Lapu-Lapu caters to their needs. We decided to build a hypermarket in Lapu-Lapu as it is a booming city,” Daluz explained during the opening of the facility on February 26, 2015.

Asked about SM Hypermarket’s expansion plans, Daluz said the company is looking at areas north and south of Cebu City.

According to Veloso, the SM Hypermarket Lapu-Lapu is the first in Cebu with a second floor for retail facilities.

The retail spaces, which will be managed by SM Supermalls, measure from 80 to 500 square meters, she added.

Nine of the facilities are on the ground floor while 24 will be on the second level, which will host computer, accessories, clothing, food, services, and other retail segments, she further said.

Daluz added that the hypermarket will employ around 2,000 employees and that another 1,000 will be added when the second floor opens later this month.

Around P1.3 million worth of illegal substance was confiscated from a mother of three, an alleged big-time drug pusher, at Sitio Buli, Barangay Duljo-Fatima, Cebu… 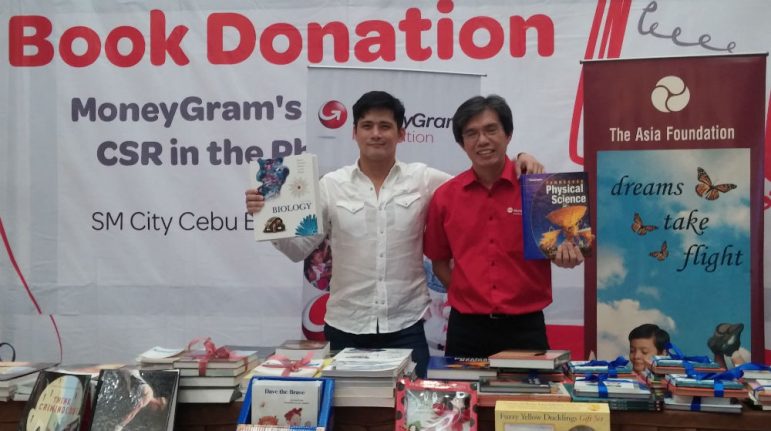 At least 16 schools and colleges in Cebu received around 6,000 books from the Moneygram Foundation during a recent turn-over ceremony attended by its celebrity…