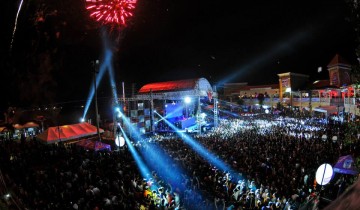 Sinulog is both festive and religious. It is the biggest religious gathering in Cebu; it is also its biggest party – on the street, in dance halls and open air locations.

GIANT PARTY. Lifedance says it is the country’s first outdoor EDM or electronic dance music party. This year’s Lifedance will be held on January 16 at the SRP. (Photo taken from official Lifedance Facebook page)

Revelry starts on the week leading to the grand parade and continues way into the early hours before dawn breaks each day. If you’re out to have fun during Sinulog 2015, here are the parties you should join. Pit Senyor!

(UPDATE: Smart Prepaid kicks off ‘Live All Out’ season with 2 of the biggest parties in Sinulog 2015 (and we’re giving away tickets!!); subscribers get chance to win iPhone 6 (Read all about it in an updated story here)

January 15 to 17
Known for gathering the best local rock bands in one stage, Sonic Boom is one party to look out for. “Enjoying 8 years of making gigs that don’t suck,” it says. Sonic Boom has raised their game by making it a 3-day music event with 8 artists per day.

January 16
Life Dance is known for having epic parties that are joined by locals and tourists alike. It said in its website that it is the country’s first ever outdoor EDM or electronic dance music party. This year, they have prepared a night of Electronic Dance Music by local and international DJs

January 18
They made history last year by hosting one big party and this year, they are about to do the same. Situated beside the grand parade route, they surely will lure the crowd with the beats by local and national DJs.
WHERE: Alchology Parking lot
TIME: 1PM
TICKETS: General Admission (before Jan 12) P350 with free shirt
General Admission P500 with free shirt
VIP P15,000 10 tickets + freebies
CALL Via Chan +63927 366 4301 or +63933 449 6899

January 18
Having hosted Masskara Invasion, Kadayawan Invasion and more, Spectrum is known for hosting the wildest parties in the country. With a line up of the best of Filipino DJs and 4 international DJs they sure will make your Sinulog experience unforgettable.

Download Sinulog Guide to be updated on Sinulog events and parties. 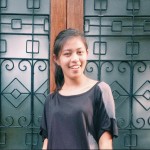 Krisha is a third year Masscom student from STC, majoring in Corporate Communications. She is a member of the Metro Cebu Justice Advocates. She also loves filming and designing.

Krisha is a third year Masscom student from STC, majoring in Corporate Communications. She is a member of the Metro Cebu Justice Advocates. She also loves filming and designing.

A town mayor has asked for Capitol’s help to build dikes to prevent flooding in low-lying areas. Other mayors of towns affected by Seniang also…