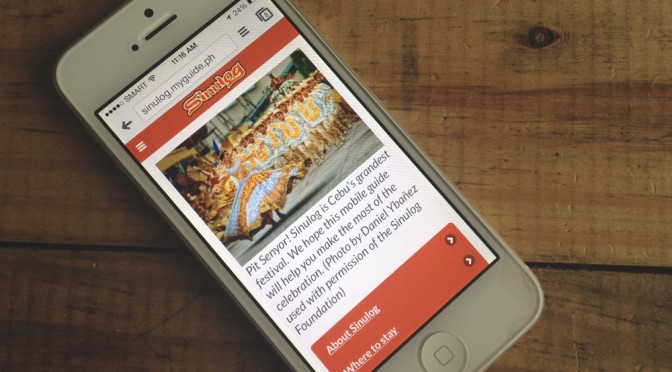 It’s less than three months to the Sinulog 2014 celebration in Cebu and accommodations along and near the procession and parade routes are fast filling up. (Update: We now have an Android app version)

Have you made your reservations?

Some Cebu hotels and pension houses require two-night, three-night, or four-night stays during the Sinulog Festival 2014 weekend when the Solemn Procession and Grand Parade will be held, which is every third Saturday and Sunday of January.

Rooms range from simple to plush and cost much more during the Sinulog 2014 Solemn Procession and Grand Parade than any other days.

A few Cebu hotels and pension houses are already fully booked for the Sinulog weekend while the others still accept reservations.

In 2014, the Sinulog date for the solemn procession is October 18 and October 19 for the grand parade. The Sinulog Foundation has yet to release the official Sinulog schedule for the month-long festival.

InnoPub Media has compiled a list of Cebu hotels and pension houses along or near the Sinulog grand parade and procession routes with their contact details at its Sinulog 2014 mobile web guide sinulog.myguide.ph. The mobile web guide will later carry relevant Sinulog updates, including schedule of activities for the month-long celebration.

A Sinulog 2014 mobile app for Android will be released soon. Baking the perfect Argao torta requires a confluence of several things, revealed one of the town’s top makers Jessie Magallones. The tuba (coconut wine) must… First, I had some of the homemade vanilla because this was cited as the bestseller of the Blue Bell Ice Cream flavors by Andrew Evans…