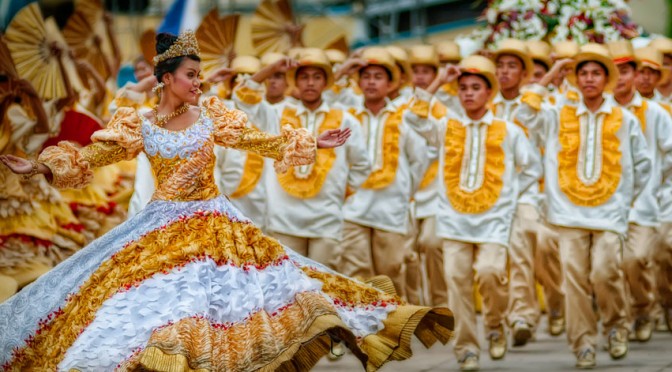 A retracing of Cebu’s journey through the years, the people and countries it interacted with, and their influences on the island’s values and beliefs will be the central idea behind the 2012 Sinulog Festival.

The theme “One Beat. One Dance. One Vision.” remains the same but the concept changes year by year and it will be “Cebu, City of Culture” in 2012, said Sinulog Foundation executive director Ricky Ballesteros.

Ballesteros explained the concept was influenced by Cebu City’s award in July 2011 as first ever ASEAN City of Culture, which was bestowed by the Association of Southeast Asian Nations Ministers of Culture and the Arts.

At the launching parade on January 6, 2012, students from 15 participating schools in Cebu will be dancing to the beat of the Sinulog garbed in the costumes of ASEAN member nations as well as Philippine regional dresses.

During the Grand Parade finale on January 15, 2012, the stage will transform into different time settings that will end with tall skyscrapers depicting a modern and cosmopolitan Cebu.

People can also expect the ongoing nightly cultural activities at the Fuente Osmena circle to be wholesome apart from having entertainment value since these are being screened by the foundation, said Ballesteros.

“We want the children to learn more about our culture through the nightly events at Fuente. The children today are focused on computer games and other things, they know little about our heritage,” he pointed out.

There will be visitors from different countries, including a National Geographic staff and a crew from Hawaii mainstream tv that will be covering the religious and cultural sides of the Sinulog Festival. The tv station will be creating a video documentary on the Sinulog, said Ballesteros.

The Philippine tourism secretary and organizers of popular festivals like Dinagyang and Ati-Atihan will also attend as well as other national government officials, said Ballesteros.

“Organizers of other Philippine festivals are excited to attend the Sinulog. They want to know how we do it here,” he added.

There will be a lot of balikbayan and VIP guests and there might be representatives from ASEAN member nations showing up for the Sinulog.

For the convenience of Pinoys abroad and international guests who have come to Cebu for the Sinulog, there are help desks in big malls manned by Cebu City Tourism Commission personnel.

The City Government is also hosting a party for balikbayan guests at The Terraces in Ayala Center Cebu on January 12, 2012.

A few out-of-town contingents have signified their intention to join, among them free interpretation category grand champion Placer of Masbate. This 2012, though, Placer will send another group to compete in the Sinulog-based category. It first joined as a contingent in the Sinulog-based category and won but came back competing in the free interpretation, where it has been defending champion for the last two years.

“I’m excited to see this group perform in the Sinulog-based category,” said Ballesteros, adding it would go up against perennial Sinulog-based winner Tangub City. He added that Tangub has been finishing first in its category for the last 10 years, breaking Southwestern University’s nine-year win record.

Also to watch out for, of course, are other out-of-town as well as Cebu contingents, said Ballesteros.

Other groups who have signified their intention to join include four from Leyte and a few others from Mindanao like Lanao del Norte, Lanao del Sur, and Cotabato.

Groups participating in either Sinulog-based or free interpretation, two categories for the grand parade, will be judged for their performances on the street and in the grandstand. There will be around eight judges’ stations along the parade route.

According to Ballesteros, the City is prepared for the influx of people that will be converging in Cebu for the Sinulog Festival.

Security is a priority in meetings being held to discuss festival preparations, he pointed out. A committee tasked to handle security measures is led by the military’s Central Command in coordination with police offices in Cebu City and Central Visayas.

Reinforcements in the form of additional soldies and policement will be sent in from neighboring provinces, he said, adding that like the last Sinulog celebration, the Marines will also be utilized for security purposes.

Along the parade route, there will be eight police outposts manned by Cebu City station heads.

Some more security personnel will be assigned at the Cebu City Sports Center where the Grand Parade finale will happen.

When the dancers perform at the stage in front of the grandstand, Ballesteros said the background will be clouds and designed in a way that it won’t be competing with the performing group’s props. Then later in the finale, this will change to tall buildings to showcase a modern and vibrant Cebu.

The stage will be adorned with red and yellow Sinulog flowers and a mini-chapel of the Sto. Nino will be placed at the side. This is so guests can see that th Sto. Nino is involved even in the festive side of the celebration.

Seats at the grandstand will be divided into four colors with different categories and prices for tickets: red is for sponsors and VIPs, blue is for balikbayans and other guests and costs P700, yellow costs P600, while green costs P500. 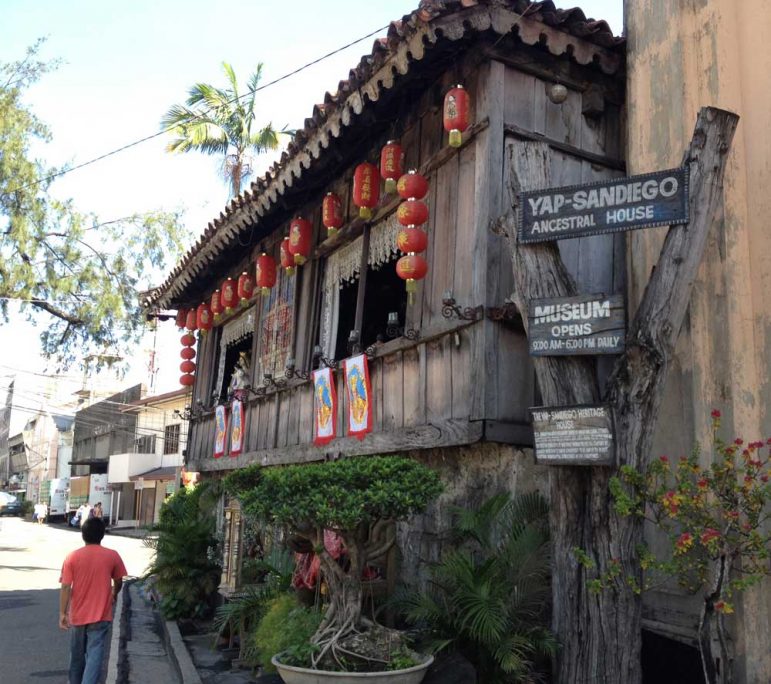 The house exudes the essence of a bygone era, a time already lived and long forgotten. You can feel it in the creaking of the…

Sinulog is the grandest fiesta celebration in the Philippines. It has several religious and cultural events scheduled to start as early as December. The highlight…

1 Comment on Schedule of cultural, religious activities during Sinulog 2012
facebookinstagram