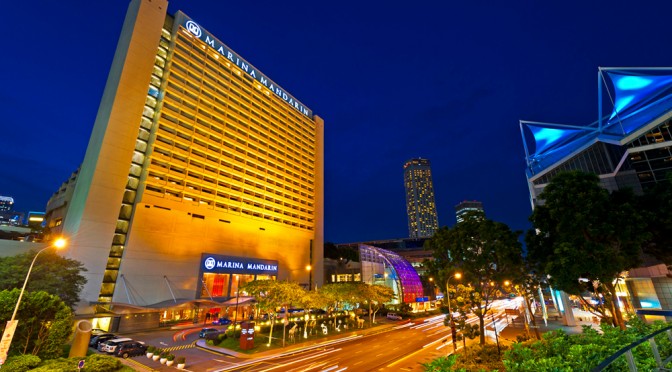 Summer, the season for travel, is here. Where do you plan to hie off to? If Singapore is on top of your list, check out the new and popular as well as thematic places and events that it has to offer to tourists.

Sherina Chan, Singapore Tourism Board (STB) Area Director for the Philippines and Brunei, said in a briefing in Cebu City that they have all kinds of accommodations — from luxury to budget — for visitors.

Right in the heart of Singapore’s city center is Marina Bay Sands, a world-class casino and hotel offering luxury dining, shopping, and entertainment.

Marina Bay is capped by the Sands Skypark, which offers a view of Singapore from 57 storeys above ground, and has a 150-meter long infinity pool, a stretch of restaurants and clubs, plus the first Louis Vuitton Island Maison in Southeast Asia on its waterfront, said Chan.

Another feature of Marina Bay is the Art Science Museum that spans 50,000 square feet of galleries and is currently exhibiting a replica of the Titanic.

She added that another popular destination is Resorts World, a 49-hectare development on Singapore’s holiday island Sentosa that hosts the popular theme park Universal Studios. Resorts World has two new hotels, Equarius and Beach Villas, and its many attractions include Marine Life Park, Maritime Experiential Museum and Aquarium, and FestiveWalk.

A new offering at Universal Studios, according to Chan, is the Hollywood Parade, which started in December last year and is in addition to Transformers.

Marina Bay and Resorts World are the two things that changed the face of tourism in the city-state, according to Ms. Chan.

It has become a popular destination for Filipinos, said Chan, adding that the Philippines is the city-state’s top sixth international market for 2010 and 2011. Last year, 678,000 Filipinos visited Singapore, said Chan. The number is 24 percent higher than 2010’s 544,000.

“This is an indication that Filipinos do enjoy Singapore. They keep coming back,” said Chan.

There are alternatives to the mall scene in Singapore and these include Holland Village with its eateries and local bars, Haji Lane with its retail shops, and Ann Siang Hill with its quaint restaurants and cafes.

A little more adventurous are tours to D’Kranji Farm Resort, said Chan. At this resort, tourists can milk cows or goats and pick veggies for lunch. Also offering a different travel experience is Wild, Wild Wet with its water activities.

Not all activities at Singapore need to be expensive, she added, explaining that tourists can have a picnic or fly kites at Labrador Park and Henderson Waves. These places show that Singapore is not just a city lifestyle destination, Chan pointed out.

Singapore summer events that draw in tourists include the Great Singapore Sale from May 25 to July 22 and May’s Asia Fashion Exchange (AFX), one activity of which is the search for new talents through a fashion design contest called Star Creation.

Two other AFX events happening in May are Blueprint, a trade show featuring fashion designs of top Asian stars and emerging designers from the West, and a conference called Asia Fashion Summit. AFX involves 16 shows in seven days.

She hoped more Filipinos would be participating in this year’s search, adding they are also looking for one band from the Philippines to perform during the Timbre Rock and Roots.

“The participation of the Philippines is somewhat lacking. There are lots of talents here. If there are Philippine designers interested in bringing designs to the international front, Star Creation would be the perfect time to do it,” she said.

Other must-try places and events, according to Chan, involve the one of a kind experience at the Singapore Flyer, drinking Singapore tea at TWG Tea Salon, hanging out at St. James Beer Garden, eating at Marche either in Somerset or Vivo City, watching the musical Wicked that is currently playing, learning to cook Singapore cuisine at Sherway’s Cooking School, and whiling the night away at Pangea, Avalon, or Zouk.

New attractions for visitors in Singapore include River Safari–which takes guests on a tour of replicas of eight of the world’s great rivers, thematic Gardens by the Bay for nature-lovers, and improved cruise packages.

When people talk of diving in Cebu, they usually mention the small town of Moalboal in the province’s southwestern coast that is famous for the…

2 Comments on Moalboal in Cebu hosts over 10 dive sites

Cordova’s bakasi and other bounties from the sea

Text and Photos by Boboi Costas The bakasi (saltwater eel) thrives abundantly in the town of Cordova, Mactan Island, a 45-minute drive from the city…