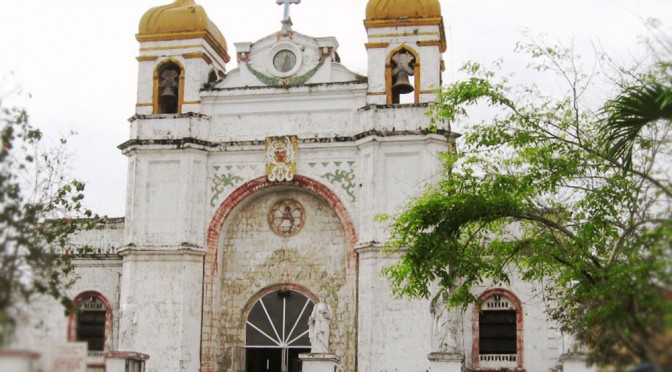 One of the very first things people notice about the Santa Catalina de Alejandria Parish Church is the life-size statues of the 13 apostles perched on the columns of the structure’s fenced patio.

Another is of a similar sculpture of the fourteenth apostle, the betrayer Judas Iscariot, standing apart on a pillar near the rectory.

Construction of the present-day Carcar Church started in 1860 under the supervision of then parish priest Fr. Antonio Manglano, according to Balaanong Bahandi, a book on the religious history of the Cebu Archdiocese.

It was only in 1875, though, that the structure was completed under Fr. Manuel Fernandez Rubio, who was also credited with building the church rectory of stone and wood, the book added.

A relief of a different church, this one with a single belfry, carved on the door of the sacristy and a bell dated 1810 suggest another stone structure had stood on the site of the current one in the early 19th century, revealed the Balaanong Bahandi.

Fr. Felipe Redondo, in his book Breve Reseña published in 1886, described the present-day church as made of mamposteria or cut stone, with three naves and roofed with tiles, and two bell towers incorporated in the facade.

The Carcar Church has a rectangular floor plan with a main nave and two side aisles. Its facade is divided into segments by cornices, and the pediment flanked by the topmost part of two bell towers.

A cross decorates the apex of the pediment and the two belfries.

Although some writers have described the Carcar Church bell towers as being capped by onion-shaped domes, their base is square instead of circular and the arch flat instead of full like those of the Roman Orthodox churches.

A massive recessed arch that occupies almost two-thirds of the facade’s height frames the main doors.

The Santa Catalina de Alejandria Parish was originally established as the convent of the La Visitacion de la Nuestra Señora on June 21, 1599, wrote another church historian, Fr. Pedro Galende, in his book Philippine Church Facades. This was in the coastal village of Sialo or Siaro, known today as Inayagan in Barangay Villadolid.

Frequent Moro raids prompted the transfer of the settlement to what is now the city center, known then as Mowag or Kabkad after the name of a fern which used to grow abundantly in the area, he added. 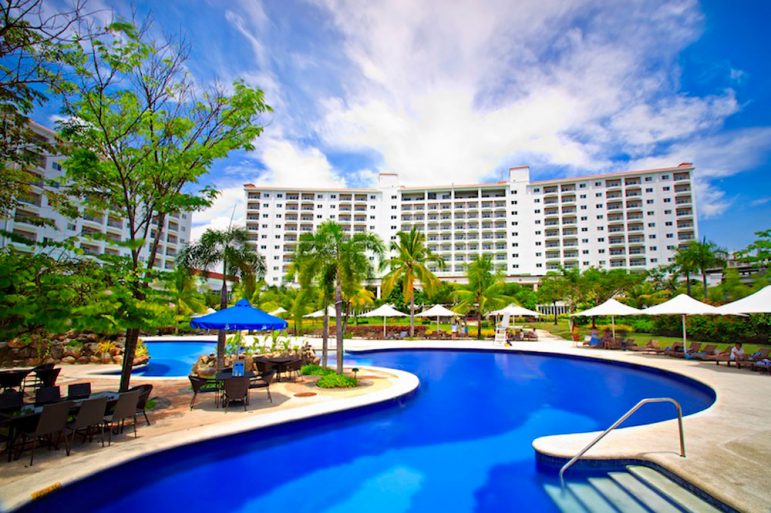 By June 1, Imperial Palace Waterpark Resort and Spa will start being known as JPark Island Resort Cebu (JPI). The move is intended to create… 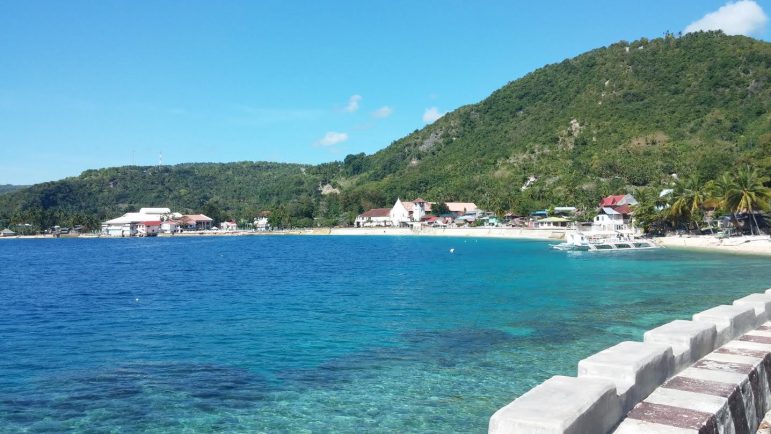 If you’re planning a Cebu trip during the Holy Week break and feel that the holiday island of Bantayan will be too crowded, you might…