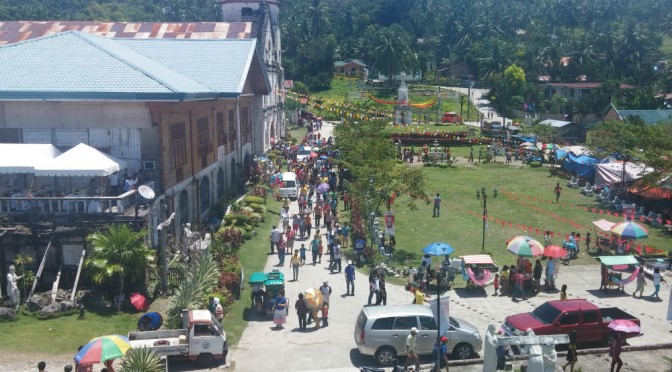 As one of the few towns located at the southernmost tip of Cebu, Samboan is an unspoiled gem of natural wonders and ancient stone monuments.

It is home to rivers, springs, waterfalls, caves and clean coastlines as well as structures that are hundreds of years old and bear silent witness to Samboan’s early years. Here are Samboan town attractions you can visit and instructions on how to get there.

The town center is perched atop hill and forms a landscape that offers a panoramic view of the Tañon Strait and neighboring islands like Negros.

Town officials explain the name Samboan as coming from “sinamboang,” a method of fishing once commonly used by local fishers.

The story goes that during the early Spanish period years, the Spaniards who were the first to reach the town asked a fisherman for the name of the place. The fisherman, who didn’t understand a word of Spanish, thought they wanted to know what he was doing and so he answered “sinamboang.” 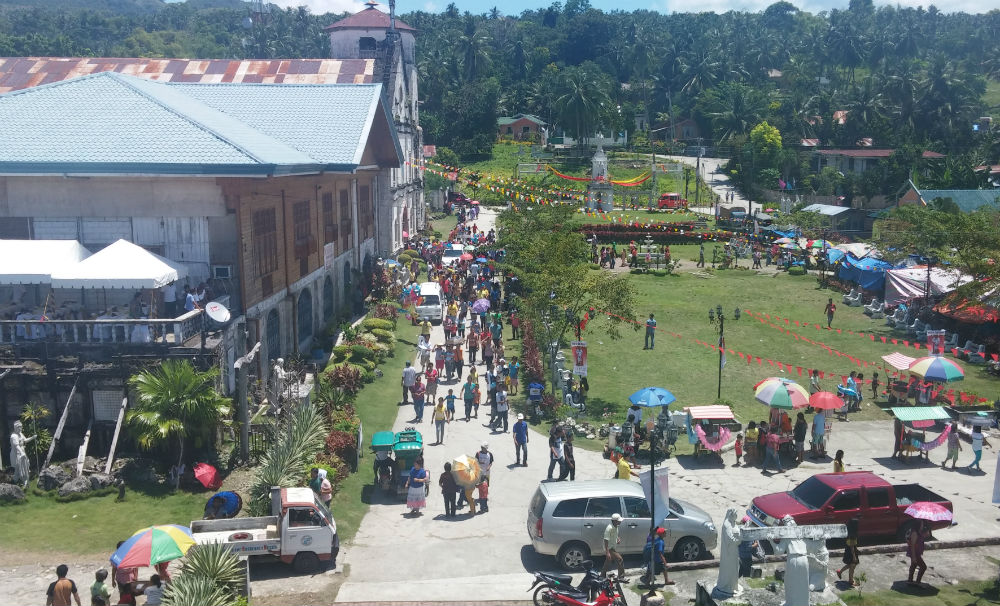 The town center of Samboan, as seen from the third level of the Spanish period belfry and watchtower named Campanario de Antigua, sits on a plateau that is over 200 feet above sea level.

For reasons of simplicity and brevity, the name was shortened to Samboang which later on became Samboan.

Located shorly before the very tip of the island, Samboan is one of the oldest towns in Cebu. 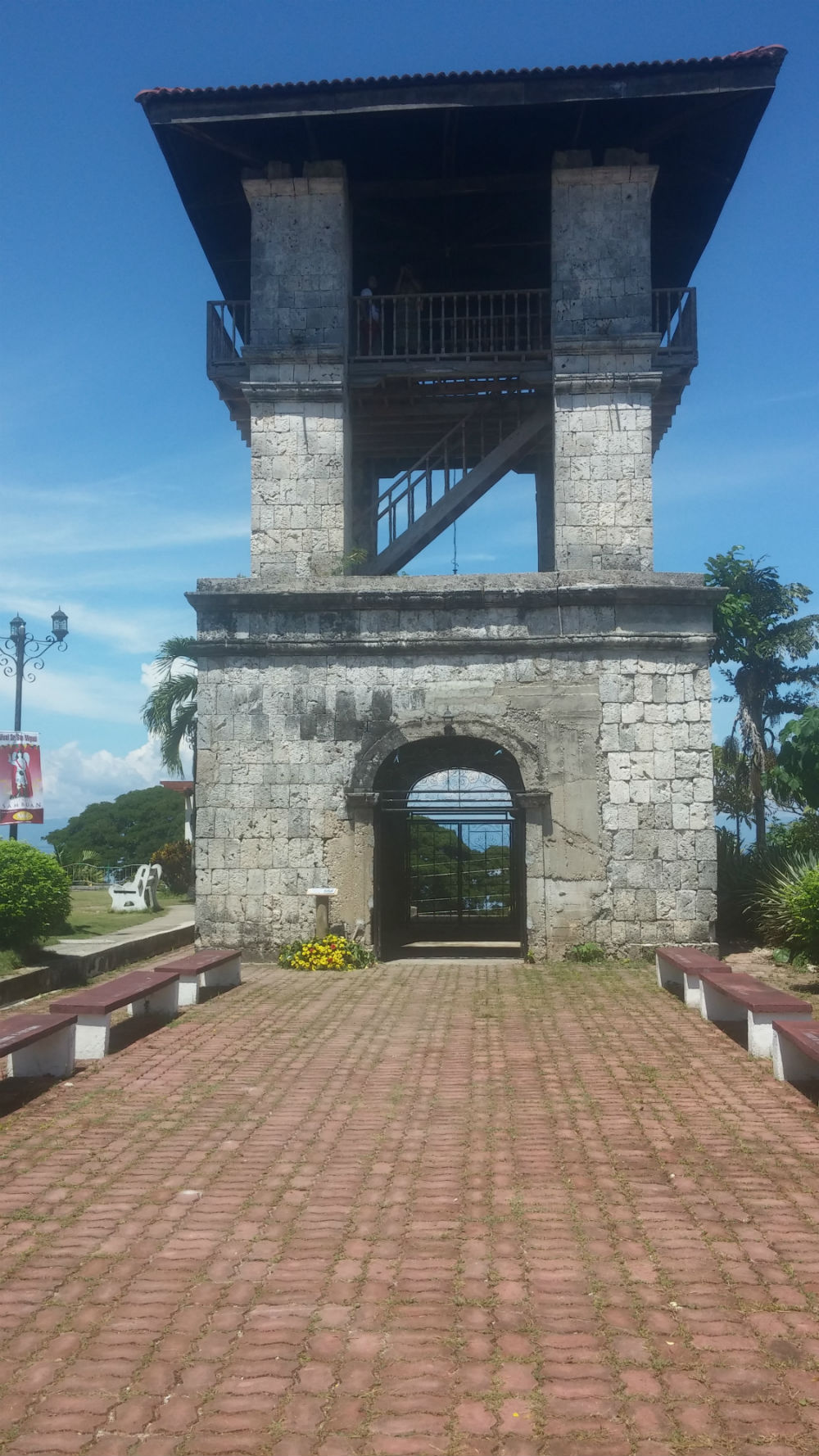 A painstaking restoration of the original watchtower, the Campanario de Antigua in Samboan formed part of a series of fortifications in southern Cebu aimed at providing coastal settlements early warning of pirate raids during the Spanish colonial era.

Historical accounts state the town was spotted by combatants of Miguel Lopez de Legazpi while they were doing reconnaissance of the island from March 15 to April 22, 1565, during the first few months of their arrival in Cebu.

The tranquil place started out as the Encomienda Canamucan and became one of the visitas of the Parroquia de Barili de Santa Ana (parish of Barili) in the 1600s. As a visita, it was under the jurisdiction of the parish priest of Barili who made scheduled visits to hold masses and other religious activities. 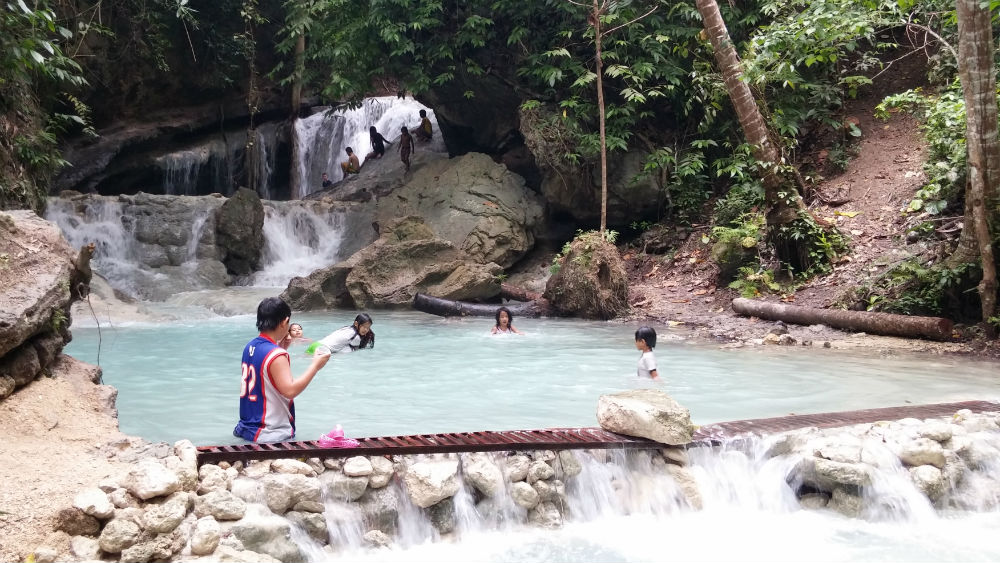 The first of Aguinid Falls’ five tiers, each of which has a unique cascade.

Samboan was made an independent parish on November 3, 1784 under the patronage of San Miguel Arcangel (St. Michael Archangel), with Ginatilan, Malabuyoc and Alegria under its territorial jurisdiction. Its first parish priest was Romualdo Avila, a Franciscano Decalzo.

One of the priests that came after him was the great Fray Melchor de Vera, a Jesuit priest that was credited with having built the Spanish fortifications that served as protection against pirate raids.

Life in Samboan, which is 140 kilometers or four hours of travel by bus from the central city of Cebu, is rustic and simple. For visitors who want to stay for a few days to truly enjoy what the town has to offer, there are a few facilities offering accommodations in Samboan. 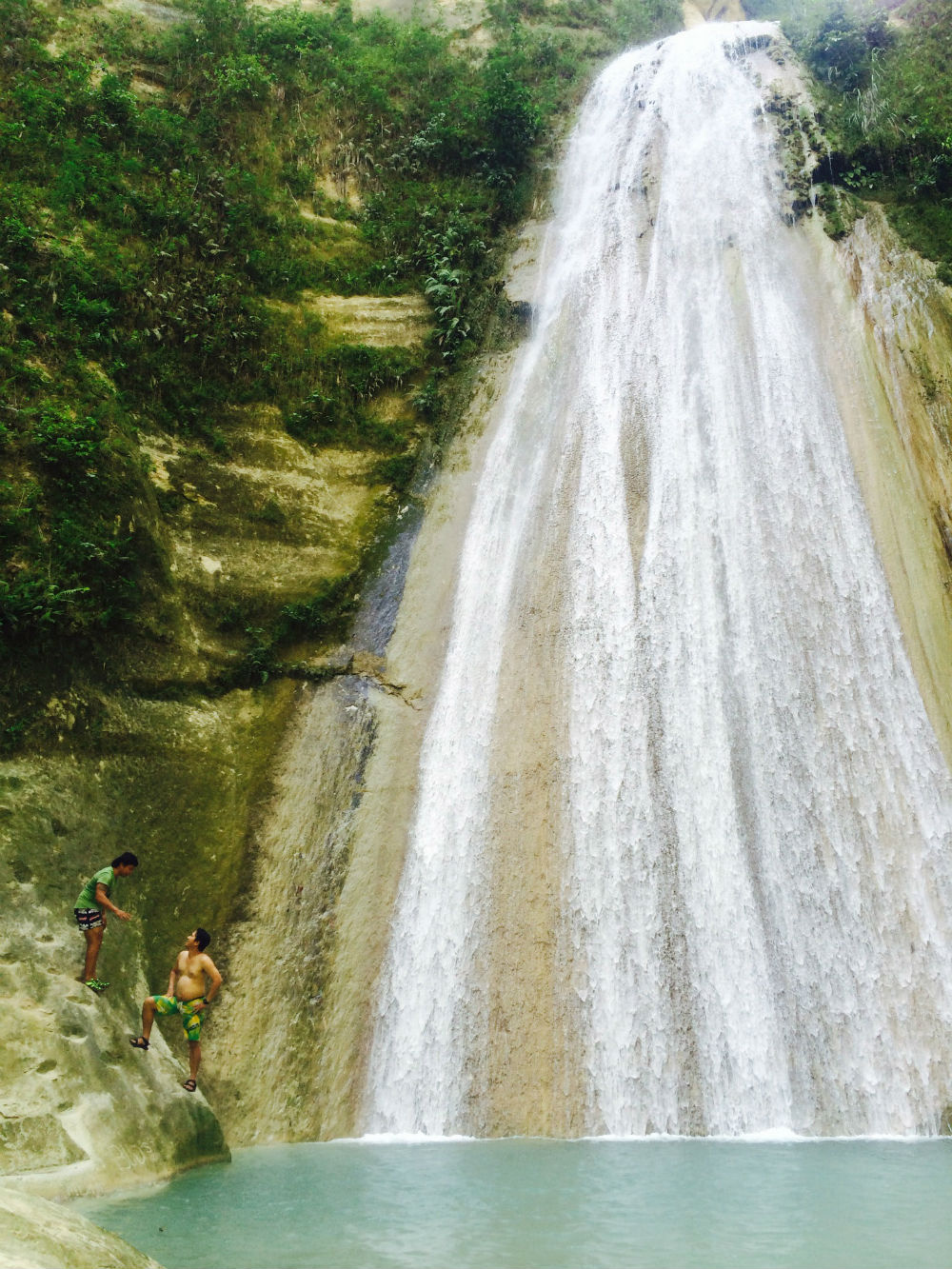 Da-o Falls is the tallest waterfall in Samboan, if not the whole of Cebu. It is a 90 feet vertical drop of water in lush surroundings of endemic and other tree and plant species. (Photo provided by the Samboan Municipal Government)

The town has progressed with the times while preserving the old ways, evidenced by the extant centuries-old structures and collection of rare items that offer glimpses into Samboan’s distant past. The ubiquitous tricycle and motorcycles for hire (what locals call habal-habal) are still the best way of getting around Samboan.

People still live on the bounties of the water and the soil.

They seek to preserve the seas that provide them with an abundant catch by creating marine sanctuaries and the land that yield a plentiful harvest by keeping the forests untouched and the waterways clean. View of Tañon Strait from the centuries-old watchtower in Samboan. Below is the Escala de Jacob, a stone staircase that provided coastal communities easier access to the church in olden times.

As a result, they’ve created a people’s paradise for everyone to enjoy, in the form of unspoiled waterfalls, rivers, and seas.

Interested in traveling to or learning more about Samboan? Get InnoPub Media‘s free mobile guide to Samboan. 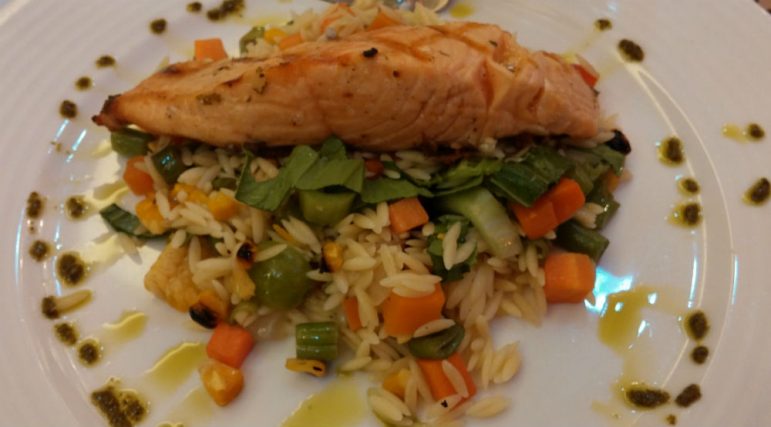 With the number of Cebuanos who dine out growing fast, the Max’s Group, Inc. believes the Cebu market is ready for its upscale American restaurant… 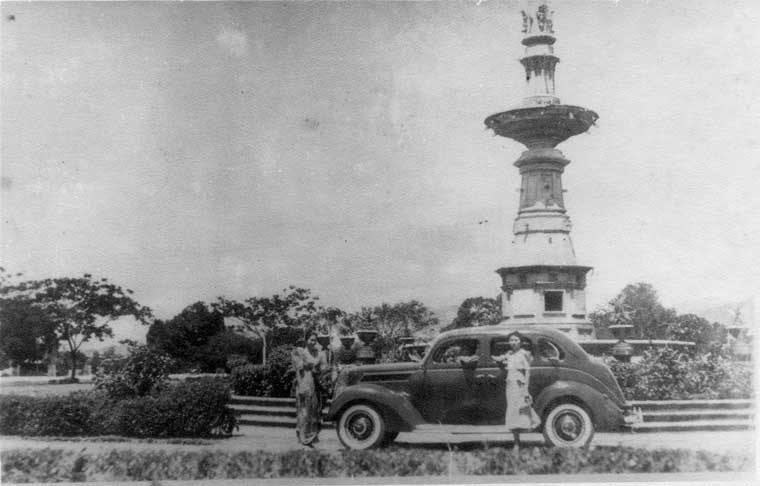 It’s hard to imagine today but the Fuente Osmeña circle was considered dangerous in the 1900s because it was far from the city center. Fuelling…