Safety during Sinulog is our priority: Mayor Osmeña 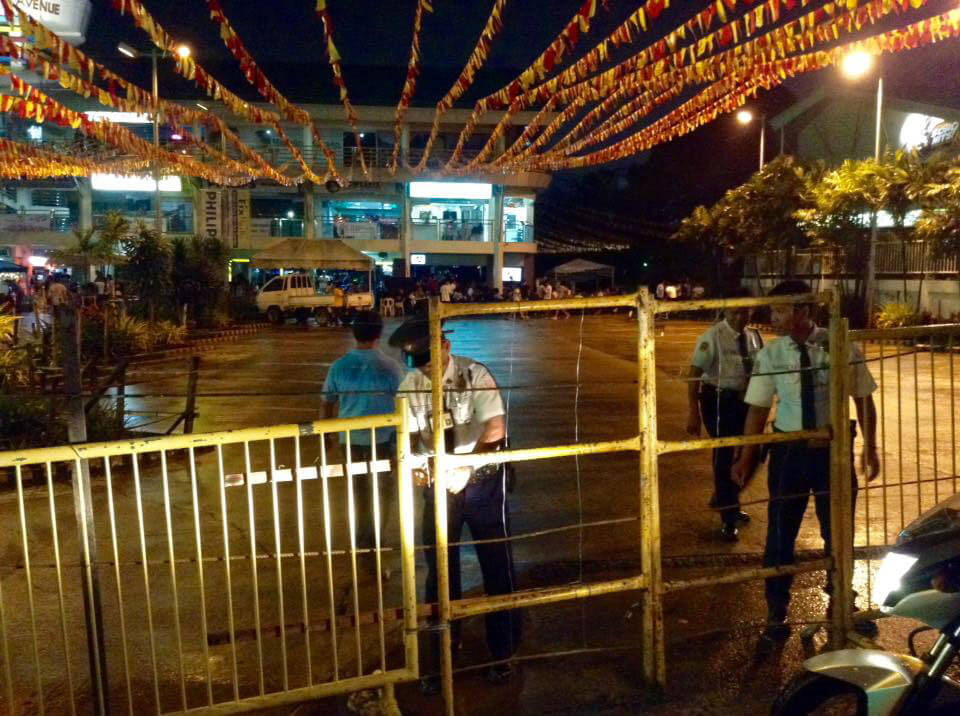 Osmeña said that this year, organizers will be extremely strict in enforcing laws and regulations. “We are interested in quality and not quantity,” he said.

PARKING. Mayor Tomas Osmeña orders guards to reopen the parking area of this establishment. He said such closures are illegal and the city will go after establishments that will padlock their parking areas to make space for dining tables or parties. (Photo taken from Mayor Osmeña’s Facebook page)

The mayor told people to be on the lookout for people who leave things, asking them to call the attention of security personnel deployed throughout the parade route.

Osmeña also warned owners of establishments not to close their parking lots and violate restrictions on putting up of loudspeakers and serving of alcohol on the streets. Those that violate these regulations will have their business permits “postponed and cancelled for 30 days.”

“The Sto. Niño is a child and we want to make Sinulog safe for children. That is one of our criteria and we will take action if we find that it is not safe for our kids,” Osmeña said.

Mayor Osmeña said the organizers’ goal is to end the parade by 4:30 p.m. so that the streets can be cleared by nightfall.

He said authorities will not tolerate public drunkenness and rowdy behavior.

The Cebu Provincial Government has declared no classes tomorrow, January 17, in both elementary and high school in the entire Cebu province. The suspension is…

Cut and Style 2017: Islands Souvenirs dazzles with Bling It On