Be your own center of excellence; don’t wait until you graduate to do actual journalism, masscom students told in forum 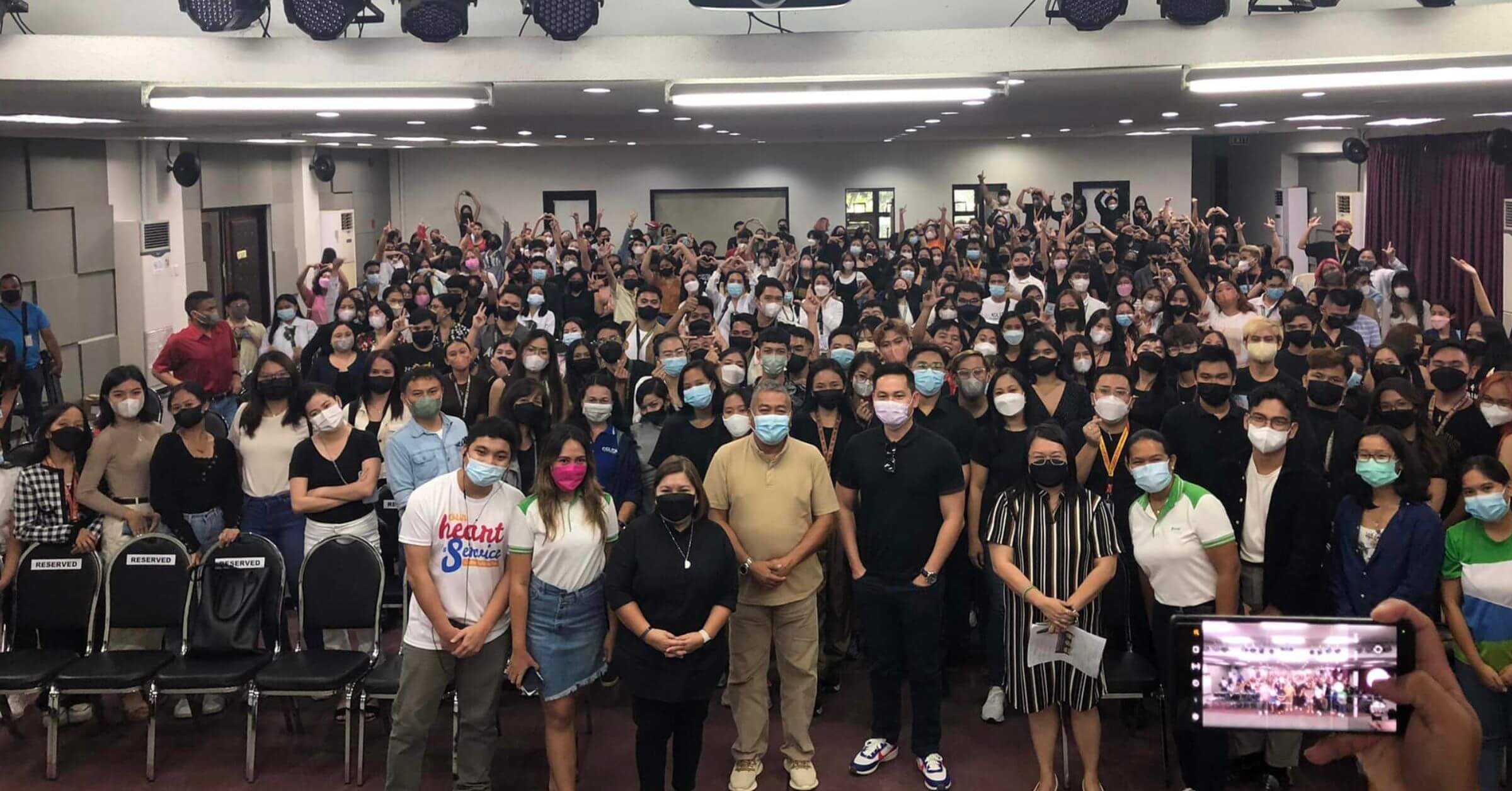 The future of media will see journalists “becoming your own publication,” historian, blogger, and newspaper columnist Manuel Quezon III said during the Reaching Out To Future Journalists forum held in UP Cebu last September 21.

“The future is Christian Esguerra who is a one-man band appearing online because the networks can’t afford the risk to hire him and keep him as an employee,” Quezon said.

Esguerra, who spoke in person during the forum, told the students to start creating journalistic content for the different platforms.

“In the case of my students in UST I told them don’t wait until you graduate before you do actual journalism, why yield the platform to the content creators out there when in fact you are being trained to do actual journalism,” Esguerra told the more than 300 students from 8 schools in Cebu in attendance.

“You don’t have to wait for the companies, legacy media owners to actually hire you,” said Esguerra, who hosts Facts First on YouTube.

Esguerra recounted how he was forced to do independent journalism when ANC let go of him a few weeks before the May 2022 elections. He said he “didn’t want to lose my voice in the middle of the campaign.”

“Imagine being fired a few weeks before the May 2022 elections. And nangigigil ka na nga kasi may bawal kang interviewhin etc. etc. di ba? Tapos tanggalin ka pa doon sa mismong platform. And then I found out, thanks to YouTube, warts and all, that you can do actual independent journalism there. So you can also do that,” Esguerra said.

Quezon told the students that the world is seeing the end of an era. “The era when we could aspire to belong to a strong, fighting institution, I think is passing.” Although, he said, “there are still some that are trying to do their best considering everything we’re up against.”

“Media in many ways has collapsed for the simple reason that the way of generating the income that would have allowed people like me – I benefited from the bargaining of a union in the Inquirer, I benefited from the reach and the colossal resources of ABS-CBN. I don’t think your generation can count on these things anymore. No organization is ever going to have the resources and thus, in many ways, the independence to pursue stories broadly the way they used to,” Quezon said.

Esguerra said, “this was the product of the success of the Duterte administration in terms of bringing many of those in the news media industry to their knees. Imagine mo mapasara mo yung ABS-CBN, the biggest network.”

Quezon said that today, “you don’t necessarily have to do what Marcos did, which was put people in Camp Crame. You just have to frighten the owners and if the owners don’t cooperate you just have to use the law to deprive them of the things…imagine how clever it is that what took trucks of soldiers of Ferdinand Marcos to shut down ABS in 1972 was done freely and openly in Congress two years ago.”

“So what’s the room for you?” Quezon answered a student who raised that question, “The room for you is to be your own center of excellence because at the end of the day people are expected to be easily distracted, to be content with low quality, and to prefer a short-term, superficial look at things, instead of a deep dive. You have to be capable of doing that deep dive, finding and carving out the space where you can put that deep-dive on exhibit and only through that deep dive can you get people to start rethinking, reviewing and maybe changing what they were conditioned to believe.”

“Something will emerge and you are young enough, technologically savvy enough to be part of the experimentation and the risk-taking that will try to figure out what comes next,” Quezon added.

Esguerra talked about disinformation while Quezon talked about historical revisionism during the forum. Elijah Mendoza of Smart Communications discussed how people can protect themselves online especially with the proliferation of scams such as those done through SMS.

“The church cannot and must not sit idly while our democratic institutions such as the news media are being threatened,” said Monsignor Daniel Sanico, who leads the Good Governance Committee of Cebu Caritas.

“We take guidance from Pope Francis’s exhortations on fake news – people have a responsibility to check the source of what they share on social media to ensure it is not fake news designed to further prejudices or increase fear,” Sanico quoted the pope in his closing statement.

Cebuano Artists Radel Paredes and Josua Cabrera presented their works and talked about editorial cartooning and the arts. Poets Nikay Paredes and Jona Branzuela Bering read poems during the event. Writer Myke Obenieta was also scheduled to read his poems but was unable to join because of technical problems. The three Cebuano poets are based outside the country.

After the discussions, students of UP Cebu performed a heart-rending snippet of their 1081 Exhibit, which is about the Martial Law.

The Reaching Out To Future Journalists is part of the annual celebration of Cebu Press Freedom Week. 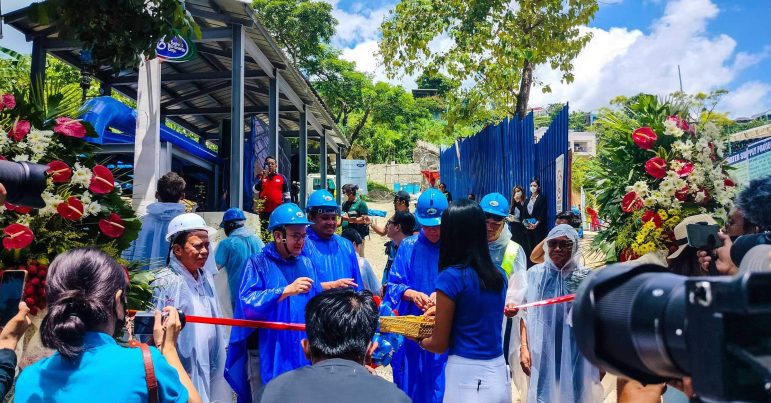 Around 40,000 households in Cebu City’s highland and mountain barangays will now have a steady supply of water with the opening of the Metropolitan Cebu… 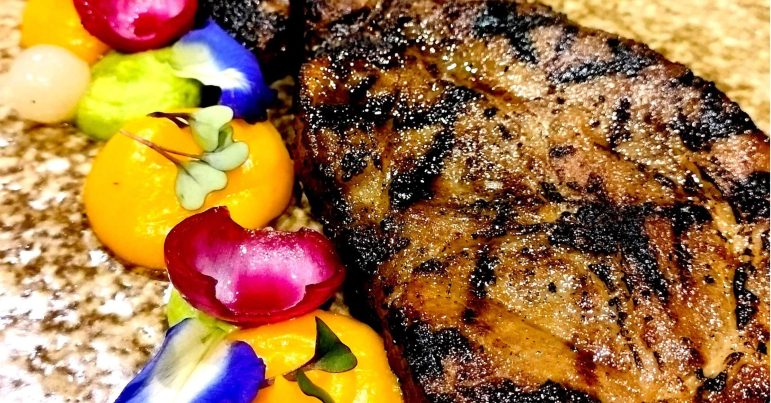 Waiting hours for a pork chop at Bell + Amadeus

I waited for more than 3 hours for my order of herbed pork chop at Bell + Amadeus. By the time it was served, I…