Cebu City Mayor Michael Rama walked 3 kilometers yesterday along with Vice Mayor Edgardo Labella and other City Hall and traffic officials to inspect S. Osmeña Blvd. yesterday. Rama described the road as a “disaster area” and said government response should be similar to that to a crisis.

The City will close part of the road today and motorists have been told to avoid the place.

Meanwhile, Cebu Governor Hilario Davide III said Bantayan and Camotes Islands will soon have their own airports. He said the Civil Aviation Authority of the Philippines have already inspected the 2 towns for possible locations of the facilities.

Describing the situation in the area as a “crisis,” Cebu City Mayor Michael Rama yesterday asked the Department of Public Works and Highways (DPWH) 7 to fast-track work on the road concreting of S. Osmeñea Blvd.

Rama described the place as a “disaster area” that is prone to accidents due to the craters on the road caused by the road concreting works.

“There has to be an intervention done in that area. It has to be approached as if it is in crisis.” — Cebu City Mayor Michael Rama

Rama, Vice Mayor Edgardo Labella and other officials from the Cebu City Hall as well as the City Traffic Operations Management walked the area yesterday to check on its condition as well as the traffic situation.

Rama and the City officials also decided to close part of the boulevard today to prevent motorists from passing areas with the big crates. Traffic enforcers will close the northbound lanes of part of S. Osmeña St. beside Radisson Blu Hotel and the SM parking lot today. The southbound lane will be open to 2-way traffic.

The road closure is also meant to facilitate covering of the craters with asphalt and paving of the road.

Bantayan, Camotes to have own airports

The islands of Bantayan and Camotes will soon have their own airports, said Cebu Governor Hilario Davide III.

Davide said the Civil Aviation Authority of the Philippines (CAAP) sent teams to the islands on Thursday to inspect possible locations for the new airports. He said he already talked to Mactan Cebu International Airport Authority (MCIAA) General Manager Nigel Paul Villarete about the project.

The governor said he and Villarete will wait for the final report from CAAP to complete the plan of building the 2 new airports.

“There are specific provisions in the concession agreement that do not allow us to operate airports that are competing with Mactan in the next 25 years, but it excludes Bantayan and Camotes. And that’s why we are looking at these with the Department of Tourism and MCIAA and CAAP who are very interested in upgrading the facilities of Bantayan and Camotes. You know the potential of these two islands.” — MCIAA General Manager Nigel Paul Villarete

Fire destroys P1 million worth of properties in Prince Hypermart in Daanbantayan, Cebu

Fire broke out at the Prince Hypermart in Daanbantayan, Cebu at 11:45 a.m. last Saturday. Daanbantayan Fire Station officer-in-charge Roger Loro told Sun.Star Cebu the blaze may have been started by a cigarette or spontaneous combustion by a pile of boxes due to the hot temperature.

Loro said they had to call for fire trucks from nearby towns because their own unit broke down since May. The firefighters arrived at 12:30 p.m. and put out the flames at 12:45 p.m. The fire destroyed grocery supplies inside the stockroom.

Cebu mayors say they facilitated release of P2B assistance, not a congressman

Northern Cebu mayors yesterday denied the report by the Department of Social Welfare and Development (DSWD) that a congressman facilitated the release of close to P2 billion for typhoon Yolanda survivors who lost their homes.

Sta. Fe Mayor Jose Esgana denied that the request of a congressman led to the allocation of the funds. He said he did not see any congressman in any of the meetings with the Office of the Presidential Assistant for Rehabilitation and Recovery (OPARR) headed then by Panfilo Lacson.

Bogo City Mayor Celestino Martinez Jr. said it is unfair for a politician to claim that he facilitated for the release of the Emergency Shelter Assistance (ESA) when the mayors were the ones who requested for it.

“We attended three to four seminars with OPARR, we submitted the list of survivors, and we set the amount. That’s why DSWD should also give credit to where credit is due.” — Bogo Mayor Junie Martinez

The Freeman: City Hall to meet with convenience store owners over violations to City Hall ordinance against selling of liquor within 100 meters from schools and hospitals 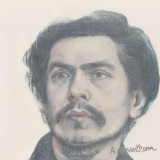