Radisson Blu Cebu turns one of its rooms pink and serves pink creations in its restaurant, lounge, and bar outlets in line with an October campaign to raise awareness for breast cancer and support for survivors.

For the whole month of October, Radisson Blu will host a Pink Room and carry pink-themed items across its food and drinks outlets. Proceeds from the sale of the room as well as food and beverages will be donated to the ICanServe Foundation, a breast cancer support network, said Radisson Blu Cebu director for sales and marketing Ann Olalo.

LOVE BLU, BE PINK. Radisson Blu Cebu officials led by general manager Laurent Boisdron (center) and members of the ICanServe Foundation, a breast cancer support network, during the launching of the ‘Love Blu, Be Pink’ campaign.

According to hotel’s general manager in Cebu, Laurent Boisdron, the “Love Blu, Be Pink” campaign is also implemented in other Radisson Blu properties across the globe.

“Radisson Blu Cebu is proud to support the efforts of this global campaign. Together with our guests, we are looking forward to raising awareness against the disease, he said during the launch last Thursday, September 22, of the campaign.

PINK ROOM. For the whole month of October, Radisson Blu will host a Pink Room. Proceeds from the sale of the room will be donated to the ICanServe Foundation.

Boisdron said a spacious business class accommodation has been transformed into the Pink Room, with pink pillows, towels, artwork courtesy of Qube Gallery, and amenities.

PINK THEME. In October, the hotel will carry pink-themed items across its food and drinks outlets. Proceeds will be donated to the ICanServe Foundation.

The Lobby Bar will include pink-hued blends in the drinks menu; a diverse selection that includes Rosehip and Hibiscus Iced Tea, Merry Pinky, Pink Mojito, and Candy Cosmo for P300 net per glass.

Feria will convert its dessert station into a pink corner overflowing with decadent sweets, from the pink fondue, macarons, and strawberry opera cake to the royaltine dome and champagne mousse.

PINK ROOM. Me’Anne Alcordo Solomon of ICanServe Foundation and Radisson Blu Cebu general manager Laurent Boisdron inside the Pink Room in the hotel. Proceeds from the sale of the room will be donated to the foundation.

Me’Anne Alcordo Solomon of ICanServe said they were grateful to Radisson Blu Cebu for the support. She and other foundation members were present during the launch, resplendent in their pink outfits.

She added that they had been working to get the hotel as a partner in their breast cancer awareness efforts, citing that they helped turn Radisson Blu’s business accommodation into the Pink Room.

Interested in contributing to the “Love Blu, Be Pink” and breast cancer awareness campaigns? Call 402-9900 or email [email protected] to book the Pink Room or inquire about other hotel offerings.

Radisson Blu is a leading global brand with nearly 300 hotels in operation in 69 countries and territories. 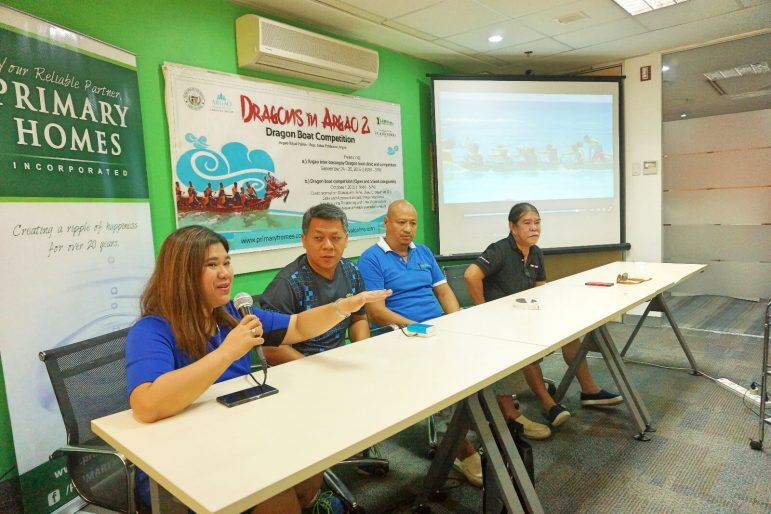 An inter-barangay dragon boat clinic and competition organized by PrimaryHomes, Inc. and Argao Royal Palms Serviced Villas in collaboration with the municipality of Argao will…

To cater to a growing segment of buyers, property giant Megaworld rolled out its ready-for-occupancy (RFO) inventory at 8 Newtown Boulevard in The Mactan Newtown…