Leading Philippine telco and digital services provider PLDT and mobile leader Smart Communications together with broadcast station TV5 will bring the much anticipated Miss Universe 2016 closer to Filipinos everywhere through the country’s most extensive and robust fixed line and wireless networks.

In partnership with the Miss Universe Organization and official Philippine broadcast partner of Miss Universe 2016 Solar Entertainment, the PLDT Group will enable the best viewing experience of the pageant in the Philippines through its various terrestrial and digital channels, across multiple screens at home and on-the-go.

“With the Miss Universe crown currently in our homeland, the enthusiasm for and connection of Filipinos to the global pageant is now stronger than ever,” PLDT Chairman Manny V. Pangilinan said. “With the combined reach of PLDT, Smart and TV5, we are providing our countrymen more ways to enjoy the pageant. We are giving them exclusive access to behind-the-scenes and key events such as the very popular swimsuit and long gown competitions, and of course, real-time viewing of the much-awaited coronation night.”

“With our robust network capabilities and the largest consumer base of over 75 million Filipinos, millions of fans can watch the pageant events via multiple platforms, whether on TV, laptop or mobile—whenever they want, wherever they want. For years, we have been revolutionizing the way entertainment is consumed in the nation, offering our subscribers an extensive entertainment portfolio featuring top digital entertainment partners. Miss Universe is one platform we would not miss out on,” Pangilinan said.

PLDT and Smart will provide fixed broadband and mobile connectivity to power the Miss Universe pageant throughout their stay in the Philippines. With the country’s widest Fibr broadband network which delivers symmetrical speeds of up to 1Gbps and Smart’s superior mobile LTE network, consumers can be assured of the best real-time Miss Universe experience.

“The Internet and social media will undoubtedly play a substantial role in Miss Universe in the Philippines,” PLDT and Smart Chief Revenue Officer Eric Alberto said. “We are ready to contribute our topnotch products and services to make it a more engaging experience for everyone. Miss Universe 2016 will be using PLDT and Smart’s services throughout their entire journey, while fans will be able to immerse themselves in not only the coronation night, but also on all the exciting events leading up to it. True to our promise of bringing the ultimate Miss Universe experience, our subscribers will get a chance to witness the coronation night live via free ticket promos.”

On top of the complete broadcast coverage of the coronation night, TV5 will give viewers access to the preliminary show, specifically the swimsuit and long gown rounds. “Filipinos can look forward to watching their favorite contestants compete even before the grand finale, which is something only TV5 can offer,” TV5 President and CEO Chot Reyes said. “We aim to bring the pageant to life by bringing it closer to the hearts and enthusiasm of every Filipino.”

TV5 signed with Solar for the partnership which encompasses on-air, on-ground, and PR values—the blocktime airing of the Coronation Night on January 30, the exclusive airing of the long gown and swimsuit preliminary competitions on January 28 and 29 which will also be available online on the same day, powered by PLDT and Smart.

Solar Entertainment takes pride in collaborating with TV5, PLDT, and Smart in the hope of delivering the optimum broadcast quality coverage of this momentous event, showcasing the wonders and beauty of the Philippines, and giving our fellow Filipinos the ultimate Miss Universe experience, the press statement said.

“Bringing Miss Universe to the Philippines is one of the top events that we have ever invested in. It is an opportunity that we did not want to miss,” said Mr. Wilson Tieng, President and CEO of Solar Entertainment Corporation. “For Miss Universe, we have jam-packed activities that will be happening at the same time and we’re excited to share it with the viewers.” (Press Release) 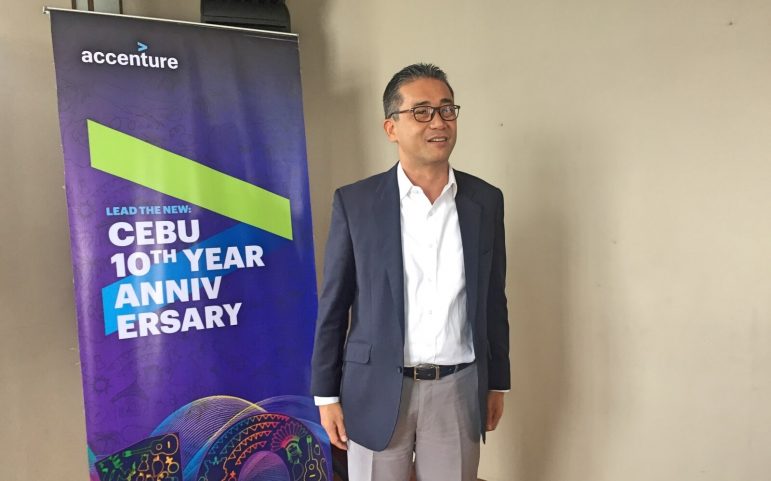 As Accenture celebrates its 10th anniversary in Cebu this 2017, the company said it is committed to continue growing the business here, especially in the…