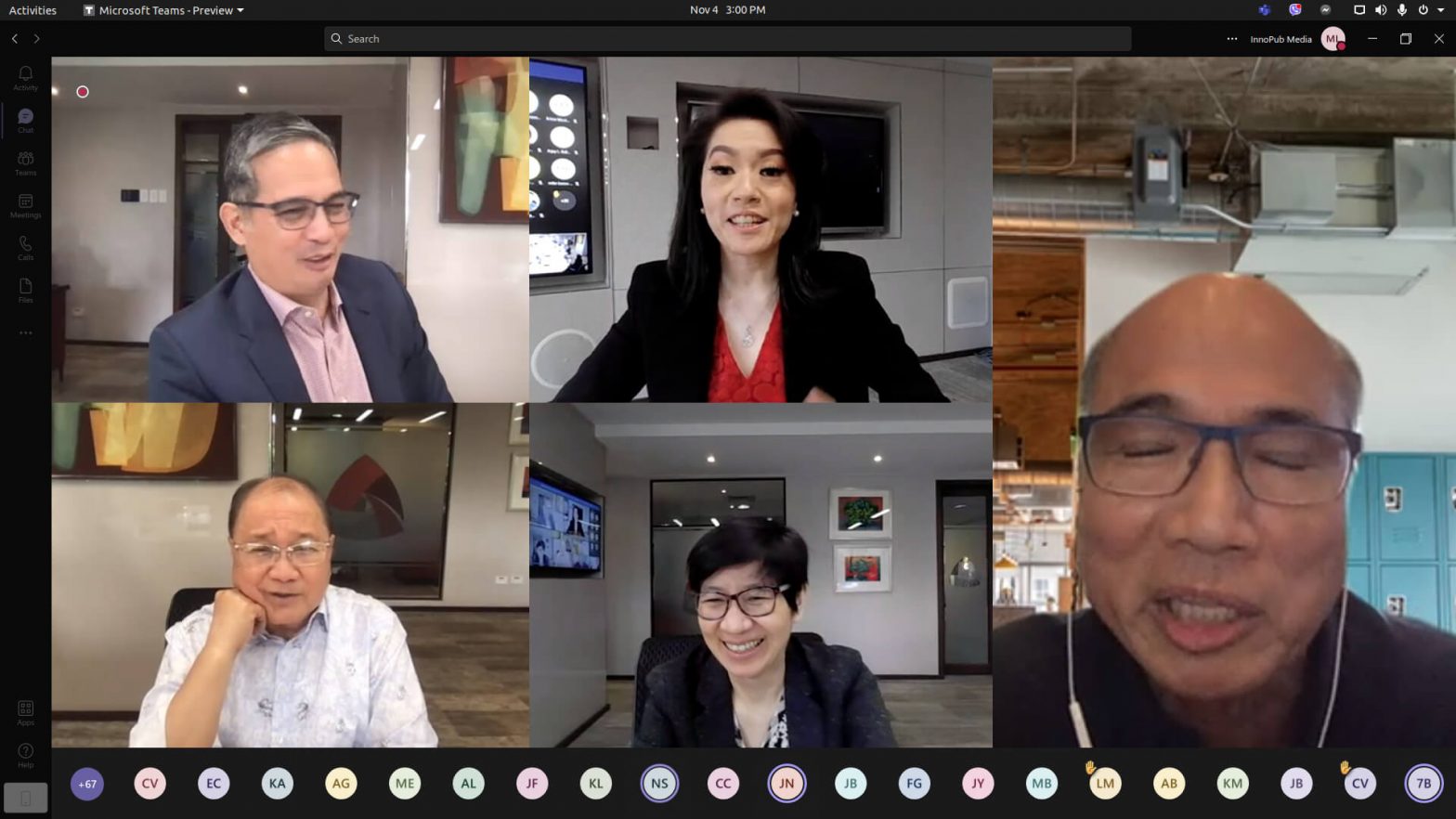 PLDT logged ₱46 billion in consolidated service revenues in the third quarter of 2021, an all-time high record. EBITDA for the quarter was at ₱24.5 billion, also a record high, company officials said in an online press briefing on Thursday, November 4.

Strong performances by Home and Enterprise underpinned the robust earnings by PLDT, which marked its fifth consecutive quarter of record growth.

The company’s reported net income, however, declined by 4% or ₱0.8 billion to ₱18.8 billion “after taking into account revaluation losses due to the peso’s depreciation this year vis-à-vis the peso appreciation last year.”

The net service revenue for the first nine months was P135.9 billion, 7% higher than the same period last year and an all-time high. EBITDA increased by 8%, or ₱5.1 billion, for the period to an all-time high of ₱71.1 billion.

The company reported record revenues for home at ₱12.6 billion in the third quarter. For the first nine months, Home revenues went up 25% to ₱35.3 billion.

Revenues for fiber alone, on the other hand, went up 78%. PLDT’s fiber-to-the-home business delivered record service revenues of ₱9 billion in the third quarter – up 83% or by ₱4.1 billion from the same period in 2020.

Panlilio said PLDT installed a record 114,000 fiber connections in September. He said the figure will likely be exceeded in October and they are on track to exceed this year’s target. PLDT said its total fiber capacity now stands at 5.29 million ports. The company listed 802,000 new fiber customers as of September 2021.

Mobile data revenues in the first nine months increased by 9% to ₱52.6 billion. The company said third quarter promos were behind an increase in usage.

“Total data traffic in the first nine months grew 16% year-on-year to 2,458 petabytes. In the third quarter, monthly average data usage per subscriber was 7.7 GB, up 8% versus the second quarter,” the company said in its release.

PLDT credited the GigaLife app for Smart’s sustained growth. The app simplifies for subscribers such tasks as checking balance and subscribing to promos and services. Its monthly active users went up 682% from last year to the current 6.25 million. GigaLife App has 10 million registered users.

In terms of total subscriber base, PLDT reported a 2% drop from 79.067 million in 2020 to 77.78 million by September 2021. The 22% increase in broadband subscribers was dragged by the 3% decrease in mobile subscribers.

Enterprise, on the other hand, recorded its highest ever quarterly revenues at ₱10.7 billion. For the first nine months, Enterprise revenues grew by 2% to ₱31.1 billion.

The company also said it will build the first hyperscaler data center in the country to serve the requirements of global tech giants. The center will break ground next year and will have “more power capacity than PLDT’s network of 10 globally-certified VITRO data centers combined.”

Surge in PayMaya use

The company also reported a surge in use of PayMaya during the pandemic, with 41 million registered users across its consumer platforms in September. It recorded an 80% growth in gross transaction value per user. The PayMaya app also has more than 1,500 billers and load items, which is more than any wallet, the company said.

“Through its strong affiliation with PLDT and Smart, Maya Bank will also promote a seamless digital banking experience among customers. Maya Bank will launch by the first quarter of 2022,” PLDT said in its release.

“Paymaya is more than just a wallet. We are beyond wallets, beyond payments. But we are also more than just a bank. We are both a wallet and a bank and what does that mean? For our customers if they want their cash balances to earn interests they can because we are also a bank. So that doesn’t leave your cash balances in your wallets idle,” said Voyager Innovations founder and CEO Orlando Vea.

“Versus both a bank and a  wallet, we have a richer source of data because we have both. We know more about the behavior of our customers than what just a wallet would know or just a bank would know,” Vea said.

PLDT and Smart had total capital expenditures of ₱63.3 billion for the first nine months. The capex is on track to meet its 2021 full-year guidance of at least ₱88 billion.

The company said network upgrades represent the bulk of capital expenditures. As of September 2021, PLDT’s fiber infrastructure now totals 615,000 kilometers, an increase of 17% from June and 43% from year end 2020. This network offers potential delivery of fixed broadband connectivity to 12.7 million homes passed, or more than half of the total Filipino households.

Smart’s 5G network, on the other hand, has expanded to 6,400 live 5G sites, surpassing the initial target of 3,800 5G base stations this year. Its LTE network also covers “96% of the population from Batanes to Tawi-Tawi.”

“We are cautiously optimistic that as the economy reopens, we are best-positioned to serve our customers through the new normal, as evidenced by our strong results for the first nine months of 2021. While all business units continue to show solid performance, this is more apparent in the Home business, where we pushed record installations in recognition of the connectivity needs of our customers,” said Panlilio.

When asked about the prospects ahead, PLDT Chairman Manny V. Pangilinan said that “in the coming two to three years, Home will figure as a major revenue and growth driver. The other growth driver is Enterprise.”

“At the center of it all is the customer experience. In the old days, the value of companies was defined mainly by traditional metrics. Nowadays, companies are measured on two additional metrics which define their market value: Sustainability and Digitalization. These are no longer options but imperatives,” Pangilinan added. PLDT and Smart Communications, Inc., together with PLDT and Smart Foundation (PSF), continue to uphold the value of “malasakit” in this time of pandemic as… 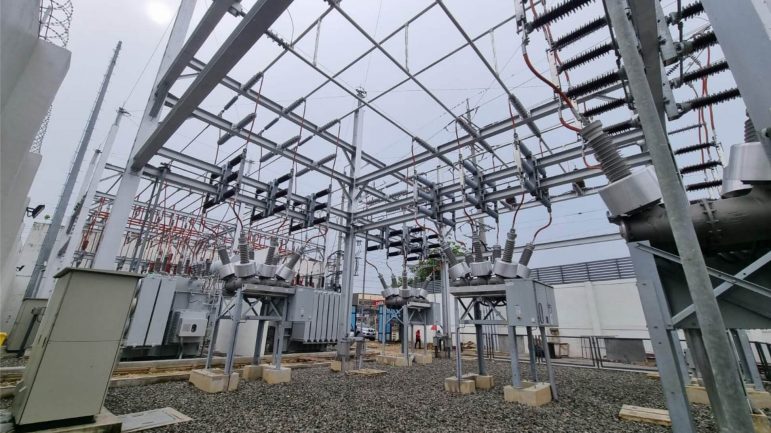 A year delayed due to the pandemic, Visayan Electric Company, Inc. (Visayan Electric) finally energized this quarter the first fully digital substation within its franchise…