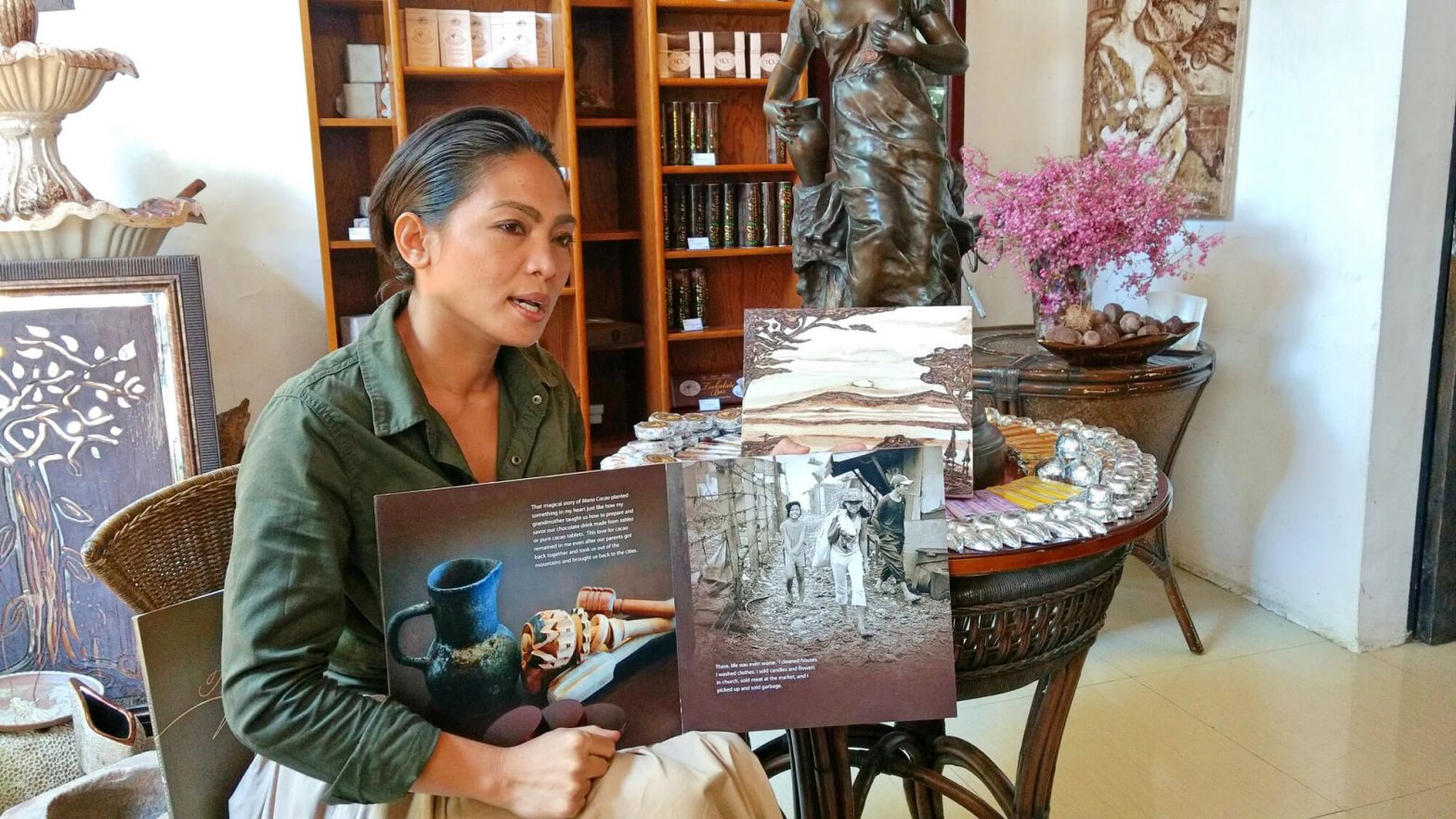 She didn’t know it then but Raquel Choa spent her childhood days in a place that shaped what she would become: Philippine chocolate queen and the amazing woman behind Ralfe Gourmet, The Chocolate Chamber (TCC), and just recently, Batirol.

At a young age of seven, Choa went to live with her grandmas in a secluded mountain in Cebu when her parents separated.

It was in that remote community in Balamban in the early 1980s that she first encountered tablea, the bitter chocolate rounds that were popular with the villagers. 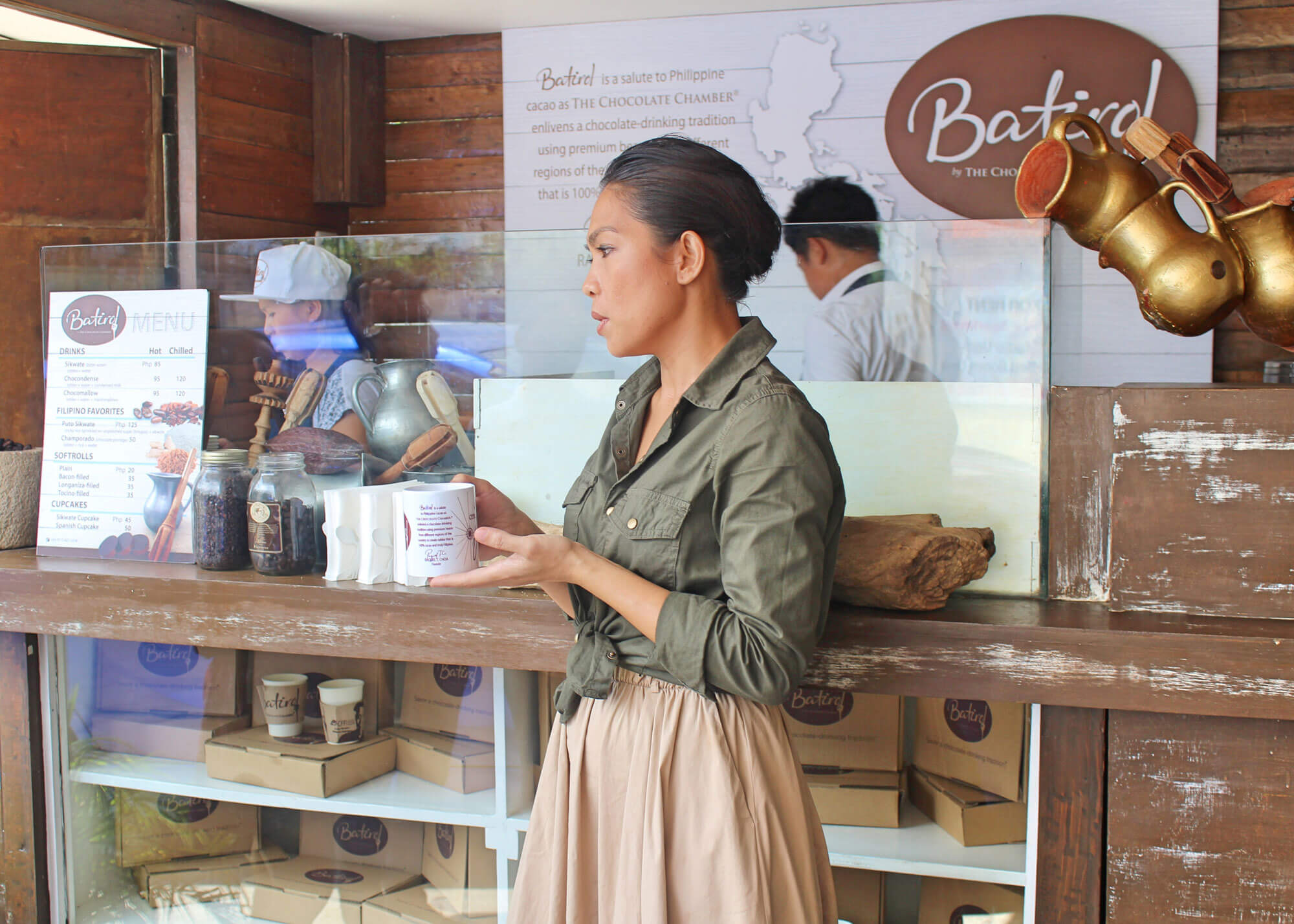 BATIROL. The kiosk store concept is named after the wooden beater used to mix the tablea to make the sikwate. This is the latest project of Raquel Choa, who is dubbed the Philippine chocolate queen.

Today, Choa is recognized for her work to elevate the quality of the products made from local cacao beans, starting with the chocolate buffets she organizes at her home in Cebu City and through her artisan chocolates and chocolate-flavored food and drinks that are available at The Chocolate Chamber restaurant.

The next step in her chocolate journey will be to make mainstream and add a new spin to tablea-based local delicacies such as “sikwate” and “champorado” through the Batirol.

Choa said the Batirol is a kiosk store concept created for franchising and it is a part of the business that her children will manage.

It is aptly named after the wooden beater used to mix the tablea to make the sikwate and was a fixture in households of old Cebu, said Choa’s right hand man Edu Patino. 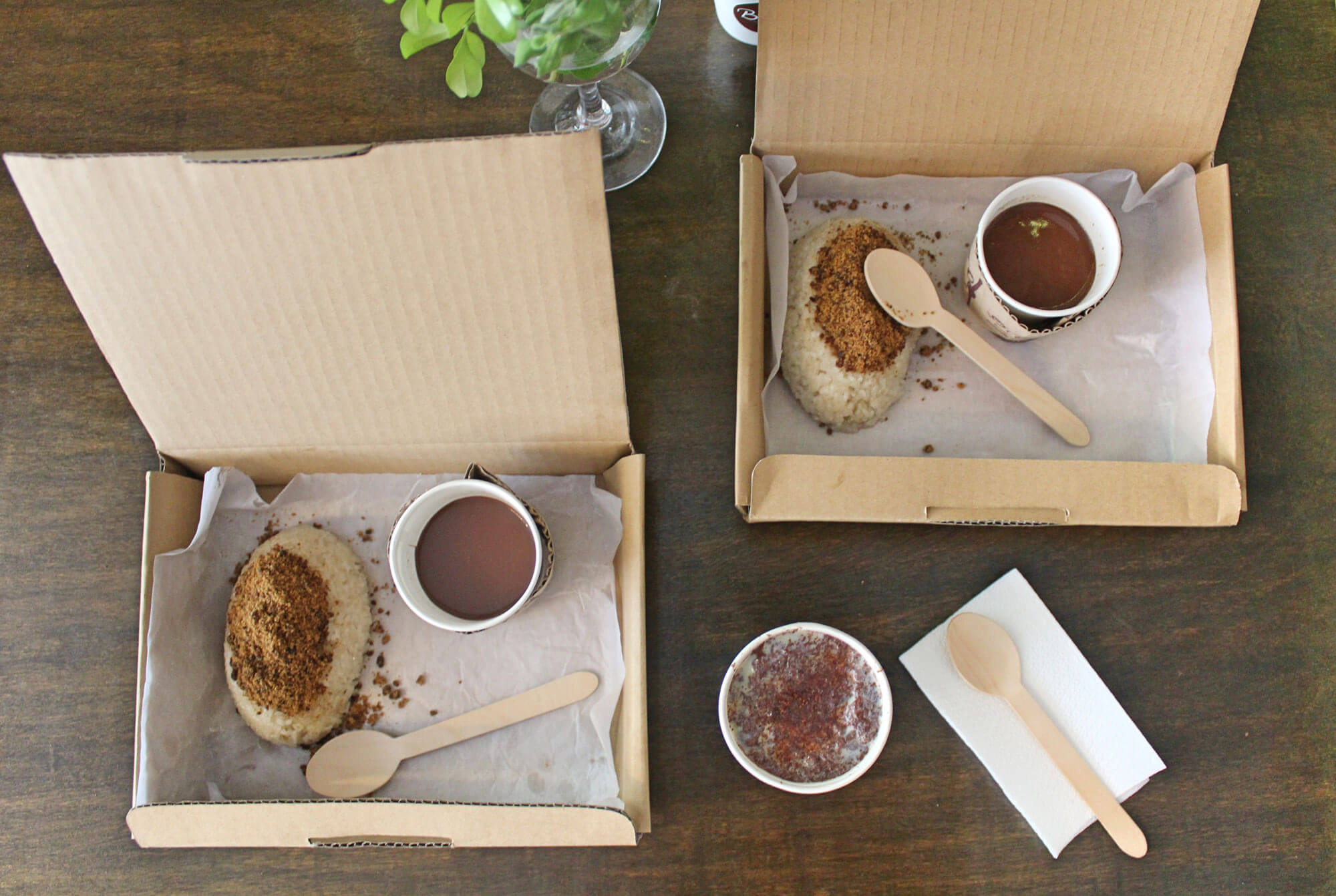 PUTO-SIKWATE, CHAMPORADO. The puto sikwate and champorado used to be mainstays of the Cebuano dining table. Raquel Choa aims to make these mainstream again.

Batirol menu includes local favorites like sikwate, a drink made from tablea dissolved in water, and Chocondense, which is sikwate sweetened with condensed milk. Chocomallow is a chocolate drink topped with mallows.

This new twist to Ralfe Gourmet, Inc. intends to draw in the millennial crowd so drinks come hot or chilled. Since Batirol also seeks to reintroduce the wonders of tablea to young Filipinos, it makes available such delicacies as puto sikwate or sticky rice sprinkled with unpolished sugar and paired with sikwate and champorado or chocolate porridge. 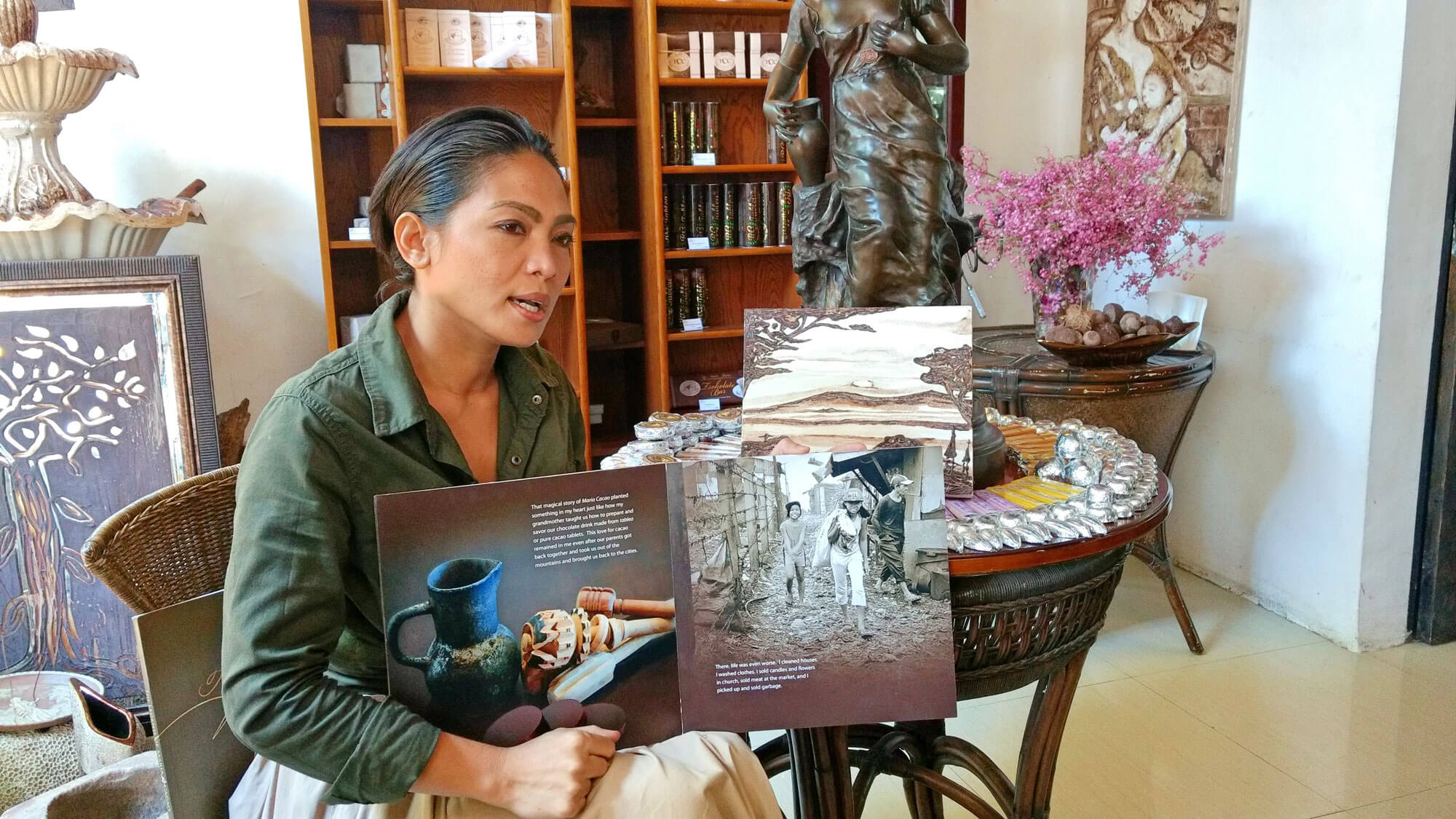 The 41-year-old Choa also adds to the Batirol menu her soft rolls flavored with chocolate and baked with fillings like bacon and such Filipino favorites as longanisa and tocino.

In addition, she will also introduce one other use of a cacao-based product and that is using chocolate lava for painting, which will be one of the activities offered through Batirol. 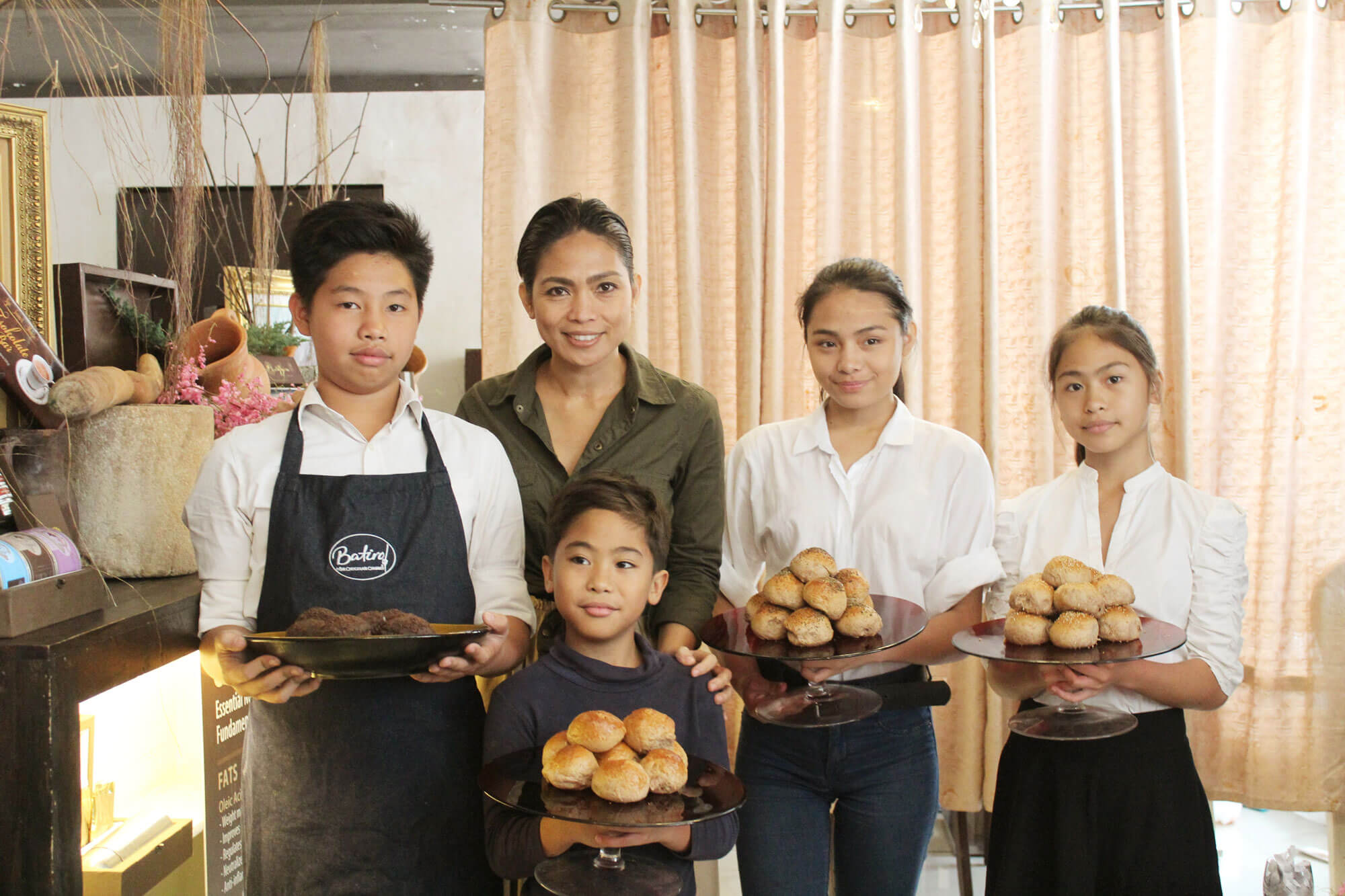 SOFT ROLLS. Raquel Choa and her children with soft rolls flavored with chocolate and baked with fillings like bacon and such Filipino favorites as longanisa and tocino.

The journey from her early years to founder of Ralfe Gourmet, Inc. took a circuitous route but Choa said the bedtime stories of her grandma, Nanay Nila, sustained her all through those years of hardship.

“Oh, she was a great storyteller. I grew up with her bedtime stories. One in particular was about Maria Cacao. She was the queen of the cacao forest and she travels through the river to the open sea on a ship that turns to gold when she docks. That magical story of Maria Cacao warmed my heart and my love for the chocolate drink made with tablea, sikwate as we call it, remained even when my parents got back together and brought me back to the city after six years,” she said during a small gathering in May. 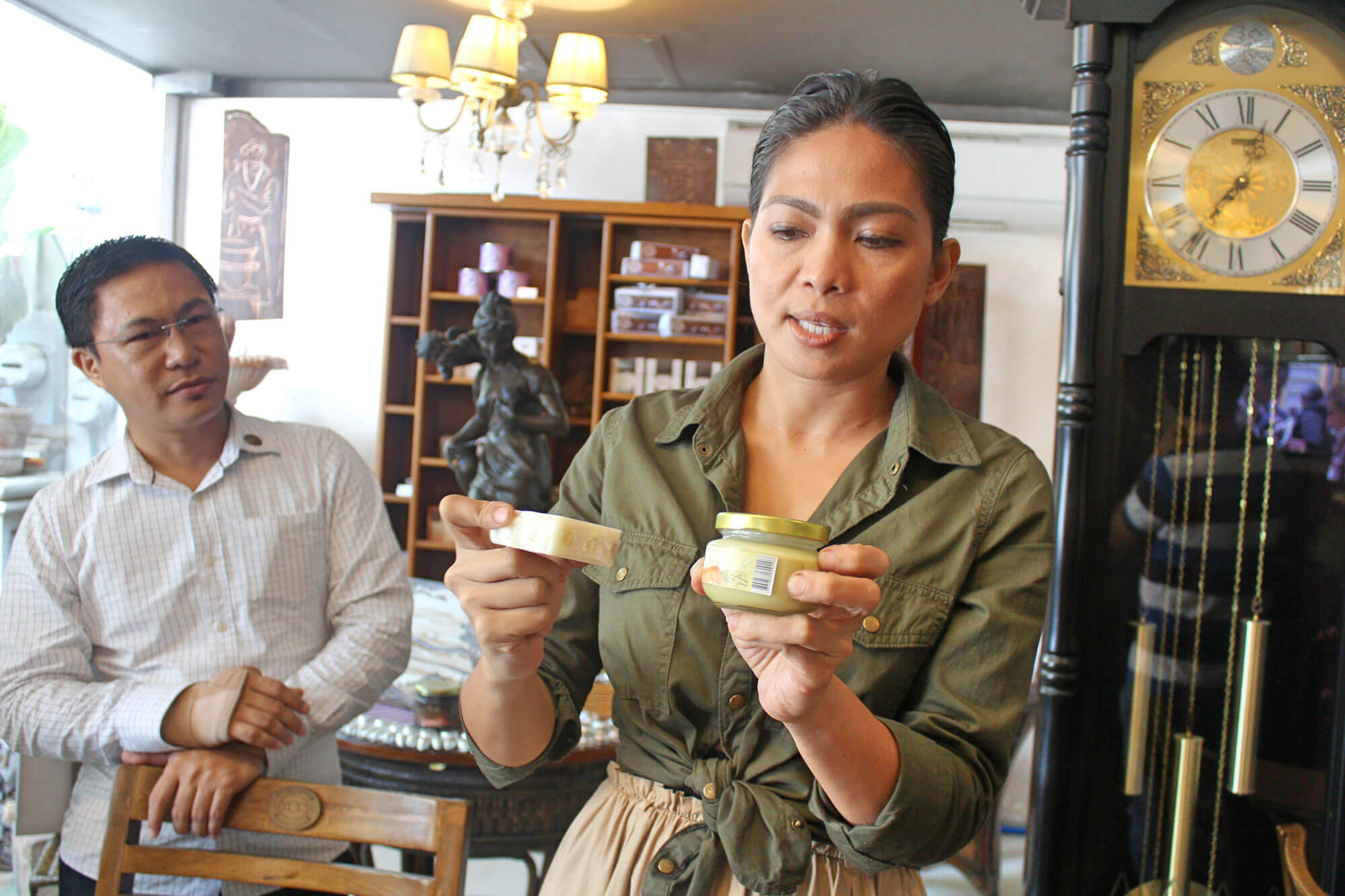 During a trip she made to New York late in 2016, Choa said she met a lot of chocolate makers as well as boutique and shop owners.

“I realized that what makes us unique is we have a story to tell. Our chocolate has life, soul, and spirit and it comes from our ancestors,” she said. 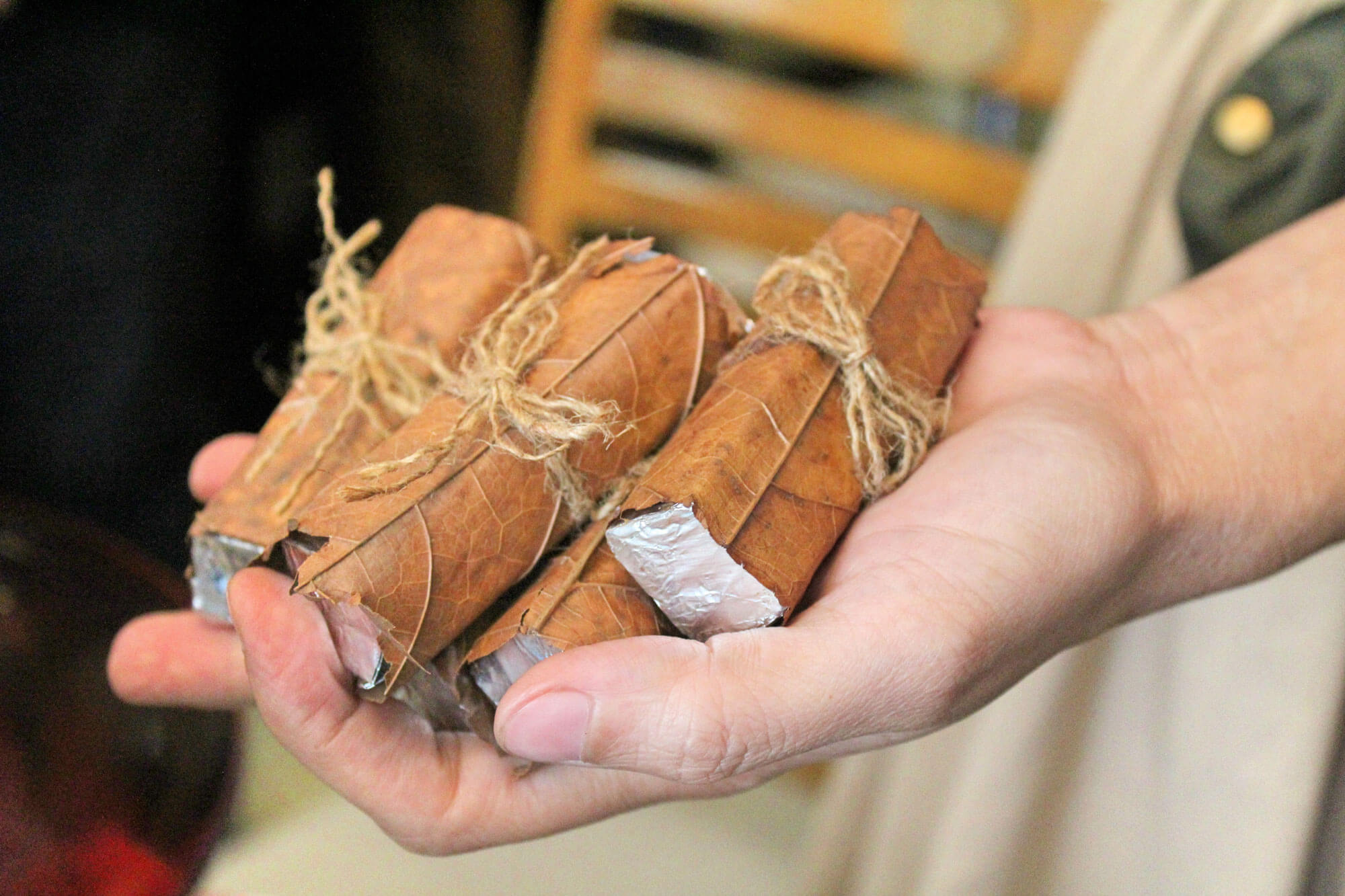 Woven into these events is her chocolate story and the circumstances that led to her passion for creating products out of cacao. These are not limited to artisan chocolates or even chocolate-flavored food and drinks but include beauty products as well.

“The mountain where I came from, it was beautiful. The river was clear, it had a lot of rocks. I remember swimming there. In that mountain, there were a lot of treasures,” she added, recalling how they would collect banana leaves to sell for one peso a sack and coconut shells to turn into charcoal just to be able to buy kerosene for the house lamps. RICE CRISPIES and peanuts make for a tasty chocolate snack.

The mountain lass left Balamban but she would return decades later, grown up and married with eight children, to her grandma, Nanay Nila, and her other grandmothers, Nila’s sisters, to remember her childhood and learn more about the tablea that had featured prominently in her younger years.

“I got married when I was 16. I became a housewife. I stayed home and raised my children. I brought them to picnics in Ayala and I painted. I’m an artist by heart. I became an interior designer. Then our house in Cebu City was burned down in a fire. We had to stay in Lutopan for two years while we recovered. My kids had to transfer to La Salle,” she said.

It was there that she developed a friendship with the mother of her daughter’s classmate who was from Argentina. CHOCOLATE PAINTING. Raquel Choa shows a painting done by a friend and using chocolate lava, one of her latest products.

Choa introduced the tablea to her Argentinian friend who had reservations about it at first because it looked dirty. She recalled how they decided to produce quality tablea and make a business of exporting it but it never took off because her friend had to return for good to Argentina.

“She left me with 300 kilos of tablea. I said to myself, ‘I’m a fighter’. I’ve been through so many challenges in my life. I can’t afford not to tell the whole world that we Filipinos know how to make chocolate in our own way,” she added.

She vowed that once her house in Cebu City was finished, she would focus on making chocolate as her artist’s canvas. About five years ago, she organized the first chocolate buffet at Casa de Cacao and that had been the beginning of her chocolate journey. PAINTINGS. Raquel Choa and her kids with their paintings that use chocolate lava. 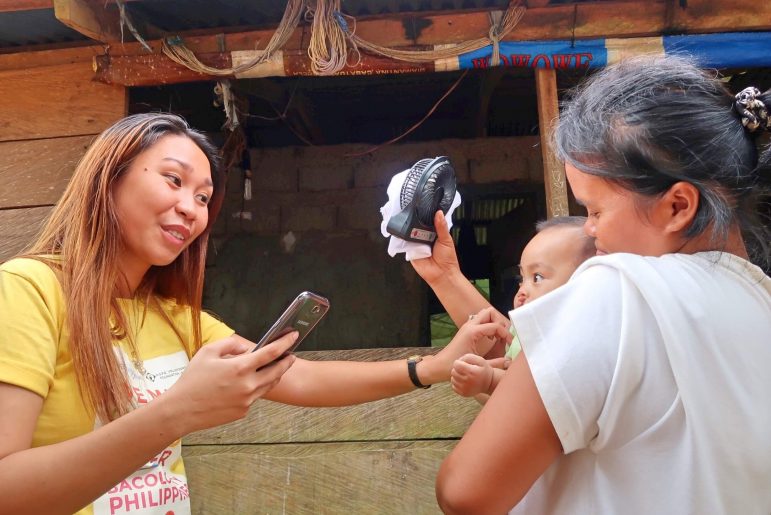 Finding cleft patients has always been one of the biggest challenges for Operation Smile. Most of them are either located in impoverished, remote areas, or…