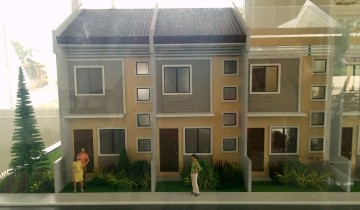 In line with its real estate development thrust in 2015, the Cebu People’s Multi-Purpose Cooperative (CPMPC) is focusing its efforts on the Blessed Sacrament Subdivision in Lapu-Lapu City and other property projects in Cebu.

Units at Blessed Sacrament Subdivision come with a single bathroom but homeowners have the option of adding one more, he added, citing that solar panels are another property add-on.

The solar panels, according to him, are capable of generating power of up to a maximum of one kilowatt.

Since the house comes with very basic power generation equipment, owners can opt to add solar panels or even invest in a battery so they can use the electricity at night, Azares pointed out.

“We are currently negotiating an agreement with MECO (Mactan Electric Co.) for a net metering system,” he stressed, explaining this is when the excess power generated by the solar panels goes to the MECO grid and gets deducted from the homeowner’s electric bill.

The whole Blessed Sacrament Subdivision measures 1.57 hectares and will be composed of 158 townhouses and 51 rowhouses as its socialized housing component. All the rowhouses and 20 percent of the townhouses had been sold off, according to Azares.

Another view of the scale model.

“The Blessed Sacrament Subdivision has the components of a very good project in terms of location and pricing, which is very competitive,” he said, noting that it is just a few minutes away from Mactan Doctors’ Hospital and the Mactan-Mandaue Bridge.

Another advantage the subdivision has over similar economic housing developments is the easy payment terms offered through in-house financing. The CPMPC only asks for 10 percent downpayment spread out up to a maximum of 36 months, Azares cited, adding buyers may also avail of a unit through bank or Pag-ibig financing.

UNDER CONSTRUCTION. The model unit being built at the Blessed Sacrament Subdivision.

The coop has started planning a 3-hectare socialized housing project in the Cebu town of Dumanjug, where the intended buyers are mostly schoolteachers. Other projects in the pipeline for CPMPC include a mid-end subdivision development in Basak Sudtunggan, Lapu-Lapu City and a memorial park in Minglanilla, Cebu.

LOCATION. The Blessed Sacrament Subdivision is located in Basak Kagudoy, near the Indiana Aerospace University campus.

ANOTHER view of the model unit being built.

ON THE RISE. At the far end of this photo are Blessed Sacrament Subdivision houses under construction.

It was one bad news after another in Cebu yesterday: 93 families left homeless after a fire hit Basak San-Nicolas and at a time when…