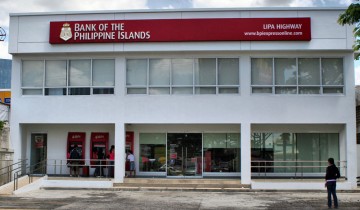 The Bureau of Customs in Cebu will auction more than 300 container vans of smuggled rice and various goods primarily to decongest the Cebu International Port (CIP).

Mayor Rama allowed the Penitential Bike Ride on Holy Thursday and Good Friday, even after he was upset over last Saturday’s Earth Hour night ride, where, he observed, many riders going out of the designated lane and not wearing proper protection gear.

Penitential Bike Ride organizers agreed to the safety conditions set by the mayor. The bike ride will feature riders going to different churches in the city.

Joel Lee of the Tindak Sugbo Bike Coalition said they “excitedly look forward to the time when the designated Shared Bike Lanes can provide them additional safety on the road,” referring to the Tindak Sugbo bike lane ordinance approved by the Cebu City Council last October

Rama still has to convene a bike board to assign 1.5-meter priority shared lanes in Cebu City that can be used by bicycle riders.

Meanwhile, a church representative is reminding the people not to go overboard in their practice of penitential traditions like by crucifying or scourging, saying that the church has been clear on imposing on three acts considered as penitential practices: alms giving, prayer and fasting.

“There are extreme penitential activities nga gibuhat sa mga tawo. There are times nga masobraan na. That is why the church is gently reminding the people not to do more than what they can do.” – Rev. Fr. Ric Anthony Reyes, OSA, Province of Santo Niño de Cebu, Philippines Order of St. Augustine provincial secretary

The government has declared Maundy Thursday and Good Friday (April 3) as non-working holidays.

With this, Cebu Bankers Club President Gino Gonzalez said banks will be closed starting on Maundy Thursday (April 2) until Easter Sunday (April 5). Banks are open only until today and banking operations will resume on Monday.

“If you plan to take a vacation outside the city, you make your withdrawals now and tomorrow, although the ATMs (automated teller machines) are available 24/7.” –Cebu Bankers Club President Gino Gonzalez

Heavy withdrawals usually happen before the start of the Lenten holiday. There will be enough cash in ATMs, he assured.

Newly installed district collector Arnulfo Marcos said that by auctioning more than 300 containers of smuggled rice and more than a thousand of various goods long abandoned by their consignees at the CIP, the Bureau of Customs is decongesting the port and generating revenues for the government.

The rice shipment was apprehended in 2013.

Marcos was the former district collector of Subic Port.

He, as the new collector in Cebu, asked the support of the members of the Chamber of Customs Brokers Inc.-Cebu Chapter during its induction of officers and board of directors the other night.

After a warrant of seizure and detention was issued yesterday against 56 container vans allegedly containing white sugar from Thailand, he hinted that government officials were involved in the sugar smuggling.

Cebu Pacific is opening additional round-trip flights this April 3, Good Friday, from Cebu to three destinations. These are Caticlan, Puerto Princesa, and Siargao, according…