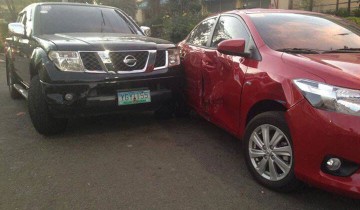 A young participant of the Central Visayas Regional Athletics Association (Cviraa) tournament in Balamban, meanwhile, has accused a coach of molesting him Thursday night in the middle of a regional sports meet.

Due to cheaper raw materials and not necessarily due to the current cheap oil prices, prices of milk have started to drop.

Accused of being a mistress, lawyer calls on Ronda VM to speak up

Lawyer Jiecel Tiu, who earlier filed a complaint for frustrated murder against Pearl Ungab, presented supplemental affidavit, medical certificate, affidavit of arrest, and pictures of the Toyota Vios owned by Tiu that was allegedly smashed by Ungab to prosecutor Liceria Rabillas

She also urged Ronda Vice Mayor Jonah John Ungab to speak up about the real score between them to put an end to the issue.

“If you still consider me as a friend, please make a public statement. Just this once, I would like to set matters straight, dili ko kabit (I am not a mistress).” — lawyer Jiecel Tiu

Today, the Office of the Cebu City Prosecutor will file a criminal case in court against Pearl for allegedly attacking Tiu with a baseball bat last Feb. 26.

Ben (not his real name), 11, from Talisay City told the police that a coach had touched his privates and that he received P100 from him with the instruction not to tell anyone what happened.

But Ben told his other teachers that the coach abused him. The incident was reported to the Asturias Police Station’s Women and Children’s Protection Desk last Saturday.

The coach, who is also a high school teacher, will be charged with violating Republic Act 7610, or the Special Protection of Children against Abuse, Exploitation and Discrimination Act.

Decline in milk prices, no change in costs of other basic goods

Amidst drop of prices of raw materials and the plunging oil prices, prices of milk have started to go down. However, the market rates for basic commodities have remained unchanged.

According to the Department of Trade and Industry, the price of a 150g Bear Brand powdered milk, for instance, has decreased by 1.96% from P51 to P50 effective early last month while a 150g Birch Tree full cream milk powder will go down 1.72% from P58.10 to P57.10 starting March 15. Price of imported skimmed milk, which accounts at least 50% of price components of powdered, condensed and evaporated milk has also dropped.

The trade department hopes that manufacturers would now think of slashing prices of other basic commodities, such as coffee, noodles and canned sardines.

Sun.Star Cebu: ‘Too much’ spent on Teachers’ Day, says auditor

The Freeman: CBM 2015 focuses on bracing entrepreneurs for globalization

The Freeman: Cebu hotels performance at all-time-high in 2014

Around P1.3 million worth of illegal substance was confiscated from a mother of three, an alleged big-time drug pusher, at Sitio Buli, Barangay Duljo-Fatima, Cebu…