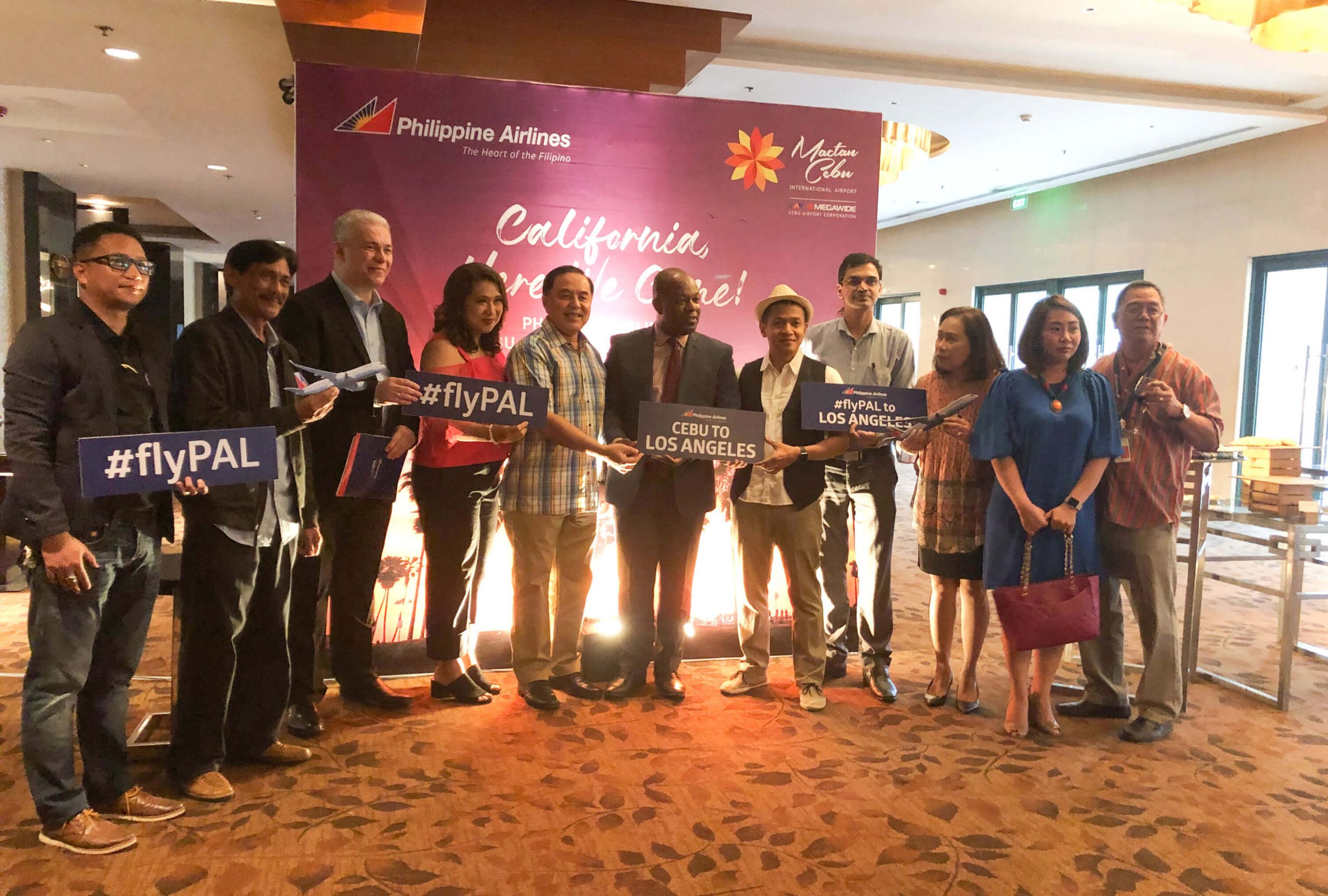 National flag carrier Philippine Airlines (PAL) will resume its Cebu-Los Angeles nonstop flights beginning May 2, 2020, expressing confidence in the success of the route with Cebu’s world-class airport and a new aircraft suitable for the long-haul trip.

Harry Inoferio, PAL Senior Assistant Vice President for Sales, also cited the strengthened Cebu hub as among the factors that prompted the decision to reopen the route.

“The Cebu hub was not quite there a few years ago,” he pointed out, adding that the numerous domestic connections from Cebu make it easy for international guests to travel to the rest of the country and at the same time offer a more convenient and affordable travel to the US for the rest of the Visayas and Mindanao.

PAL’s thrice weekly Cebu-LA flights starting in May gives the Central Visayas region its first direct link to North America. At over 11,800 kilometers, it clocks in as the longest commercial airline route serving the Mactan-Cebu International Airport, according to a company statement released during the briefing.

Cebu-LA non-stop flights will depart from MCIA’s Terminal 2 every 9 pm on Tuesday, Thursday, and Saturday. Return flights leave LA every 11 pm on the same days and arrive two days later in Cebu at 5 am.

The airline had opened a similar route in 2016 but suspended it about a year later in 2017.

We now have the ingredients of a successful gateway operation centered on Cebu. We now have the airplane that can fly nonstop from the US, the PAL Cebu hub of connecting flights, and the convenience of Mactan-Cebu as the country’s most efficient transfer airport

The reopening of the route becomes even more crucial, as it gives people a reason to go traveling again especially at this time when they need all the encouragement they can get.

“We now have the ingredients of a successful gateway operation centered on Cebu. We now have the airplane that can fly nonstop from the US, the PAL Cebu hub of connecting flights, and the convenience of Mactan-Cebu as the country’s most efficient transfer airport,” he pointed out.

Good news that the country needs

“We need to take decisive action if we want to stop people out of their malaise. We need to give the public more and more reasons to fly,” he cited.

Passenger traffic at MCIA had dropped by an average of 2,000 daily when coronavirus infections began spreading out of China to other countries, according to GMR Megawide Cebu Airport Corp. Chief Executive Advisor Andrew Acquaah-Harrison. He believed though that the situation will be resolved soon and tourism stakeholders need to be prepared for the expected rush that will happen when people travel again.

Bantayan is under the patronage of St. Peter; how did St. Paul get into the picture?

Upon its turnover to secular priests at the dawn of the 17th century and for 400 years, the Bantayan parish was under the patronage of…

With such chocolate flavors as barako coffee, banana cue, and salabat, Manila Chocolatier has managed to create a world class product that pays homage to…