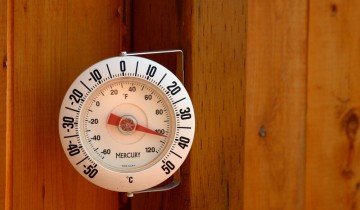 A Cebu City barangay official, meanwhile, says there was nothing wrong in his use of a government car for a family outing at a beach.

In Cebu City Hall, a councilor suggests some festivals that the barangays can hold to attract tourists in the months following the Sinulog celebration.

Are you thinking of buying a condo unit?

‘Protect self from heat’

Al Quiblat, chief meteorologist of PAGASA Mactan, said the public should watch out and prepare themselves for the hotter days ahead due to the progressing El Niño.

He pointed out that the minimum temperature that can trigger heat stroke is 32 degrees Celsius. He cautioned the public against long direct sun exposure and advised them to regularly drink water.

Yesterday, the Cebu City Medical Center (CCMC) is not discounting the possibility of heat stroke as the cause of death of a 10-year-old female street child who was found unresponsive and bleeding from the mouth along Mango Avenue, Cebu City.

CCMC said they have yet to check the underlying cause of the child’s death, including her medical history.

Barangay Carreta chairman Eduardo Lauron said there was nothing wrong in his using a government car for a family outing in Marigondon, Lapu-Lapu City.

“It was my grandson’s birthday. Wala may bati siguro ana kay wala man na siya gigamit para sa sugal compared sa uban (Nothing’s wrong with that because it was not used in activities like gambling, like others).” — Barangay Carreta chairman Eduardo Lauron as quoted by Cebu Daily News.

“It is but proper for government officials and employees to keep in mind that government funds and properties are meant for official purpose only. If they violate this rule, they have to answer for it.” — Ombudsman Visayas spokesperson Maria Corazon Naraja

To sustain the number of tourists coming to Cebu for the Sinulog throughout the rest of the year, the City Government is thinking of holding more festivals. (Photo taken from Cebu City PIO Facebook page)

Cebu City Councilor Gerry Carillo said they are proposing a number of barangay festivals for the city government to hold in order to help sustain the number of local tourists right after Sinulog.

“These festivals are already existing. What we want is to enhance them and make it more attractive so we could continue to invite more tourists to visit Cebu. These year-round festivals will give Filipinos and even foreign tourists more reasons to come back to Cebu.” — Gerry Carillo, Cebu City councilor

Part of the plan is to transform barangay fiestas into festivals and encourage more barangays to participate for the whole year. Eight city festivals are being finalized:

Buwad Festival, which covers San Nicolas, Pahina, Sawang, Pasil, Suba and Calamba, this month until May 10 in San Nicolas

Summer Festival with activities like biking, flying kite, car racing and Sta. Cruzan in Labangon next month (Carillo said they are still seeking approval for its implementation.)

Tartanilla Kabayo Festival, with Mambaling and Dulho as the lead organizers, in June

Sundang/Bolo Festival in Basak and San Nicolas in July

Puso Festival in Inayawan this August

Mango Festival in Brgys. Subangdako, Kalunasan, and Guadalupe in September

“Festivals are an excellent marketing tool. One of the objectives here is to make people come back to Cebu right after Sinulog. Cebu isn’t just about Sinulog. We also celebrate other festivals, which we hope locals and foreign tourists would take a look at and experience.” — Manny Ongkiko, an event organizer

The Provincial Board (PB) approved a resolution that authorizes Cordova town to carry out a P138-billion reclamation project under a public-private partnership agreement. The Cebu…