OCEAN18 conference in Cebu to focus on how to protect, expand homegrown innovation

A conference that started after the World Economic Forum was held in the Philippines in 2014 will focus this year on homegrown innovation and “how to protect, grow, expand, and make sustainable our own industries.”

“We’re beginning to worry about our industries, like we consume a lot more shoes from outside the Philippines than shoes made here. We’re beginning to lose our furniture industry, we’re beginning to import more and more rice, we’re beginning to depend so much on imports and our exports are also declining so we wanna try to make sure that we can focus on that,” said Winston Damarillo, co-chair of OCEAN18 and founder and CEO of Amihan Global Strategies.

The Open Collaboration with East Asian Networks or OCEAN18 will be held in Cebu this November.

Organizers said that the conference seeks to “shape the future of the Philippines by bringing together indiepreneurs, sector industry champions, and policy makers to create a multi-sectoral strategy for economic growth.”

Damarillo said indiepreneurs or independent entrepreneurs are early-stage ventures “have the potential to scale up tremendously and shake up their sectors.”

Damarillo is a venture capitalist and founder of several successful startups.

Unlike in the previous two stagings in 2014 and 2016, however, this year’s OCEAN conference will have a series of masterclasses throughout the country starting in this Friday, July 27, at the Crimson Resort and Spa in Mactan, Cebu. 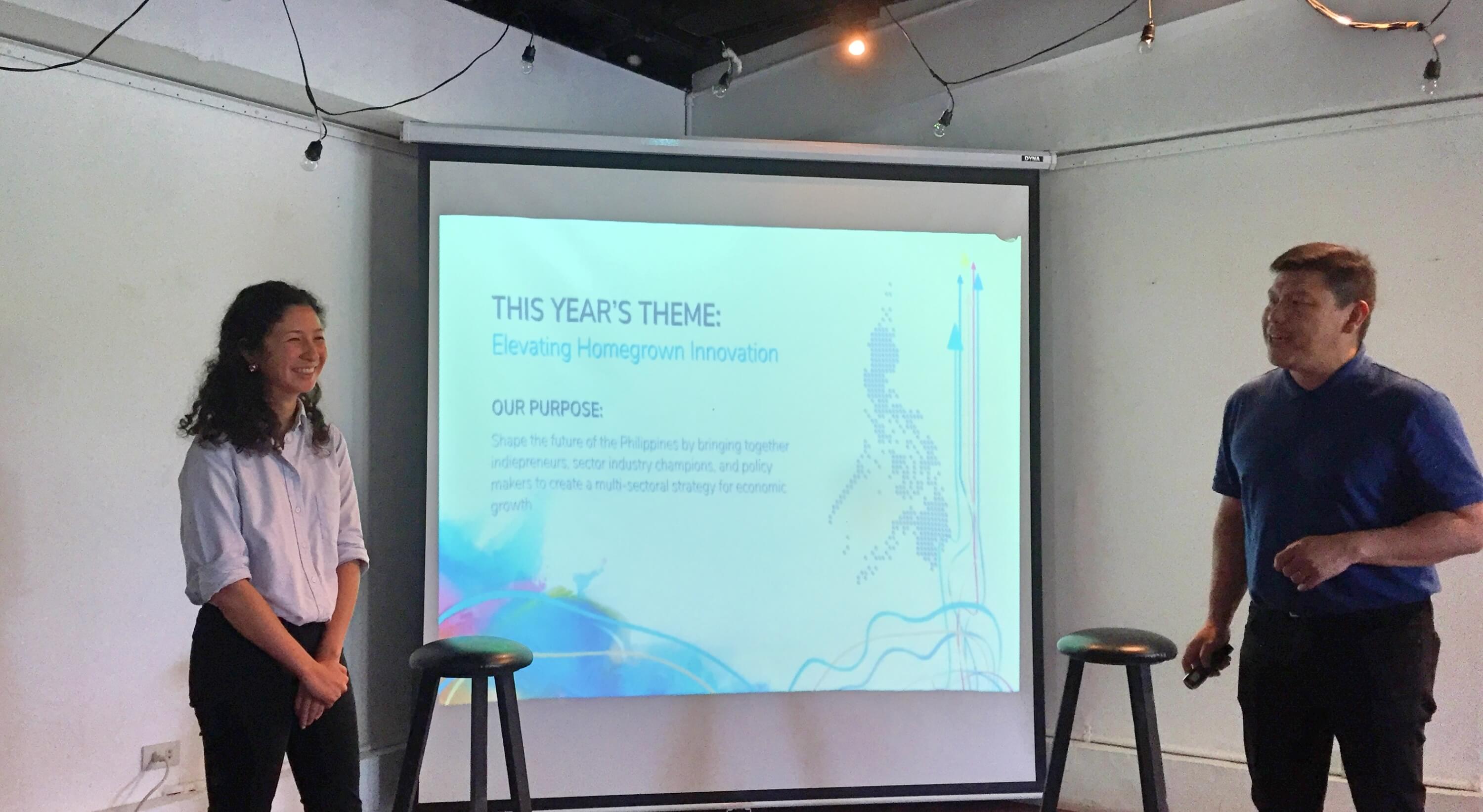 HOMEGROWN INNOVATION. Cecilia Martinez-Miranda and Winston Damarillo discuss the theme of the OCEAN18 conference in Cebu and masterclass roadshow.

This will then be followed by masterclasses in Iloilo, Davao, and Manila.

This Friday, Damarillo said indiepreneurs will learn about business basics that are “foundational” to enterprises.

This Friday’s masterclass in Cebu will have Damarillo, who is also a WEF Young Global Leader, discuss key business fundamentals. Niña Terol of Kick Fire Kitchen will handle a session on design thinking techniques, and Richard Dacalos of Upstart the Game will talk about effective pitching.

At the end of the day, participants will close the master class with a round of benchmark pitches.

In coming up with the 6 high-impact sectors, Damarillo stressed the importance of engaging the “Global Filipino.”

“We call them OFWs. That is so 1980s because we tend to forget that 10 million Filipinos are no longer in the Philippines and some of them go out to work overseas but a good part of them are Filipinos who have emigrated from the Philippines who still care a lot about the Philippines. And they remit a lot of money,” he said.

The masterclass workshops are free and organizers will choose 6 teams to represent each high-impact sector and attend the OCEAN18 in November. They will also get mentorship and assistance in getting access to markets.

Damarillo said that in encouraging entrepreneurship, the country should look to build “Filipino startups the Filipino way, not the Silicon Valley way, not the Singapore way.”

“I think the model that would work in the Philippines is more like the examples of Injap Sia of Mang Inasal, from small to big and growing it. An example more like Penshoppe of Bernie Liu, right from tshirt to an empire. More like Jay Aldeguer from tshirts to Island Souvenir,” Damarillo said during the press conference to announce OCEAN18.

Damarillo said that what differentiates OCEAN18 and the masterclasses from other events is that “we’re going grassroots.”

“We wanted to make sure that as many people are touched. Dili lang siya novelty, it impacts our overall economy not just the tech economy,” he added.

OCEAN18 is a collaboration among the Global Shapers Communities of the Philippines, independent initiatives of the World Economic Forum; DevCon Philippines, a nonprofit aimed at promoting IT Pinoy Talent, and Kaya Collaborative, a nonprofit dedicated to inspiring, educating, and mobilizing diaspora youth as partners to long-term, locally led social change in the Philippines.

Sing Your Story: learn about singing, songwriting in crash course by Cattski

IT was a night of fun and entertainment as SYKES Cebu marked its 15th anniversary at the Grand Hall of SYKES Synergis last July 20….