Celebrity chefs, Ninong Ry and Panlasang Pinoy’s Vanjo Merano released separate videos over the weekend in what appeared to be a throwdown-slash-collaboration between the two. Both personalities appeared in each other’s videos and showed viewers their own take on cooking the oh-so-controversial tinolang manok.

Anyone who’s seen either of the videos surely know by now that the reason the two chefs got together is because of an ongoing Twitter debate between lovers and haters of the traditional Filipino comfort food. The said debate—which many refer to as Tinola Slander—started in March last year but continues to persist today. Last week, famous meme accounts, FTTM and Kabulastugan, posted a screenshot of a tweet about it on Facebook. In less than 24 hours, the said posts had already had more than 20,000 and 1,000 reactions respectively and have been shared at least 3,000 times.

It was these posts that apparently drove the attention of Ninong Ry, Vanjo, and even global food brand, Knorr, to the Tinola Slander debate. Netizens were quick to tag the three on it, asking them to show haters how to properly cook tinola.

Needless to say, they were happy to oblige and just a couple of days later, the videos are now up, further proving that the power of social media—even a seemingly petty discussion about the culinary value of tinola—can get people to take action. In the case of the two chefs, it gave them a good reason to collaborate.

In Panlasang Pinoy’s video, he teaches how to make fool-proof traditional tinola. In the said video, he emphasized the importance of following small steps like making sure to properly sauté your aromatics and cook your chicken for a long time in low heat for maximum flavor. Meanwhile, Ninong Ry shows three different variations of the said dish: Tinola Risotto, Haianese-Inspired Tinola, and a leveled-up version of the classic recipe.

In all the recipes they prepared, both Ninong Ry and Vanjo emphasized the importance of using fresh ingredients and Knorr Chicken Cubes to ensure a truly hearty and meaty tinola. Knorr Cubes is a trusted kitchen aid that has been helping generations of moms feed their families with delicious and nutritious meals. It’s also well-loved by professionals for its ability to meati-fy any dish to make it more flavorful.

For years, Knorr has made nutritious meals more delicious for Filipino families. Today, select Knorr products have added essential vitamins and minerals to make your favorite dishes even more Nutri-Sarap. Join us on our mission for a healthier future for every Filipino by using Knorr in your everyday dishes. For more information, visit https://www.knorr.com/ph/nutri-sarap.html. 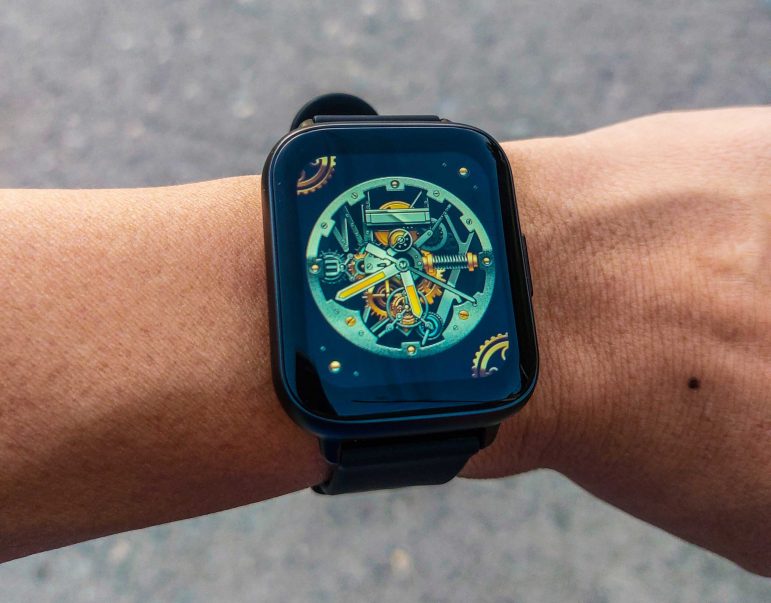 In the market for a smartwatch? Check out the DIZO Watch 2

A large and bright display, long battery life, water resistance, and competitive pricing make the DIZO Watch 2 an excellent option if you want a…

With more people now going out to buy their essentials and enjoy some retail therapy, PayMaya and The SM Store are making shopping more convenient…