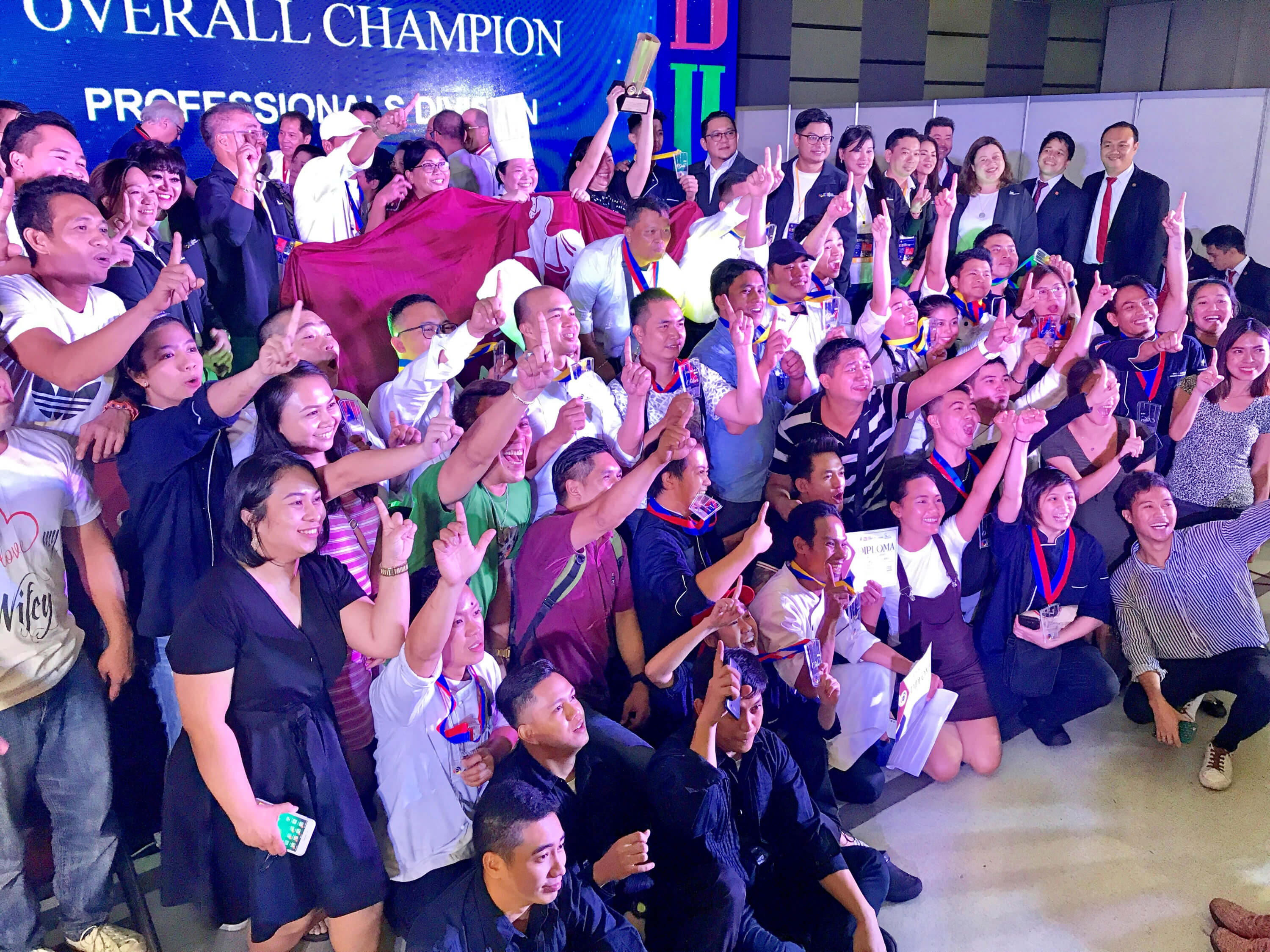 Cebu Goes Culinary happens every two years and the participants are different hotels, schools and establishments that are members of HRRAC – Hotel Resort & Restaurant Association of Cebu.

HIGHEST AWARD. Marco Polo Plaza Cebu got a Gold with Distinction for Table Setting, which means all judges awarded them 100 points. Restaurant Supervisor Loren Paul Escalante said that his work was inspired by how his grandparents would do traditional dinner dates.

Bagging the Overall Champion award in the professional category, the hotel garnered medals and diplomas in 18 out of the 20 categories that they participated in.

The highest award of Gold with Distinction was given to the hotel’s team who participated in the category Table Setting. Restaurant Supervisor Loren Paul Escalante said that his work was inspired by how his grandparents would do traditional dinner dates. They are the only team in the entire competition (including in all the other categories) to have received Gold with Distinction, which means all judges awarded them 100 points.

“It feels amazing since it is so difficult to achieve a perfect score in Table Setting. The judges are very technical and traditional in terms of table appointments,” said Escalante.

FOOD STYLING AND PHOTOGRAPHY. The hotel got a silver award for this entry.

OVERALL CHAMPION. Marco Polo Plaza Cebu was named overall champion in the professional category after its contingent got medals and diplomas in 18 of the 20 categories that it joined.

Marco Polo Plaza General Manager Brian Connelly shared a heart-warming message to the participants immediately after the awarding. He said, “Team, as you know I am not one for a loss of words. However, tonight I am struggling to find superlatives to describe my intense pride, sincere appreciation and professional respect for all of our associates who worked so hard to make this happen. A team is made of selfless individuals and leaders who together create a sum that is greater than the parts. Please allow me to extend my genuine heartfelt congratulations to all of those individuals who made today a hotel memory that will never be forgotten. After almost 30 years of being a General Manager, you have all made me the proudest I have ever been to be in a hotel team. Salamat.”

Marco Polo Plaza will feature some of the award-winning drinks and dishes at the hotel soon. (Press Release)

MANILA – Accenture is the recipient of the Talent Development Program award from the Information Technology and Business Process Association of the Philippines (IBPAP). The…

TUMI’s Fall 2018 Women’s collection fuses sophisticated and feminine elements with innovative function and design to create versatile designs for business and everyday use. These…