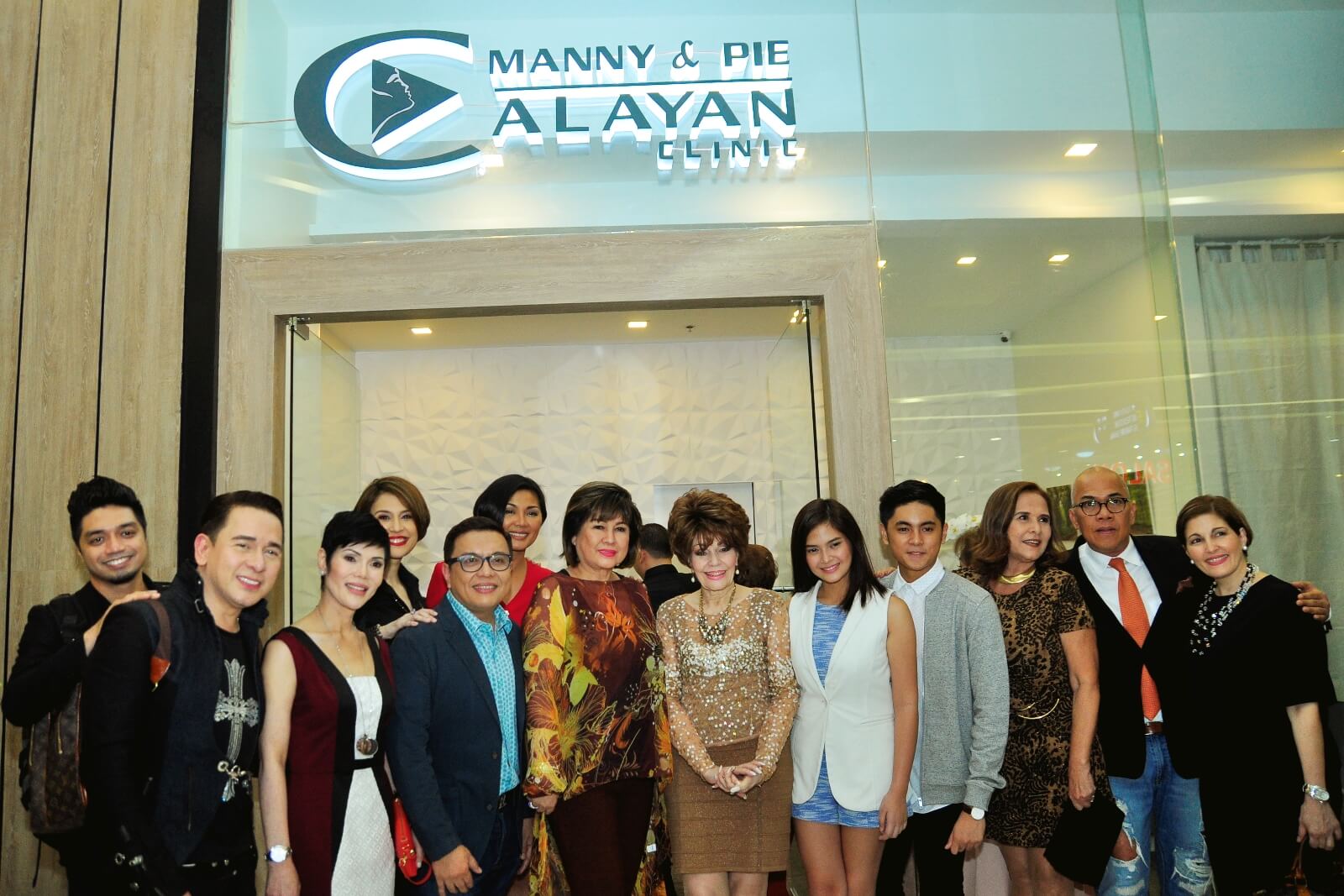 Manny and Pie Calayan clinic held a star-studded concert to announce the opening last July 3 of their clinic at SM Seaside City Cebu, the first branch outside Metro Manila and only one in the Visayas, the company said.

Held at the mall’s Mountain Wing atrium, the show was hosted by actress and television host Jackie Lou Blanco and celebrity host and performer John Nite. Asia’s Queen of Songs Pilita Corrales and the King of Acoustic Pop and Awit Awardee Nyoy Volante performed to the delight of mall-goers.

Guests who made special appearances included Anabelle Rama, Bianca Umali and Miguel Tanfelix, Plinky Recto, Princess Punzalan, and Pilar Pilapil, who all flew in to congratulate the couple dubbed as celebrity doctors to the stars. The couple was also interviewed by Boy Abunda.

STAR-STUDDED OPENING. The Manny and Pie Calayan Clinic opens at the 3rd Level of the Mountain Wing of SM Seaside City. (CONTRIBUTED PHOTO)

“With Cebu being a medical tourism destination in the Philippines, it was the right time for us to bring our breakthrough brand of holistic and alternative dermatology, and cosmetic and aesthetic surgery to the Queen City of the South,” said Dr. Pie Calayan.

“We’re branching out to reach a wider market and to make more accessible to our Cebuano customers the excellent treatment and trademark service that the Manny and Pie Calayan brand has been known since we first started it 21 years ago. We fly to Cebu weekly to personally attend to our clients. ” Pie said.

Pie said that as part of their holistic approach, she does not merely address the evident dilemma, but examines the root cause of patients’ breakouts to provide them with the most appropriate treatment for their condition. Dr. Manny, on the other hand, advises patients on how they can maintain their post-surgical figures for sustainable results.

The company said in a press statement that it was Dr. Manny and Pie Calayan who made their titular brand what it is today, a renowned and well respected name in the dermatology and cosmetic surgery industry in the country.

For 21 years, The Manny and Pie Calayan Clinic continued to bring in the latest medical techniques and top-of-the-line equipment to clients, including some top celebrities.

The clinic also said that “with the proliferation of unauthorized and unaffiliated clinics in the Philippines and abroad operating under the Calayan brand that they built, the couple changed their long established Calayan Surgicentre brand name to Manny and Pie Calayan Clinic to add further distinction for the benefit of the public.”

House of Anzani infuses an upscale touch to Cebu’s culinary landscape with its 7th restaurant and steakhouse Anzani Prime. The newest dining establishment that carries…

COL Financial, the Philippines’ most trusted online stockbroker, and SM Investments Corporation, the largest Filipino conglomerate, will be sharing secrets to investing success in this…