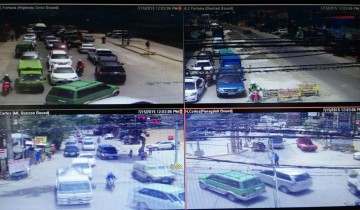 Cebu 6th District Representative Luis Gabriel Quisumbing said the traffic congestion in Mandaue City will ease by yearend with the completion of major road repairs. Quisumbing said he wrote the Department of Public Works and Highways to ensure projects are finished within deadline. He said DPWH assured him they will be doing 3 shifts in the last weeks of the project so as to make work 24/7.

He said the funding of projects set aside for the district amounted to billions of pesos the past few years.

Members of the Movement for a Livable Cebu (MLC) and Cebu Chamber of Commerce and Industry, however, asked Rama to look into options that will not involve uprooting the trees.

“Ï think everybody will agree with me that traffic in this area is tremendous. If we don’t address it now, then when and who will do it?” — Mayor Michael Rama, according to Cebu Daily News. “Yes, some trees will be affected. But we do not cut or remove anything without the consent of concerned agencies.”

Macaraig Canton, lead convenor of MLC, said among the things they agreed on during the meeting with Mayor Rama Tuesday night were:

Is Luigi Quisumbing planning to run for mayor?

Members of the Liberal Party offered hints that 6th District Representative Luigi Quisumbing may be running for a different post next year.

Members of the administration party gathered at the Mandaue City Sports and Cultural Complex Tuesday to celebrate Quisumbing’s 36th birthday.

Sun.Star Cebu reported speculations that Quisumbing will run for mayor, while Cortes will replace him in Congress. Quisumbing is in his second term, while Cortes is on his last term as mayor.

» NBI looks into report of ‘fake rice’ in Cebu; NFA 7 says they have gotten 4 complaints

Businessman Jaime Blas Villaceran was killed in an ambush at the intersection of Colon St. and Osmeña Blvd. past 7 a.m. yesterday, shortly after he…