Madridejos is often neglected by tourists who would rather go to Sta. Fe and its beaches. But this town, locally called “Lawis” has a lot to offer when it comes to heritage and tourism.

One of the landmarks to visit in the town is the old Spanish Kota Fort at the Poblacion. It is a small park that commemorates Lawisanon’s history and beginnings. It was said to be built in 1790 by first settler Gabriel Lazaro Mangubat, the founder of the Lawis Government.

Lawis was established in the middle of the 16th century and was the island’s first structured settlement. It was founded alongside the construction of Kota, or Fort in Spanish. The Fort is made of corals, stones, sand, egg white, sugar, and limestone. The fort served as watchtower and haven for locals during Moro raids in Spanish times.

Resident Daniel Espina, 81, said that when he was still a child, the Kota was a cemetery.

Lawis became a town in 1917 and the name was changed to Madridejos in honor of Archbishop Benito Romero de Madridejos, the then archbishop of Cebu.

The place has since been rehabilitated, beautified, and turned into a beach resort with a magnificent view of the Visayan open sea and a beautiful sunset panorama for everyone to enjoy freely.

The locals added a concrete footbridge that links to a floating balcony from which visitors can observe many species of marine wildlife.

There are also new spots where tourists and locals can relax and socialize anytime they visit the town. There are benches that overlook the water. Local artists also painted the seawall with various sea creatures.

A newly-constructed building is planned to be a restaurant with a rooftop where locals and tourists can relax.

There are those who say that tourism isn’t a priority in the town. When asked about this, town councilor and committee on tourism head Perla Bacayo said that Mayor Salvador Dela Fuente wanted to prioritize education.

Bacayo said that with the slow building of tourism, establishments have started to be set up in the town. What is worrying, however, is the appearance of drinking establishments. She said some students patronize these pubs, something that town officials frown up.

Bacayo also said that the lack of a tourism council hampers the growth of the industry. 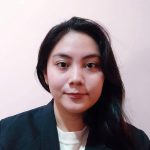