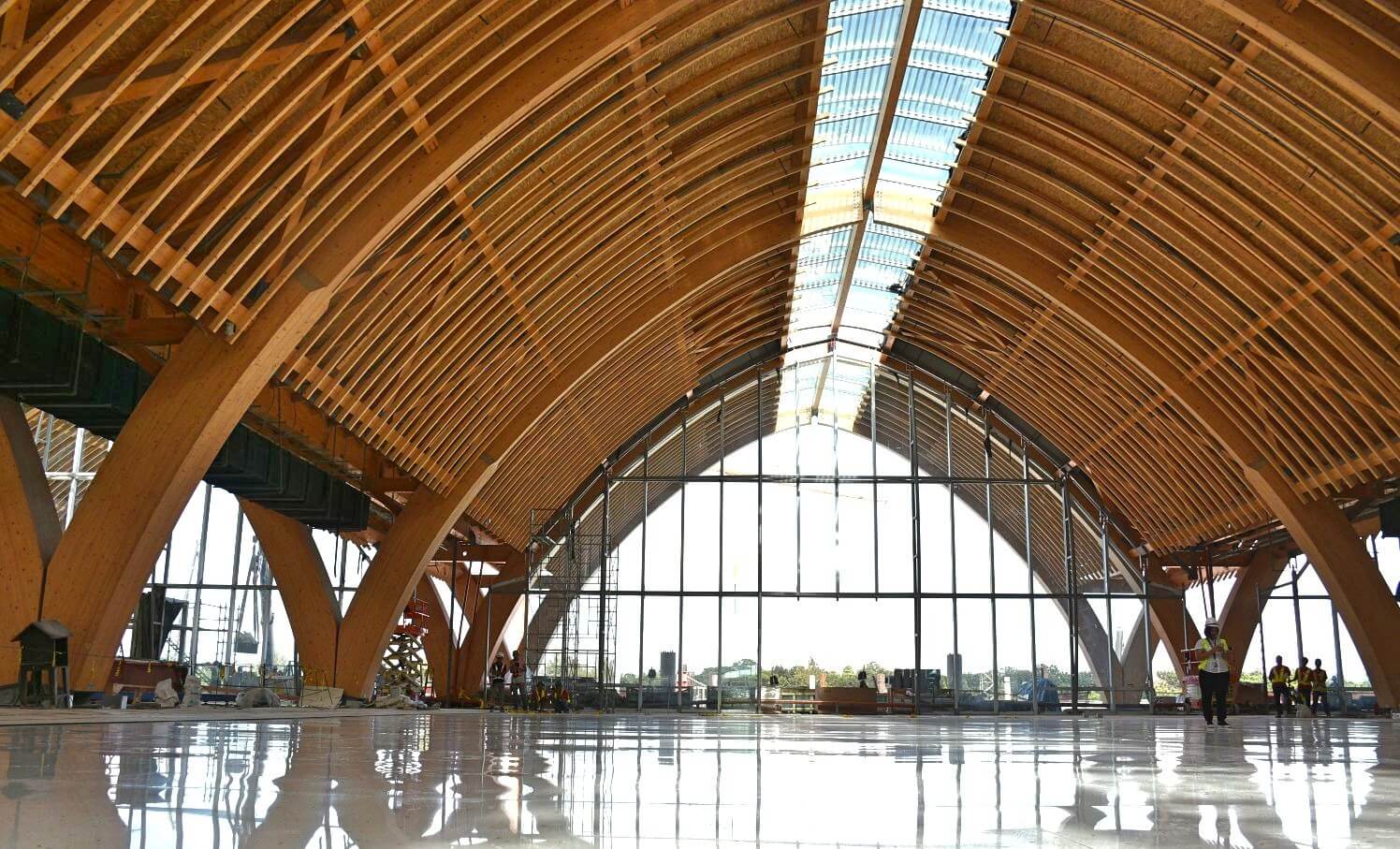 Terminal 2 of the Mactan Cebu International Airport (MCIA) is on track to open as scheduled by July 1 this year, but GMR-Megawide Cebu Airport Corporation (GMCAC) is working to have it ready to operate by the first of June.

In the lead-up to opening day, GMR-Megawide will invite stakeholders to check out and test the facility through a series of activities that will be held from April to June, said chief executive advisor Andrew Acquaah Harrison.

To be invited are representatives from the academe especially engineering students, media, and tourism industry such as those in the hotel, travel, and transport sectors.

There will also be open days when GMCAC, the consortium managing the terminal operations and other related areas of MCIA, will invite members of the general public to register for a tour of the facility, according to branding head JR Torres.

CONSTRUCTION UPDATE. Mactan Cebu International Airport Terminal 2 is on track to open as scheduled by July 1 this year.

Harrison added that the new terminal will have three levels with total space of 65,000 square meters and increase the Cebu airport’s passenger capacity to 12.5 million.

It pays tribute to Cebu as a resort island and Cebuano heritage of furniture making in the terminal roof that uses glulam, first ever use of the material in an airport, and mimics ocean waves. Glulam, also called glued laminated timber, is made up of layers of wood bonded together with structural adhesives.

The new terminal will have a spacious and airy atmosphere, featuring ceilings that are 26 meters high and full glass walls. The polished concrete floor will have mother of pearls mixed in so it would sparkle like sand in the sunlight.

SPARKLING FLOOR. The polished concrete floor will have mother of pearls mixed in so it would sparkle like sand in the sunlight.

Located on a separate floor from the arrival area, the departure level will only have two check-in islands but with several counters.

MCIA eyes passenger traffic of 11.2 million in 2018, an increase of 12 percent from last year, with the opening of Terminal 2 and the launch of new flights out of Cebu.

GMCAC credits the positive growth in MCIA’s passenger traffic to its destination marketing initiatives and its positioning of Cebu as gateway to the rest of the Philippines and major transfer hub to international destinations. Harrison said they will continue with their efforts in this direction.

Once the new terminal is operational, Torres said they will start a major renovation of Terminal 1. GMCAC had started initial rehabilitation of the old terminal when it took over management of MCIA and put up a rooftop solar power system that resulted in monthly savings of P1.2 million in electric consumption.

Grab, the leading on-demand transportation and mobile payments platform in Southeast Asia, and Samsung Electronics, one of the world’s largest electronics companies, announced that they…