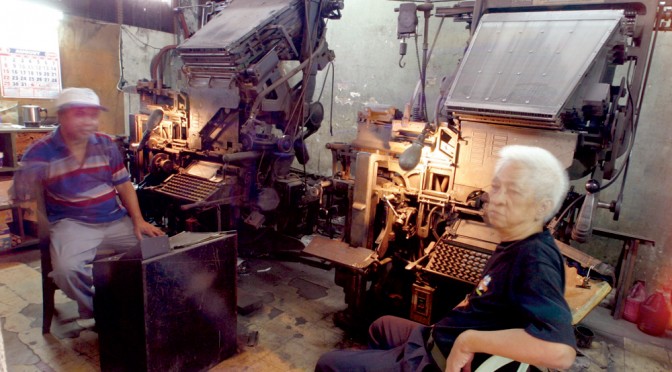 For generations, men slaved over heated metal for love of the printed word. Then the affair turned cold.

Before the advent of computer-aided publication, newspapers were printed using a Linotype machine. When it was introduced in 1886, Ottmar Mergenthaler’s invention was hailed by Thomas Edison as the “eighth wonder of the world.”

The Linotype was strictly a one-man affair: an operator or compositor used a 90-character keyboard to produce a solid “line of type” (hence the name). He had to heat the metal to about 550 degrees Fahrenheit before he could begin setting.

Although this man-made wonder could produce from five to seven lines of type per-minute, the process was dangerous, messy and—the death knell for all affairs—extremely demanding.

LINOTYPE OPERATORS. First introduced commercially in the USA in 1886, the linotype was used by newspapers to cast lines of type, rather than individual letters, hence its name, “line-o-type.” Sitting in front, the machine operator enters the text on a keyboard. The machine assembles letter molds to make a line. Heated metal is used to cast the assembled line as a single piece, called a “slug,” which awaits placing in a press for printing. After printing, the slugs can be melted again for use in other jobs. (Photo by Alex Badayos and provided by CJJ)

In the white heat of beating deadlines, many printers burned their fingers handling the hot metal. Ink-stained operators needed speed and skill in composing each word with matrices (small pieces of brass in which the characters or dies are stamped) and spacebands (steel wedges to spread out the line of matrices.) An error meant re-setting two or more new lines at a later stage, setting back further the process.

Molten metal was then poured into the mold holding the matrices and spacebands, casting the slug. A blade ejected the slug from the mold; trimming knives reduced the slug to the appropriate size.

Much diminished, the slug was delivered to the gallery for printing.

This casted Linotype mold contains the composed text intended for printing on a proof press or letterpress printing machine. (Photo by Alex Badayos and provided by CJJ Media Gallery)

It thus came as no surprise that printers had no second thoughts swapping the seven-foot-tall, six-foot-wide and six-foot-deep Linotype for a much smaller, faster and more discreet fellow.

Modern web-fed presses can handle multiple four-color and single-color printing units. Aside from high volume printing, the web press can print on both sides of the paper, cut, fold and punch.

The cold-set web versions can even print lower volumes on smaller sizes—proving that, when it comes to making love to the mind, a cold press handily wins over hot metal.

Play the video below to watch one of the museum’s curator talk about the machine.

Play the video below to watch a YouTube video of a Linotype machine in action.

(This article is part of a series on Cebu tourism and heritage supported by Smart Communications, Inc., the country’s telecommunications leader.)

Cebu Daily News publisher Eileen Mangubat used this typewriter before she became Sun.Star news editor. She then passed it on to Edralyn Benedicto, a Sun.Star… 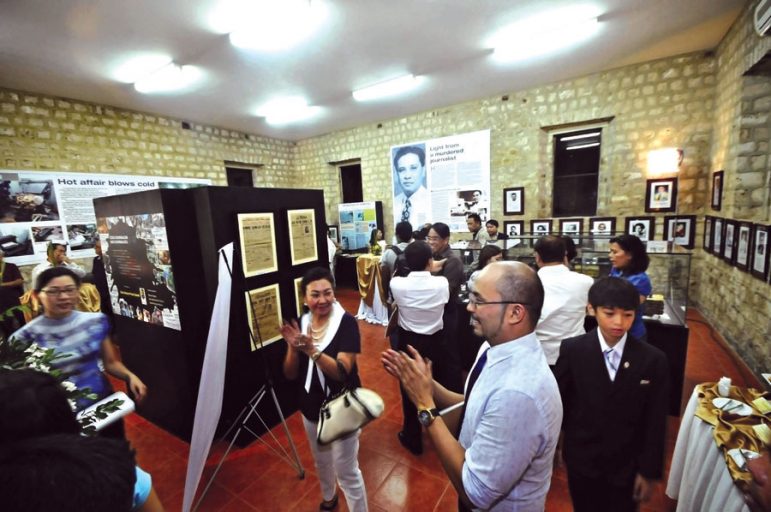 The Cebu Journalism and Journalists (CJJ) Gallery officially opened on September 24, 2010 to showcase the vibrant journalism in Cebu. It is the first community…