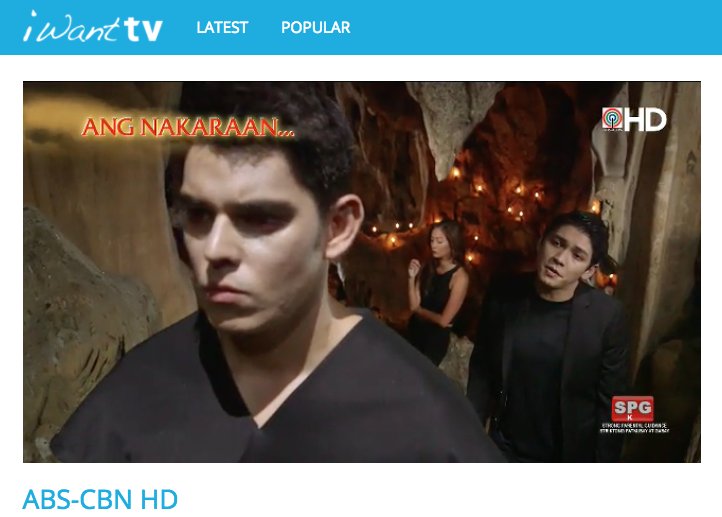 Filipinos love their TV shows and they show it on social media especially on Twitter. #LaLunaSangre, ABS-CBN’s newest fanta-serye debuted on Monday, 19 June 2017. The episodes from this week erupted on Twitter, hitting more than 3 million Tweets (19-23 June 2017).

#LaLunaSangre is the third chapter of Lobo, a fantasy horror TV series about werewolves and vampires.

It’s also the sequel to Imortal, a popular fantasy show in 2008. Both #Lobo and #Imortal were highly rated and hugely popular shows of ABS-CBN network. La Luna Sangre stars highly acclaimed actors, who are some of the most followed personalities on Twitter in the Philippines: Kathryn Bernardo (@bernardokath), Daniel Padilla (@imdanielpadilla), Angel Locsin (@143redangel), John Lloyd Cruz, and Richard Gutierrez.

Here are the top Tweets of the week related to #LaLunaSangre:

The pilot episode reintroduced Mateo (John Lloyd) and Lia (Angel) as the mother of Malia (portrayed by Kathryn Bernardo). It also presented Richard Gutierrez as Sandrino the Supremo or leader of the vampire rebel group. The episode was embraced by Twitter users despite the main cast not appearing yet – Kathryn Bernardo and Daniel Padilla. Here are the most talked-about moments on its pilot week.

1. On its pilot episode (19 June), the flashback of Lobo and Imortal was shown to help viewers remember history of the vampires and werewolves of the show. The group of ‘ang mga bes’ composed of the young Malia and her friends was also introduced, with their cuteness and innocence, as well as acting talent captured the hearts of the viewers. In fact, it generated 180,000 Tweets per minute.

2. Last night’s action-packed encounter between the good side and the bad side, and the sacrifice of Mateo and Lia to protect their only child Malia captured the heart of the viewers. On 23 June, from 7-8 pm, with its episode #LaLunaSangreAngPaghaharap, it recorded 100,000 tweets per minute.

3. The prophecy that dictates the fate of Lia and Tristan was revealed. This changed the peaceful and simple life of their family. On this episode last June 20, this destiny was the most talked-about topic on Twitter in the Philippines with more than 80,000 tweets per minute.

Fans of the show proved their love and appreciation to #LaLunaSangre by creating different hashtags everyday as the conversation flows on Twitter. Below are the most-used hashtags of the week.