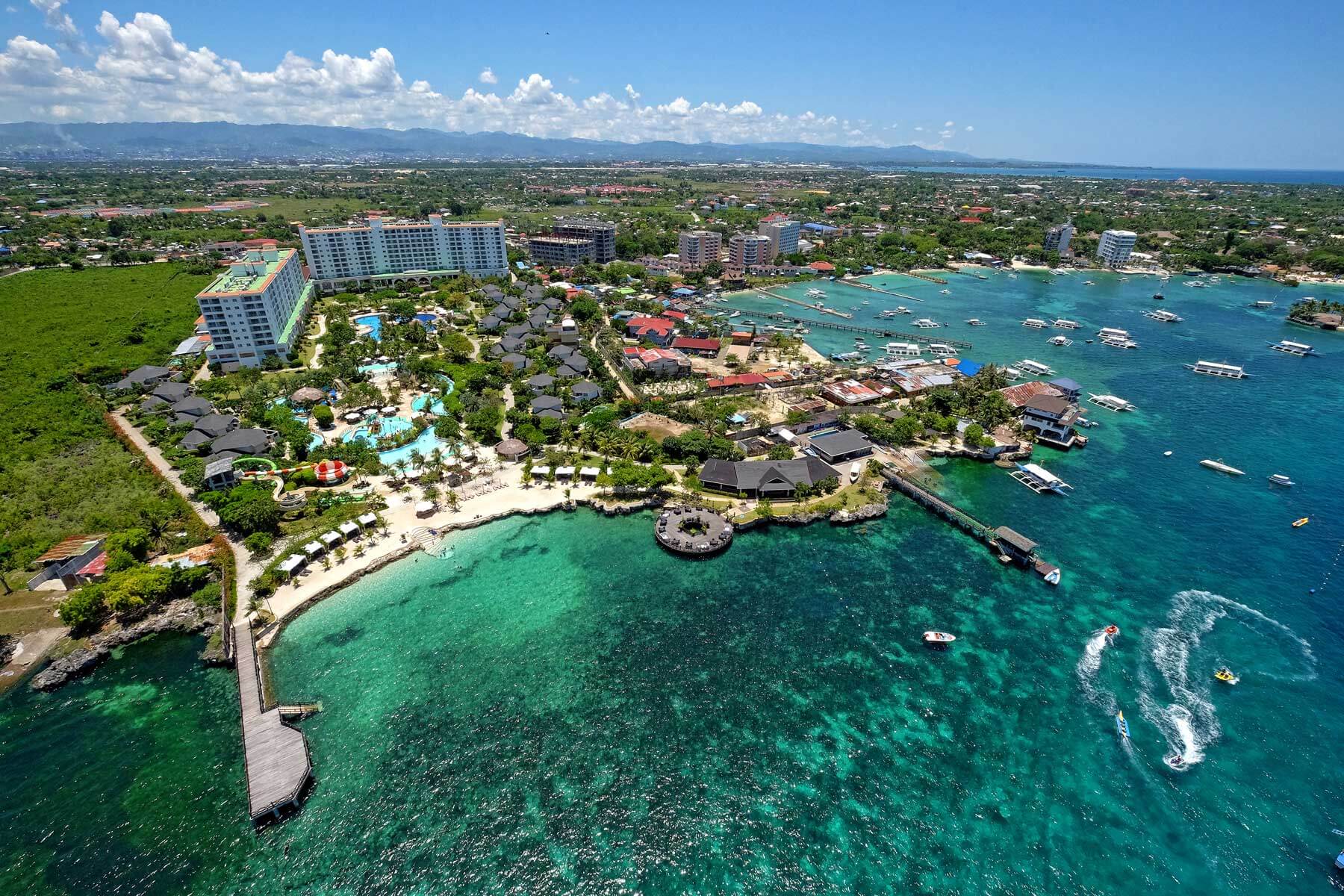 Though Jpark Island Resort is known for its grand five-star waterpark, the Cebu resort has a strip of beach and sea that is just as enjoyable.

The family resort in Barangay Maribago, Lapu-Lapu City has a coastline of fine golden sand framed by jagged rocks and bordered by a sea that several varieties of fish have made their home.

JPARK ISLAND RESORT. Apart from being a grand five-star waterpark, Jpark Island Resort also has a strip of beach and sea that is just as enjoyable.

Sports, entertainment, and activities (SEA) manager Carlo Cajoles said what few people know is that the area of water fronting the Jpark Island Resort and Waterpark has been declared a protected area and on its way to becoming a marine sanctuary.

Among the fun activities that guests can do at the beachside of this premier Cebu destination are fish feeding and snorkeling.

Drop bits of bread pieces on the water and watch schools of fish swim around you, each one trying to be the first to gobble up the food.

The fishing feeding happens even in knee-deep water and a small piece of bread can bring them by the school-loads. Some mistake your legs for their daily feed so don’t be startled if you feel a soft nip or two. It is not painful but can certainly take you by surprise.

Since it became a protected area where fishing is banned, several species have made the sea off Jpark Island Resort and Waterpark their feeding grounds.

Cajoles said their effort to ensure the protection of the marine environment has paid off.

FISH FEEDING. Guests watch schools of fish feed on the bread pieces they dropped on the water.

Another activity that Jpark Island Resort offers its day use and stay-in guests is snorkeling just a few meters from shore where the shallow sea tapers off into a wall of corals underneath.

Cajoles said their joint effort with the University of San Carlos (USC) marine biology section is finally bearing fruit in the number of corals growing on the seafloor.

Jpark provides the snorkeling equipment for free to guests. A boat brings them out to sea for a one of a kind snorkeling experience, he added.

According to him, the underwater scene right in front of Jpark is one of the best spots here in Mactan.

SNORKELING. The underwater view just off Jpark Island Resort. The resort offers its day use and stay-in guests the chance to snorkel just a few meters from shore where the shallow sea tapers off into a wall of corals underneath.

Get updated about Jpark Island Resort by following its accounts on Facebook at www.facebook.com/jparkresort, on Twitter @jparkresort.

BPI/MS Insurance Corporation, a joint venture of the Bank of the Philippine Islands (BPI) and Mitsui Sumitomo Insurance Company, one of the largest non-life insurance companies in Japan, has released an innovative new smartphone application. Called “My Safe Drive.” the app aims to promote safer and smarter driving in the Philippines.