A marker to honor the late Supreme Court Chief Justice Jose Abad Santos is the newest tourist attraction in the heritage city of Carcar in southern Cebu.

Carcar is known as the shoe capital of Cebu. Its famous native delicacies are chicharon, bocarillo, and rice crispies commonly known as ampao. It is also known for the scenic line and canopy of century-old acacia trees in Perrelos.

Abad Santos is honored as a hero who chose to stay in the country during the Japanese occupation when he could have fled abroad.

When he was captured, Abad Santos also refused to betray compatriots and collaborate with the invaders.

Abad Santos was chosen to be the Chief Justice of the Supreme Court in 1941 and took his oath before President Manuel Quezon. Just days after his designation, Japanese forces started their invasion. As the enemy came nearer, Abad Santos and other high officials such as President Quezon, Vice President Sergio Osmeña, were advised by General MacArthur to evacuate Manila to Corregidor. The place, however, was also bombed and was no longer safe for them.

On February 2, 1942, General MacArthur again proposed to evacuate from Corregidor to the Visayas and on the 19th, they started their escape and headed south. The next day, the group with Abad Santos started to sail “when the moon had set” through a US submarine named Swordfish and reached San Jose de Buenavista, in Antique, at 2:40 A.M. on February 22.

From there, he, together with his son Pepito, and Vice President Osmeña traveled to Iloilo City by a vessel SS Don Esteban that the other group was sailing and they arrived at night on the same day. After buying their needs, the group left Iloilo, then traveled again to Bacolod City through MV Princess of Negros on 23rd. They lodged in the house of Provincial Governor Dr. Antonio A. Lizares.

President Quezon was then advised by General MacArthur to go with him abroad. The general also invited Abad Santos to flee the country but he refused. By choosing to remain in the country, he was given by President Quezon governmental powers such as inspecting and supervising the needs of forces and taking measures to fight the invasion in the unoccupied areas such as Cebu.

On Good Friday, before Abad Santos proceeded to Cebu, he met Colonel Manuel Roxas who invited him to go with him to Mindanao but he again declined. Abad Santos said he intended to go to Cebu and was warned by Colonel Roxas that he might be captured and killed by the Japanese forces, The chief justice, however, said “If such is my fate, I am ready to meet it; but in the meantime, I shall continue discharging the duties which the president has vested on me.”

Abad Santos arrived in Cebu City on April 7 by a ferry boat together with his son, Colonel Benidito Valeriano.

On April 10, 1942, upon hearing the news of the fall of Bataan, Abad Santos evacuated to Naga. Upon learning that the Japanese forces had landed in both north and south of Cebu, he planned to return to Negros by way of Toledo, but the route, and most areas had been blocked and occupied by the Japanese.

Abad Santos and company drove south through the Carcar-Barili highway. While on the way, they stopped by for information and a Maximo Noel n warned them that the Japanese landed in the Barili and was proceeding to Carcar. Noel advised them not to continue.

In the morning of April 11, 1942, they were captured. When Abad Santos refused to cooperate with his captors, he was ordered executed via a firing squad.

When he was to be executed in Malabang, Lanao Del Sur, in early May of 1942, his son Pepito ran toward him. Abad Santos told him not to cry and to show the occupiers that he was brave.

“It is a rare opportunity for me to die for our country, not everybody is given that chance,” Abad Santos was said to have told his son.

Many people now visit the obelisk to have their photos taken with it. The monument offers a panoramic view of the mountains of Cebu.

A buko vendor said it is a favorite spot of motorcycle riders, especially on Sundays. 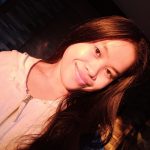 Marilyn Cubar is a Bachelor of Arts in Communications student of Cebu Normal University.