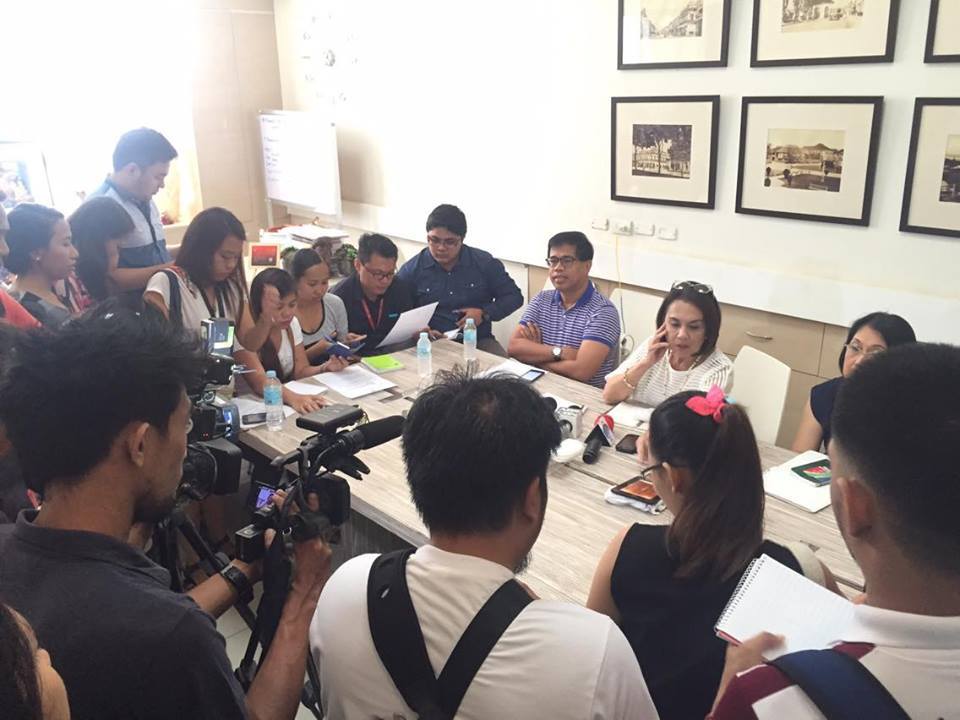 They are not going to be renewed until we find out what they’re working on, unless they are validated. They are supposed to be project-based only. Acting Cebu City Mayor Margot Osmeña.

Mandaue to buy CICC in 6 months

Mandaue will be buying it and part of the commitment after the acquisition of CICC is to continue the plan to establish a product exhibition center and provide offices to the Mandaue Chamber of Commerce and Industry and the Department of Trade and Industry. Vice Mayor-elect Carlo Fortuna.

TWO vehicles with the vanity plate mayor were turned over at the South Road Properties, where all the vehicles owned by the Cebu City are being kept, upon the recall order of Acting Cebu City Mayor Margot Osmena. However, the return of the two vehicles only elicited more questions from Osmeña, who wondered why suspended Cebu City mayor Mike Rama had two vehicles.

“The other (newer) one just came in last March, after his suspension…but still, why will we get a new one when the other one is not that old?” Acting Cebu City Mayor Margot Osmeña.

“He used the other one as a decoy. That’s how paranoid Mike Rama was.” former Cebu City councilor Augustus Pe Jr.

» Cebu Daily News: Donnie ready to take on the best in 112 division

This is the roundup of top Cebu news stories today, May 31, 2016. Cebuana running sensation Mary Joy Tabal qualifies for Rio Olympics After failing…