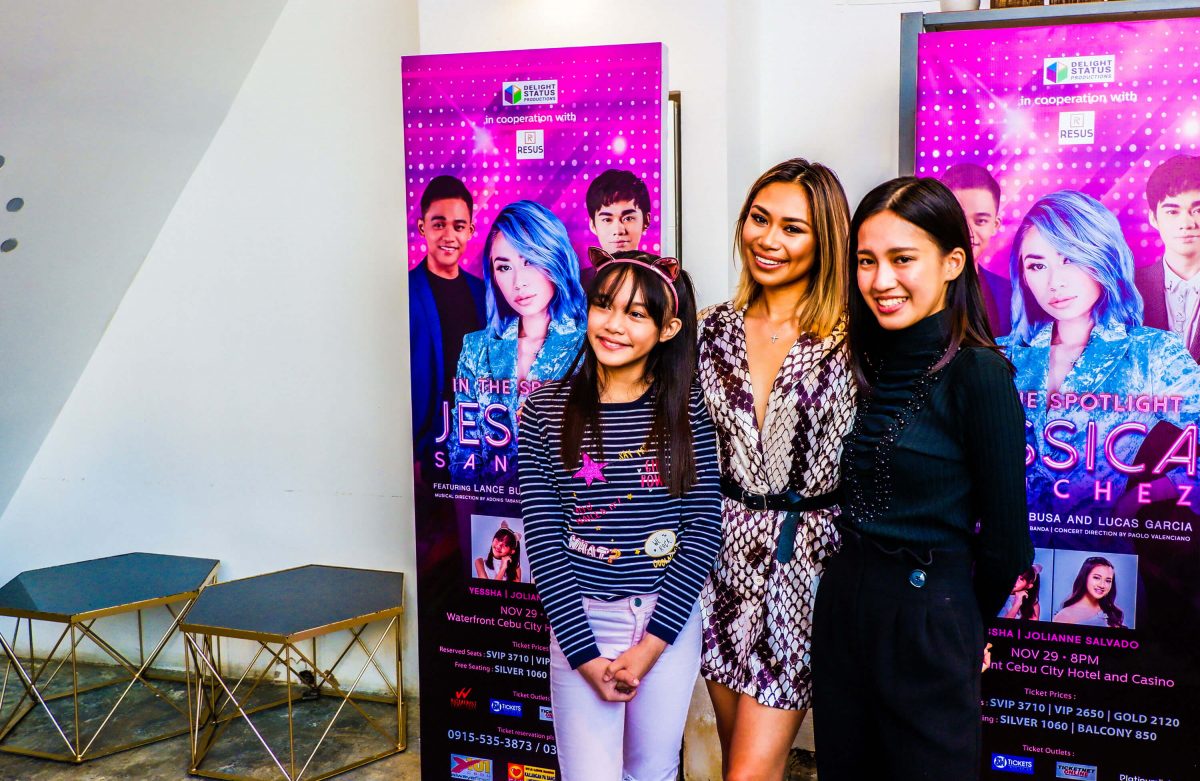 American Idol singing sensation Jessica Sanchez is returning to Cebu with her first major concert here on November 29 at the Waterfront Cebu City Hotel and Casino.

Sanchez rose to prominence in her stint with American Idol, which included a dramatic save by the judges after she was nearly voted off. She was just 16, a petite singer with a soaring voice highlighted when she performed “And I am Telling You.” Her season culminated with a masterclass vocal calisthenics with Jennifer Holliday in the series finale, which many still litigate on YouTube that she should have won.

She sang a snippet of the song in yesterday’s press conference at The Pyramid in IT Park in Cebu City. Seated, she still soared.

Her previous performance here was “more unplanned, kinda last-minute thing” but still the Cebu audience was great. She said that’s why she is looking forward to performing two weeks from now.

“It will be a lot of fun. There’s gonna be ballads, there’s gonna be dance songs, group numbers,” she said when asked what the Cebu audience can look forward to during her concert. She said she will also perform the songs she sang in American Idol.

“In the Spotlight: Jessica Sanchez” will have two rising Cebuano stars as front acts, Yessha and Jolianne Salvado. The two artists confessed to looking up to Jessica as music idols in yesterday’s interview. Lance Busa and Lucas Garcia will also be performing.

Sanchez said she is considering purchasing a condo in Manila because she looks forward to more performances in the country. She said she only realized later how big her support base was here.

When asked how she prepares for a major performance, she said it takes a lot of effort for an introvert like her to prepare to perform in the spotlight. She drinks a lot of water, takes in jars of honey, and then just be by herself to focus on the performance 30 minutes before she goes on stage.

Lite Shipping Corporation will launch on Monday its latest vessel M/V Lite Ferry Five, which was completed just this year, built in China and classed…

After its successful run last year, PLDT wireless arm Smart Communications, Inc (Smart) has partnered with The SM Store once again to give loyal customers…